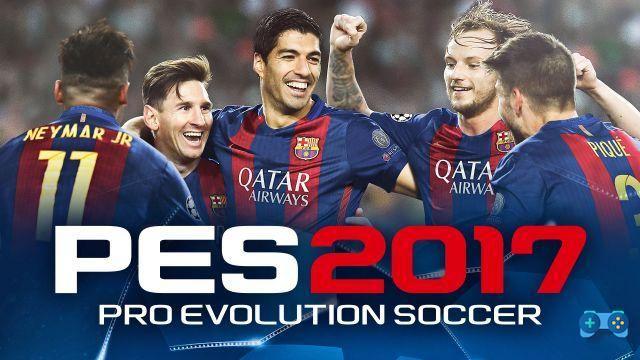 Let's see what it adds.

The new Data Pack begins by adding the popular myClub mode to the free-to-play version PES 2017 Trial Edition. MyClub mode introduces new players to the gameplay elements needed to form their winning team. Users will be able to buy players for their team through points accumulated through in-game objectives or through micro-transactions. From now until 23 February players who start myClub mode for the first time will immediately receive a Special Agent who will give them the chance to earn a UEFA Team of the Year star and a PES Player Agent who will help them upgrade their squad.

Players like Aaron Cresswell, Jordan Henderson, Idrissa Gueye, and Roberto Firmino they were perfectly reproduced by the KONAMI artist team. The update adds a considerable number of faces from the stars of the leagues of France, Italy, England, Brazil and Argentina. Also included were some Liverpool FC Legend players - PES 2017 Exclusive Partner - including: Michael Owen, Ian Rush and Robbie Fowler who will also join MyClub. Barcelona FC - Premium Partner of PES 2017 - will have a significant update, with new top team members added alongside new Legend players who will be featured in myClub, including Lilian Thuram, Ludovic Giuly, Laurent Blanc, Hristo Stoichkov and Ronald Koeman.


In addition to visually enhancing the faces of some of the best players, Data Pack 3 introduces eight classic kits of Borussia Dortmund used between the years 1975-2012, to remember the most famous moments of the German team during its climb to the top of the world rankings. The Data Pack also adds brand-new pitchside billboards to the game and, as a world premiere, the Adidas ball that will be used in the 2016/2017 UEFA Champions League final in Cardiff in June. Finally, the new boots from Nike, Adidas and Puma are also included.


Do you want to complete all the achievements and trophies and know all the tricks, guides and secrets for your video games? SoulTricks.com is a group of video game fans who want to share the best tricks, secrets, guides and tips. We offer the best content to be a source of useful information, so here you can find guides, tricks, secrets and tips so you can enjoy your games to the fullest. Are you ready to get all the achievements of that game that you resist so much? Enter and enjoy your favorite video game to the fullest!
CES 2018, Razer announces new PC speakers: Razer Nommo and Nommo Pro. ❯

FNAF World, the new RPG from the creator of Five Nights at Freddy's