Let's go back to building worlds, even on Nintendo Switch.

We have already had the opportunity to tell you several things about Lego Worlds last spring, when the Warner Bros. title was published for the first time in almost all sauces and on almost all consoles available, as a good Lego title. It remained out of the loop, paradoxically, the most promising laptop / fixed of all, on which we believed that Lego Worlds could give the best of himself: Nintendo Switch. You want it because it was launched on the market too recently, you want the development of Lego Worlds which lacked the dev kits delivered on time, on Switch the title has been postponed to date to be destined.

To be allocated until last September, when Lego Worlds has also officially arrived on the new hybrid of the Kyoto House. Bringing with him all the strengths and expansion packs of the siblings already born, of course. But also a few too many flaws that immediately distinguished him as the black sheep of the family. Let's see what went well and what went wrong on the Nintendo Switch.

Is two screens better than one?

Let's start with the merits, otherwise the question immediately ends badly. Nintendo Switch is the only handheld console where we will be able to experience a truly next gen Lego adventure, the most advanced system from a technical point of view, in step with the times. A point in favor. Second point in favor: two screens. One for the laptop, if you want to play in handled mode, one fixed (the home TV) if you want to play on the sofa. The convenience of "switching" it is inherent in the console itself. But in fact, we are talking about the merits of the console, not the conversion of the game for that console. And speaking of the latter let's start with the problems.

First, the control system. The default key layout on the controller is obscene, one of the least intuitive you can think of. Not only that: the keys are not possible 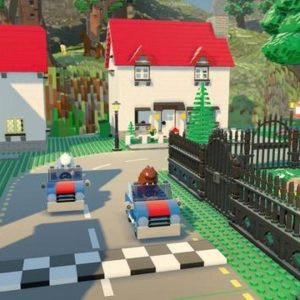 change, because the arrangement is in no way configurable. In general, moreover, if it is true that such a game has many options and bringing them all back to the pad certainly presents many difficulties, some choices of the developers are really questionable: one above all, the X key which with a simple and light pressure equips the last tool used, showing the radial menu for selecting the various tools by keeping it pressed and, in proximity to a vehicle, enters the driver's seat.

It will happen not a few times that you have to put the instrument back in place of the radial menu or have to move away from the vehicle if you want to carry out one of the actions just mentioned; the back keys are delegated to zoom in and zoom out while perhaps, as happens in Minecraft, they would have been more suitable as action keys. In short, we are not talking about an irreparable defect of the game (and by dint of playing you will get used to the keys positioned in a certain way) but the inclusion of the legend of the commands at the bottom right of the screen that can be consulted at any time seems almost a ' admission of guilt by desperate developers, who keep remembering how to use the keys precisely because they know that they are the "difficulty level" of Lego Worlds.

You say: okay, the keys will also be impossible to memorize or use comfortably, however at least I can play in two with a friend by "disconnecting" the Joy-Con. Instead, really for nothing. To play in two you have to use two pairs of Joy-Con or a pair of Joy-Con accompanied by a Controller Pro. In short, it is impossible to use a single remote control each as for many other even more “complex” Lego Worlds productions. Of course, the negative is balanced by the online and offline fun of a whole world of bricks to destroy and rebuild in the company of friends. Too bad that the experience is marred by the general lag, true identity card of the porting on the laptop, and by a ballerina fluidity and in any case always inferior to the PC / PS4 / Xbox One counterparts.

The heart of the production remains unchanged. In the two years of its early access Lego 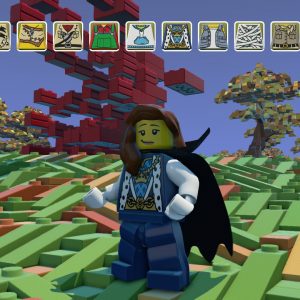 Worlds he managed to entertain by leveraging "only" two elements: the variety of game worlds and the extreme customization of each mechanic present. Basically, we entered randomly generated worlds, which could therefore be of all kinds, and not only began to destroy, but above all to build, to your liking. And in every detail: from the rock at the end of the road to the trees, to the same “clods” that form the surface of the ground, and so on until the courses of the rivers, the height and location of the mountains and all the rest are moved. Lego Worlds means precisely this: the worlds of lego. Worlds completely modeled by the player, without any limits. Now the creative mode and the adventure are available immediately, greeting the annoying tutorials with the hand: therefore we close with a last welcome trick of the developers.

Lego Worlds on Nintendo Switch is a port: let's start from this point of reference. What do we need to evaluate? The game itself? The game itself is a full 8, we already explained it to you in the review last spring. We have to evaluate the conversion, rather. And the conversion, as long as a serious patch doesn't come out to fix a few things, doesn't do the title at all. Not at all. There are all the faults of the counterparts, plus someone who came out for the occasion. The only positive side is the portability and the exchange system between dock and handled mode: advantages of the console, not of the title. 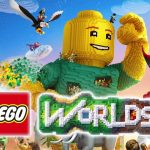 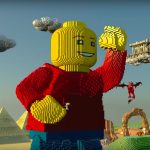 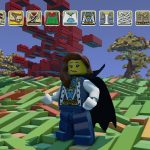 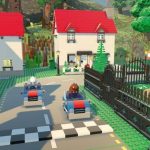 add a comment of Lego Worlds review on Nintendo Switch