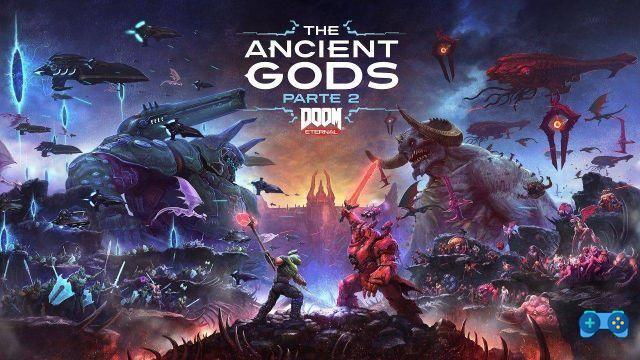 Bethesda e Id Software have finally published the second part of the DLC di Doom Eternal: The Ancient Gods. The latest expansion that puts an end to the events of Doom Slayer and his struggle to save the human race from Martian demons. This is a second package certainly worthy of note (a tad less inspired than the first part, of which you can read our review here) is that it represents a real training for the player's hands and reflexes.

Fortunately, it is not the result of inaccessible controls; with this DLC, id Software has added the'option to completely remap controls on console. Even with this new flexibility, after a few hours of playing with the new expansion, your palms and fingers start to hurt really bad. The Ancient Gods Part 2 pushes players to use every square inch of the arena. There are so many demons to kill, something that will make the Doom Guy's many guns happy. Far from being just a set of three new levels, Doom Eternal: The Ancient Gods Part 2 introduces numerous new enemies, a new aerial crossing mechanic, and a new weapon, all of which change the flow of battle for the better..

We had our moments of frustration with The Ancient Gods Part 1, most resulting from the introduction of new enemies (such as Turrets featuring a huge retractable eye on their top) that required pinpoint accuracy to take down. But The Ancient Gods Part 2 while going in a diametrically opposite direction is in some moments even more frustrating and bloodsucking. A new addition to the bestiary, the Cursed predator, he can (as the name suggests) curse you if he manages to land a hit with his attack. To break the curse, you must then kill the Cursed Predator. Simple enough. 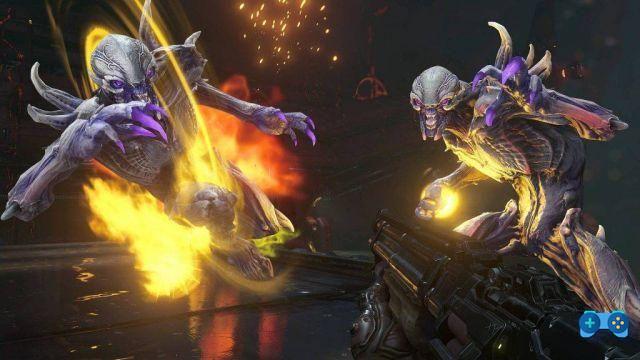 But this enduring creature can only be killed with a Blood Fist. And, if you don't have one ready, you'll have to kill lots of other fearsome monsters to get the temporary boost. Hence, the Cursed Predator encourages you to dive headlong into the fray. It can be frustrating to get hit with a curse and start losing health in the midst of a tough battle, but it's a change for the better towards the frantic movement and away from the occasional inertia of having to take aim in the first DLC.

Likewise other new enemies keep the gameplay more than dynamic. The vigorous stone imp is a variant of the IMP that enhances the enemy's defense with a rocky layer of skin. To take him down, you'll have to use the shotgun's automatic fire mode in order to riddle him with bullets. Then there is the Armored Baron which can be shot down quickly with a timely, well-aimed blast, or slowly consuming it with the plasma rifle. And then there is it Howler zombie, which we advise you to avoid altogether; killing him would temporarily increase the speed and defense of any other enemy in the area.


In flight everything is more beautiful

In short, The Ancient Gods Part 2 is a real dance between lightning-fast movements, use of the power ups present in the levels and sudden weapon changes. A ballet further encouraged by the use of butcher hook available to the shotgun which will act as a life-saving grappling hook during the most extreme clashes. Thanks to the oscillatory movement, the player can better calibrate the aerial movements and have greater overall freedom while he is intent on shooting at the enemies on duty. A really powerful feature but as long as you know how to master it, both to defend yourself and to offend. We guarantee that it will serve you in many situations proposed by the DLC in question (especially at the highest difficulties).

That said, The Ancient Gods Part 2 also offers you a new weapon to help you better manage the frenzied pace of play: The Hammer of the Sentinels. This is an incredibly useful death tool when there are a lot of enemies, especially when used in conjunction with ice or explosive grenades. The new weapon launches you into the air allowing you to crash into the ground with astonishing power to kill all small enemies and stun heavy enemies within a rather large radius. This way you can temporarily escape the conflict by rethinking your strategy, healing yourself and returning to the fray again. It's so useful that it would also look great within the original Doom Eternal campaign or the first DLC.

Like the base game and the first part, history by The Ancient Gods Part 2 it is at the center of everything. You have opposed the gods and awakened an ancient evil. Now you must assemble the armies of the Sentinels, besiege the last bastion of Hell, breach the fortified walls and face the Dark Lord himself. The stake is the soul of the universe.

There is qsomething already seen? More or less!

Our only complaint regarding The Ancient Gods Part 2 is the last thing you'll do before you get to the credits. The final boss looks like a kind of mocked and intentional caricature aimed at the critics of (Marauder) Marauder, the multifaceted enemy warrior who can inflict damage on the Doom Slayer from any distance and only hit when his eyes glow green. The final boss is basically a giant version of the base enemy, with the same set of moves and the ability to summon ghostly versions from the roster of heavy enemies in the game at will. If the boss lands a melee attack, the Doom Slayer loses healing orbs which the boss uses to restore his health. Thus, you may be able to reduce the boss's health to almost zero, but if he hits you with two melee attacks, his health will be recharged again. Without considering that there are five stages to be faced. It is a grueling, deeply frustrating struggle that will leave you truly lifeless when finished. Really, it's not for everyone and we have no intention of going back to it, at least not in the short term! 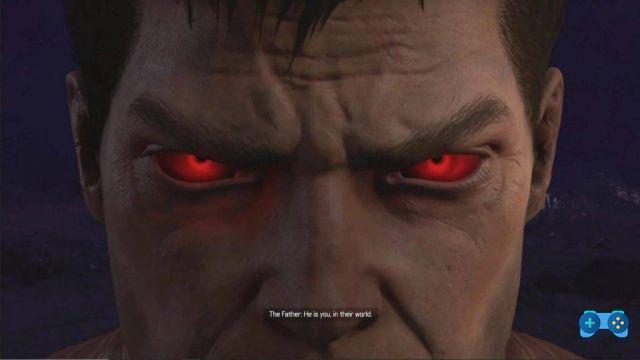 From a technical point of view we have not encountered particular uncertainties, some very slight drop in frame rate during our execution on Xbox One S but nothing relevant. Excellent glance, now a certainty for the works of id Software, all embellished by the incredible soundtrack of which we had already mentioned during the first part of the DLC.

Ultimately, id Software has managed to come up with a really important pack of two DLCs for Doom Eternal that will make all players happy who haven't had enough of the Slayer yet. The new enemies are tough and especially the last boss fight will make you sweat seven shirts. But thanks to new mechanics, such as the swinging one and a new powerful weapon (the Sentinels' Hammer) you will once again be able to get the better of the hordes of demons ready to conquer the Earth.

Do you want to complete all the achievements and trophies and know all the tricks, guides and secrets for your video games? SoulTricks.com is a group of video game fans who want to share the best tricks, secrets, guides and tips. We offer the best content to be a source of useful information, so here you can find guides, tricks, secrets and tips so you can enjoy your games to the fullest. Are you ready to get all the achievements of that game that you resist so much? Enter and enjoy your favorite video game to the fullest!
Middle-earth: Shadow of Mordor, guide to Trophies and Achievements ❯

Assassin's Creed Valhalla, announced the new chapter of the series

Call of Duty, all the details of Season 4 of Modern Warfare and Warzone