What are the risks of watching illegal streaming movies? 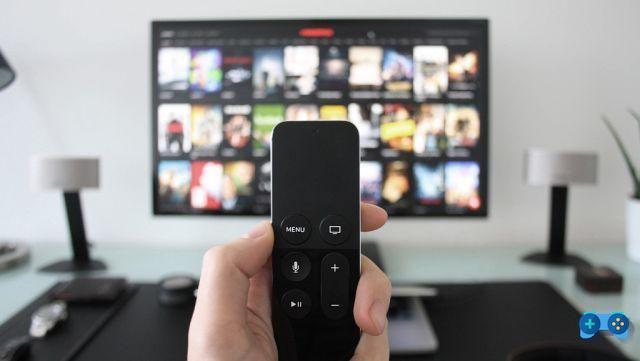 Who does it, is it punishable or not? Let's be clear!

Who among us has never enjoyed streaming content in their life? We practically all did it. It is useless to make fun of us, there are hundreds of illegal sites on the web through which you can watch the latest film released in theaters, an episode of our favorite TV series or maybe sporting events of various kinds.

A phenomenon, particularly widespread in our country, in which the culture of copyright, until a few years ago, it was non-existent. The case in point, only in recent years is under the magnifying glass of press media and courts, making users more aware of enjoying streaming content legally, without feeding sites of dubious origin for the most part located abroad.

But what is streaming?

It identifies a stream of audio / video data coming from a specific source and directed to a telematic network. Said like this, there would be nothing wrong, the business would turn out to be legal in all respects. The problem arises when the mechanism is exploited to illegally transmit copyrighted material, such as movies, music, football matches or events that can usually be purchased on traditional Pay TV. When the World Wide Web was just in its infancy, the only way to buy content illegally was to leave the house and go to street corners, where mostly foreigners were selling tarot CDs and DVDs.


With the spread of the internet and high-speed fiber lines, the phenomenon of illegal streaming has grown enormously, becoming a real mass culture. But have you ever wondered what you risk when you stream content illegally? Does the user risk in criminal terms or is the owner of the site liable to prosecution? Are there streaming platforms that legally allow viewing?

Copyright and copyright, two ways to say the same thing!

Il Copyright è the legal institution that has the purpose of protecting the fruits of intellectual activity through the recognition of the original author of the work of a series of rights of both a moral and patrimonial nature. The exclusive exercise of these rights by the author allows him and his successors in title (i.e. all those who have the authorization to use the author from a legal point of view) to remunerate themselves for a limited period in the time through the commercial exploitation of the work.

In particular, copyright is a specific figure of civil law systems (including France and Spain), while in common law ones (such as the United States and Great Britain), there is a partially different institution of copyright.

What are the risks of watching illegal streaming content?

The copyright law dates back to 1941, we are talking about the law 633. Through updates and subsequent amendments it is still able to regulate the case today.

But a necessary difference must be made between who is the so-called service manager and who is it the user. The manager who "uploads" content that violates copyright to his platform is punishable by law. The pecuniary penalty is € 15.000 but there is also a risk of three years of imprisonment. 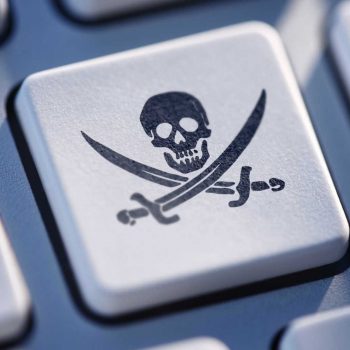 On the other hand, the hypothesis in which the user makes use of illegal contents for recreational purposes, that is, non-profit and profit, is different. In this case, art. 174 ter of law 633 provides that: Anyone who illegally uses, even over the air or via cable, duplicates, reproduces, in whole or in part, with any procedure, even using tools designed to circumvent the technological protection measures, protected works or materials, or buys or rents audiovisual media, phonographic, computer or multimedia devices that do not comply with the provisions of this law, or equipment, products or components designed to circumvent technological protection measures is punished, provided that the fact does not coincide with the offenses referred to in articles 171, 171-bis, 171-ter, 171-quater, 171-quinquies, 171-septies and 171-octies, with pecuniary administrative sanction of 154 euros and with the accessory sanctions of the confiscation of the material and  publication of the provision in a newspaper national newspaper. 2. In the event of recidivism or serious fact due to the number of violations or copies purchased or rented, the administrative sanction has increased up to € 1.032,00 and the fact is punished with the confiscation of the instruments and material, with the publication of the provision on two or more newspapers national newspapers or in one or more periodicals specialized in the entertainment sector and, in the case of entrepreneurial activities, with the revocation of the concession or authorization of radio and television broadcasting or authorization for the exercise of production or commercial activity ".

But there are two cases that could lead to greater penalties:

What emerges is that only those who download the content seriously risk something. Here too it is all to be seen, because one thing is to download a couple of files a month, another matter is the download of thousands of contents. The law is therefore clear for the case of P2P but does not provide practically anything for those who connect to a site and use content for personal purposes. There is talk of an administrative penalty of € 154, it has never been seen and in any case the case clearly refers to the use of certain tools. In conclusion, we can say that those who connect to illegal streaming sites and watch content without making the download to your PC and without sharing it, is not subject to any sanction, precisely because there is no rule of law that regulates such behavior. The only risk for the user has nothing to do with the administrative or criminal sanction, rather it concerns the protection of their data and their PC. In fact, using sites of dubious origin, spyware or adware could install without us even noticing.

In recent years, however, alongside the illicit phenomenon we have talked about, si are spreading many perfectly legal streaming platforms and apps. The trend is clear, the streaming phenomenon will increase more and more, not only in reference to films and TV series but also as regards the world of gaming that is pointing in that direction.

Coming back to us, if your desire is to watch streaming content lawfully, it comes to your rescue we film.

The motto of the site is quite clear: we find and compare for you the best offers in streaming, subscription or physical support of movies and TV series.

Filmamo therefore offers a wide selection of both recent and vintage titles of streaming movies and TV series, comparing the services offered by the different portals and allowing you to choose the one that offers the chosen films at a cheaper price, the offers of the moment of the individual legal streaming sites and a large section dedicated to films visible for free.

Thanks to filmamo it is so possible choose easily e save always, without having to chase the various offers or promotions of the various portals, in complete safety and on any device: desktop, laptop, mobile phone or tablet.

Do you want to complete all the achievements and trophies and know all the tricks, guides and secrets for your video games? SoulTricks.com is a group of video game fans who want to share the best tricks, secrets, guides and tips. We offer the best content to be a source of useful information, so here you can find guides, tricks, secrets and tips so you can enjoy your games to the fullest. Are you ready to get all the achievements of that game that you resist so much? Enter and enjoy your favorite video game to the fullest!
AMD: New Radeon Software Crimson ReLive Edition 17.4.4 update for Dawn of War III ❯

Best Chinese tablet 2022: which one to choose

Game of Thrones: what if the real villain was someone else?

Add a comment from What are the risks of watching illegal streaming movies?