Game of the year 2019: here are the best in our opinion 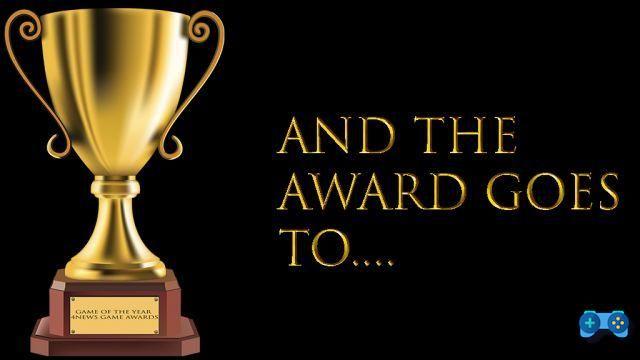 Today is the big day of The Game Awards 2019! The night of the videogame oscars will be held tonight, live from Los Angeles, directed as always by Geoff Keighley. Before the official verdicts arrive, we of the editorial team want to tell you about our favorite games of this 2019. A year that has seen many great returns, including historical sagas and important software houses, but above all it has seen many new productions. Let's move on to the three games that for each of us represent the best of these last 365 days!

Although it was the re-edition of the first chapter that marked the return of the franchise in style on the next generation consoles, it is this second chapter that has concretely rewritten the "remake / remaster" rules, much abused by software houses in recent years. Resident Evil 2 is a remake in a big way and 21 years after its first appearance, Shinji Mikami's survival horror, in this new guise, it's still wonderfully terrifying.

The game scored the commercial redemption of the Respawn team (and only that, because the quality of its titles has always been exceptional) after the unfair half-flop of Titanfall and Titanfall 2. See a team of talented developers as Respawn Entertainment mistreated first by Activision and then by EA it really hurts the heart, but given the absurd numbers of Apex Legends, it will hardly be repeated ...
"Fortnite, here comes a new challenger".

The return to the origins of the series that has forever marked the imagination of the first person shooter. Adrenaline-pumping action, cinematic editing, exceptional multiplayer: these were the rules of the success of the saga that appeared in the "distant" 2007 and still today these same rules have decreed success of this soft reboot of the series. For FPS lovers it is a truly essential title. On offer at this address you will find the Amazon Edition, with free bonus digital content.

The return of Hideo Kojima, after that much discussed Metal Gear Solid V and the abandonment to Konami, is a new and fresh title. The Japanese director returns to talk about contemporary society (as he did with the story of Raiden) and sends us a message of solidarity and sociality outside of social networks. It's definitely not flawless, but Death Stranding is a brave, exciting and in its own way extremely entertaining title. From Unieuro Death stranding is on offer, still for a little while, at 39,99 euros. 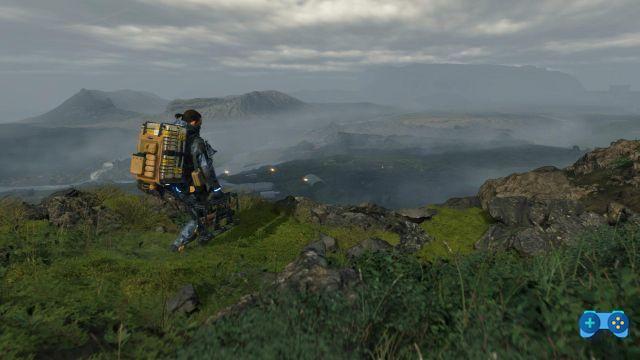 Another return of some weight, that of From Software to field new ideas, after the enormous success of BloodBorne in 2015. Sekiro is a game in many respects different, for Myiazaki and company, a pure action, which at least in part differs from previous productions of the team. The main advantage is certainly the combat system, among the best ever made for feeling and spectacular. On his side he also has a simpler story to follow and greater accessibility, remaining however a punitive title and with a high level of difficulty. If you want a hand to complete it properly, here are our guides. On Amazon Sekiro: Shadows Die Twice is priced at 47 euros.

To complete my trio of titles there is still a comeback. This time we talk about the Platinum Games, an extremely creative team that after Nier: Automata has scored another success. Astral Chain is a quality third-person action, which mixes a adrenaline-fueled combat system and extremely fun with police game phases more staid. All in a sci-fi universe in its original way, with a noteworthy story and characters. Another little gem for the Nintendo hybrid, a must for owners.

Although the sequels are often "inferior" to the originals, we are talking about a title complete and satisfactory to say the least. Complete to the point of being considered the definitive Devil May Cry, from the exciting gameplay to the excellent work done with the technical sector, both sound and graphics, without forgetting the structure of the campaign itself, full of references for fans of the historic Made in Capcom series. Devil May Cry 5 is included in the Xbox GamePass, but if you don't have it or are a PlayStation user, here's a good offer to recover the title. 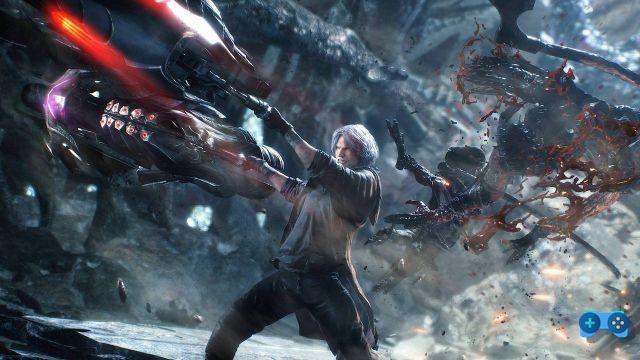 After Nioh and before Ghost of Tsushima (which we hope to see, sooner or later), the guys from From Software and Activision have brought us a new souls-like in the magical Japanese lands. Sekiro, despite having taken both hands from his predecessors (Dark Souls and Bloodborne) managed to innovate a genre that looked stale and repeated. The story of the "Wolf" and the young gentleman to whom he has sworn allegiance is well constructed and interesting. The same goes for the gameplay, structured in an exquisite way, to say the least, from the longevity to the combat-system it is almost impossible not to love this game. Sekiro: Shadows Die Twice on offer on Amazon.

The conclusion of Sora's adventures cannot fail to find a place in this top 3. It is true that the title has been waiting for many (too many) years, but the result presented by Tetsuya Nomura's team is nothing short of amazing! The game in fact presents not only a goose bumps graphic sector, but also one incredible longevity. Also bearing in mind that the plot and soundtrack are among the few capable of providing particularly strong emotions. What else to say, it took 17 years to close almost all the pending storylines, but it was worth it.

The French team of Asobo Studio has come up with an adventure game like they haven't seen for a long time. A Plague Tale tells an engaging story at the time of the bubonic plague, also assuming a historical value. It is the story of two children, brother and sister, who must discover the origin of the disease and at the same time understand what little Hugo is suffering from. If on the gameplay front the title of the French software house is partially lacking, narration is the main dish of the game. A Plague Tale is one of the best adventures of recent years, full of deep and credible characters, which you will hardly forget. If you want to recover it, here you can find it on offer 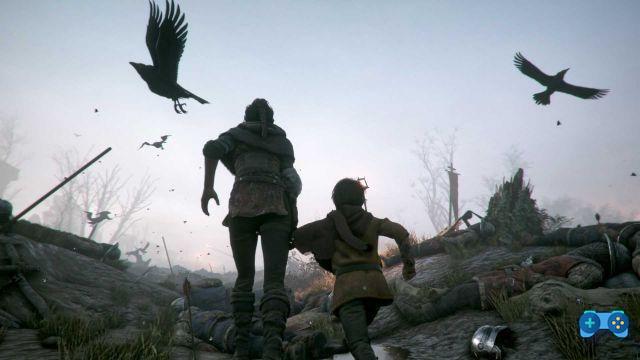 Luigi's New Adventure is a beautiful, colorful and fun adventure game. A varied and pleasant world to explore it is certainly one of the main advantages of the Nintendo title. The many floors into which the game world is divided, Hotel Miramostri, are a show, each one different and full of mysteries to discover. A game that really never tires, a must have for all owners of the little hybrid gem of the great N.

The Resident Evil 2 remake is an exceptional return of one of the greatest horror films of all time. Impossible not to put it in this top of the best games of the year, both for the value of the game itself, and for what it represents for the series. Somehow this revision of the second chapter is a new beginning, the development team has managed to package a game formula that refers to the past, but is fresh and modern. And the sales numbers proved him right, so much so that it led to the recent announcement of Resident Evil 3 Remake.

I have to put this reissue of Resident Evil 2 on top of my top too. Undoubtedly it is one of the best remakes ever made. This is not a simple graphic update, but a clever one reformulation of the contents of the original chapter without ruining the atmosphere and history, capable of giving new life to a pearl of the videogame world and in particular of the horror genre.

After years of rather bitter chapters, the series is back to the glories of the past with a title with an authentic flavor of war. The high quality story, the phenomenal multiplayer and a well-made gameplay make it one of the best games of 2019 by right. The Amazon Edition, with additional bonus content, is on offer until December 22nd. 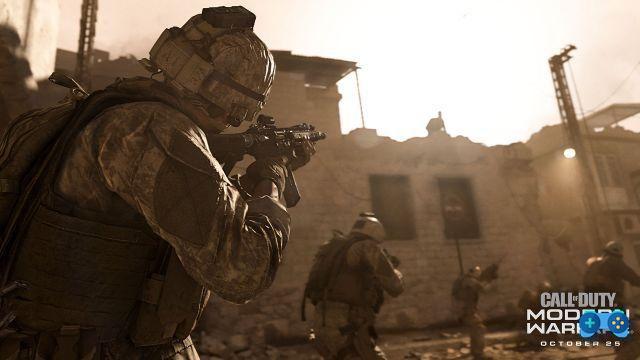 Perhaps a bit of a surprise for many, but the latest Milestone title deserves a place in my ranking. The steps forward made are many, especially thanks to the unprecedented Neural AI that constantly changes the cards on the table on the track. At the simulation level we can still work, but we are faced with the best title dedicated to MotoGP in every respect and any fan can only be satisfied, including myself. And if you find it on offer at this price, you can't help but give it a thought.

add a comment of Game of the year 2019: here are the best in our opinion