What is Musical.ly and how it works

Musical.ly is a social music app dedicated to music that is conquering teenagers all over the world. If you are a music video lover and want to imitate pop stars, I will reveal to you in this article what it is and how it works Musical.ly.

Compatible with Android and iOS devices, Musical.ly it is becoming popular among teenagers and beyond. The reasons for its success are that it's free, it's easy to use, and it's fun.

Musical.ly was born three years ago in Shanghai from an idea of ​​two boys: Alex Zhu e Luyu yang. It was subsequently bought by Toutiao multimedia content company, for about a billion dollars. The app seems to be used by more than 240 million teenagers, managing to conquer not only Asia but the entire West.

How is Musically used 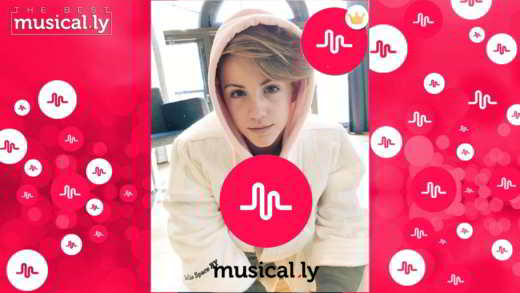 The success of Musical.ly is that it is a simple and intuitive idea: it's a kind of silent Karaoke where the song's official singer lends his voice to your performance. The virtuosity lies in the fact that your lips must be perfectly synchronized with the audio. For this reason it is very reminiscent of the old playback used in concert even by real artists. 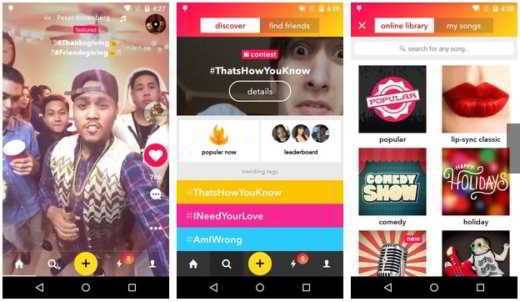 With Musical.ly you can take a video that has already been shot or make one yourself in which you listen to your voice by recording it with the microphone of your smartphone. The aim is to share the video on Twitter or Instagram and make it go viral with likes, followers and comments.

Movies can be up to 15 seconds long if they are playback of famous songs ofup to 5 minutes if they are videos in which they talk about themselves and their tastes.


After signing up for the program, through the screen Crea account (indicating username and password), you can start record video by pressing the central button and choosing the music from the different categories offered by the app. After choosing the song the front camera will open. Below you can set the speed of your music video by choosing from the items: epic, slow, normal, fast, lapse.

Through the voice Find via contacts, Find via Facebook you can find the users of the social app Musically. 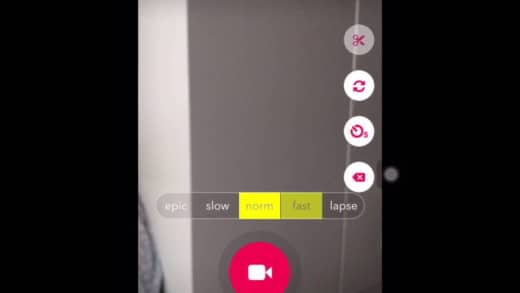 Once you have completed your registration you will find yourself in the section Home (icon of cottage) and at the top you will see the items Featured e Follow to see intro movie and popular videos.

To record a video with Musical.ly press for as long as you are registering on the red button in the center and that of the V green check mark to lock it. If you want to change the features of your face, you can press on button with funny face to start the app filters. 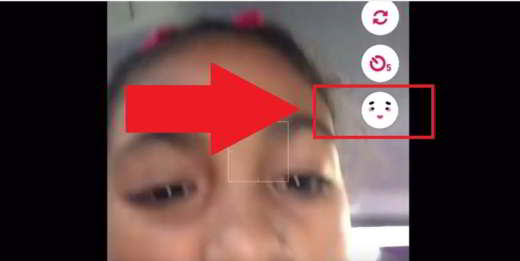 For example, the classic funny ears that you can also find in the Snapchat social app. For more filters I recommend you try the Filter For Musically app for Android. 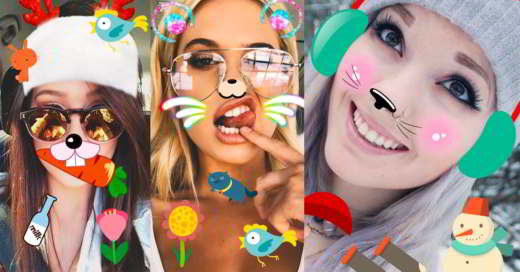 After choosing the music and your filter, mime the video and immediately publish it by setting the privacy to Private (Save privately) to make it visible only to your friends. If you don't want to post videos, you can also see your friends what they are doing or tap on magnifying glass, next to the middle button, for discover the hashtags of the most popular videos.

Musical.ly, like Instagram, also offers tools for the retouching the movie. There are filters (like that of the magic wand to beautify the face) and effects such as black and white and the ability to change the playback speed of the clips from slow to very fast. In addition, you can act on the face by enlarging the eyes or making the mouth smaller. 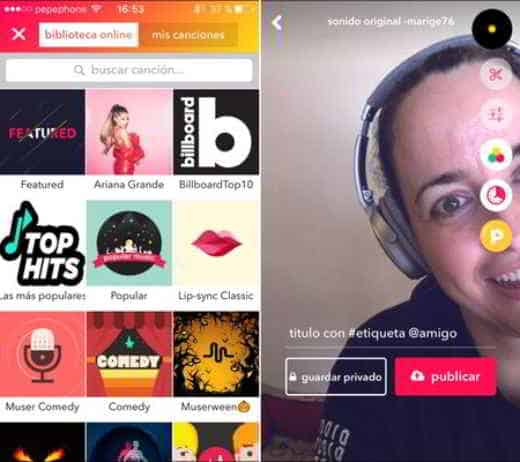 In the right side menu you have several filters to apply to your videos. The filters are that of the scissors to cut a part of the chosen music, that of two arrows to change the camera from front to rear, that of thepower on to activate a recording start timer. That of baton magica, stated above, activates the filter Beauty to improve the quality of the recording.

Being mostly teen users, the favorite movies are the hilarious, zany ones or the well-made ones edited by professionals.

How to become an Influencer with Musical.ly

Achieving success on Musical.ly is easier than on Youtube, see the case of Elisa Maino with 1,9 million followers.

If you have a lot to say and can find something fun to post you can easily climb the charts. Being a Musical.ly social app it allows you to know immediately if the muser favorite is broadcasting, because it sends a notification. As a result, teenagers will immediately go to look at the new creation to like the exhibition.

Become Influence with Musical.ly it will allow you to earn good money by taking advantage of sponsorships. There are also virtual gains that fans can make to their characters in exchange for visibility, the cost usually is around 50 euros.

The app in the US is heavily criticized as it incites children to fierce competition with cases of denigration, bullying and soliciting minors.

The advice I can give you is that if you intend to use Musical.ly try to use a profile disconnected from social networks, perhaps with a pseudonym. Doing so would avoid exporting even if the app asks for the exposure in first person.

What is jailbreak ❯

add a comment of What is Musical.ly and how it works