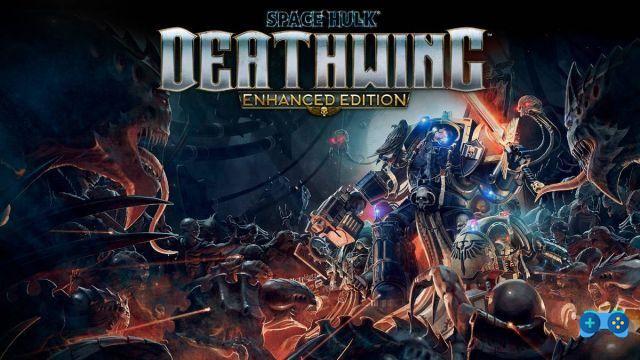 The license of Warhammer 40.000 it has been pulled and pushed in almost every direction in recent years. Barely a week can go by without news of a new game from the universe Warhammer, while, however, from behind the scenes the developers try in every way to bring out the best from one of the richest sci-fi universes ever. However, unlike many of these smaller and more superficial adaptations, Space Hulk: Deathwing Enhanced Edition it has an air of quality. This is a traditional team-based shooter from a relatively well-known publisher that appears on home consoles and on PC.

The original PC version of Deathwing it had two points in its favor: it was a solid service for fans of Games Workshop's grimdark sci-fi universe, and it wasn't the worst game Warhammer 40.000 released in 2016. On every other front it was a disappointment. A grim FPS mess marked by poor design and miserable AI, offering little more than endless hours of repetitive explosions.

This new Enhanced Edition is an attempt to draw a line below that old version and remind everyone that the Streum development team has spent the last 18 months improving the game. Not much has changed since the single-player campaign, but the multiplayer-style mode Left 4 Dead has a new progression system with weapons, armor and customizations to unlock, a new class - the Chaplain - playable, and new weapons and enemy types.

Solo players don't get lost entirely, with a series of procedurally generated special missions that transform the main campaign environments into shorter challenge levels. Meanwhile, a lot of bugs and glitches have been firmly fixed.

This is enough to turn Deathwing into a game of Warhammer 40.000 semi-decent? 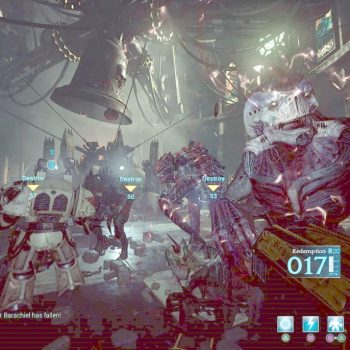 Based on the board game Games Workshop of 1989, revolves around a very specific piece of the 40.000 universe, putting you in control of a team of Terminators as they board spacecraft infested with Xenomorphs. Of course, there are parallels with Alien of 1979, since i Genostalker di Space Hulk that faithfully mirror the designs of HR Giger's creatures. There is also a blend of gothic and industrial aesthetics throughout and a recurring sense of claustrophobia.

However, where the crew of the USCSS Nostromo found themselves completely separated from a single Xenomorph, Space Hulk goes around him. In fact, you are a superhuman soldier of theAdeptus Astartes and a member of the elite company Deathwing. Clad in Terminator armor you can make the threat cleanup job easy Xenomorph, even if only when you work as part of a team.

In each mission you will have to fight Genoraptor with up to three teammates in tow, whether they are real players or AI. The way these levels have been patched up is pretty basic, giving you a number of objectives to complete before reaching the extraction zone. However, no matter where you are, you will need to keep your eyes peeled while Xenomorphs they will emerge from every corner.


As boring as the goals are, mowing down hordes of these aliens is pretty fun at first. One aspect that fans of 40.000 will appreciate is the amount of character customization available, which allows you to choose various classes, weapons and abilities. If you play offline, you also have the option to dress up your two AI companions, tailoring them to specific scenarios, whether it's having extra firepower or a standby pharmacist if your health starts to decline. 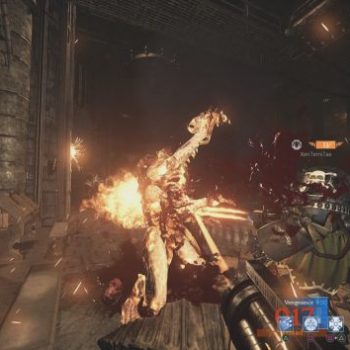 A deadly machine of death ... clumsy.

Your movement is painfully slow - physiological given the size of the armor - and the sight isn't much faster. Your xenomorphic enemies are neither smart nor scary, they seem to spend most of their time running towards you en masse or standing in the middle of a corridor taking blows after blows. Can they be deadly, yes, but brilliant or convincing? No.

You have some interesting heavy rifles to wield and some melee weapons Warhammer 40.000 rather iconic, yet the firefights are tension-free and the close combat is slow and unwieldy. The enemy AI has nothing smarter to do than spam, and what initially feels slightly tense quickly becomes repetitive and tedious work. As for your teens, they have a nasty habit of sneaking into the turret's automatic firing line or wandering around aimlessly while the Genoraptor they hurl themselves on them.

Fortunately, if one of your squad members dies, you can summon a portal and return to the mothership to revive it - a tool that also activates the game's autosave feature. You can do this up to three times in one mission. Additionally, the game does a great job of capturing the dark industrial and sci-fi aspect of the classic universe of Warhammer 40.000, but many of the same settings and monsters are affected by the weight of the years. In fact, despite some improvements also made to volumetric lighting, Deathwing still suffers from last generation level imagery. 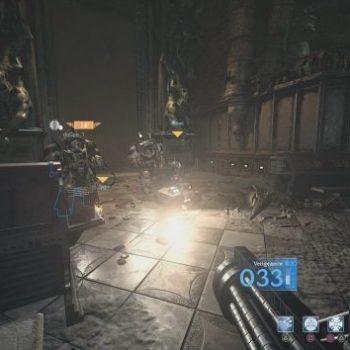 You are not alone.

Although Deathwing is meant to be played online with friends, it's a shame that Streum On Studio didn't spend more time making friendly AI more competent. Space Hulk it gives you the ability to issue orders, however companions often seem inefficient, letting the enemy slip too often into friendly defenses.

It also lacks the tactical depth that one might expect from a game with "Space Hulk"In the title. Most maps have armored turrets and doors that can be sealed, although these are relegated to optional tertiary game elements. Instead of using the environment to your advantage and sinking for an intense onslaught of Xenomorphs, every meeting seems like a disaster. There are certainly some fun moments, but to say it's rewarding would be a little hard.

Space Hulk: Deathwing Enhanced Edition adds several more areas beyond the original PC release in 2016. There's a new Chaplain class to choose from, for example. Not only that, there are more class customization options, some new weapons and enemy types, and some mission randomization. However, this by no means alleviates the fundamental issues with the title's design and gameplay. 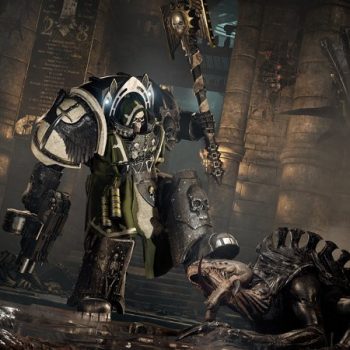 An at times rewarding progression system.

There were moments while I was playing Space Hulk: Deathwing Enhanced Edition in which I realized that I was really enjoying myself. Get together with a fast, united unit and the action seems to resume, as i Genostalker they're swarming everywhere and you're covering each other's backs just to survive.

The new progression system also helps. Level up and develop new abilities as you earn points that you can spend on improved weapons, perks and cosmetic customizations. In the world 40.000 this means peaks, skulls, grisly rises, bayonets and other grimdark things. When the action begins to lose interest, the attraction of the new kit keeps it.

The package is also enhanced by the new special missions, in part because your objectives don't tend to be as annoying or tense, and because random enemy placement is no worse than what we had in the original missions. None of this means I will recommend Space Hulk: Deathwing Enhanced Edition to anyone not already a fan of Warhammer 40.000. Sure, it's an improvement over the original, but when we compare it to almost every co-op FPS from the past five years, and it's still not up to par.

It all comes down to feel and rhythm: the fight feels slow and creaky; AI is not interesting to fight; weapons lack impact and excitement; campaign missions are long and monotonous grinds. 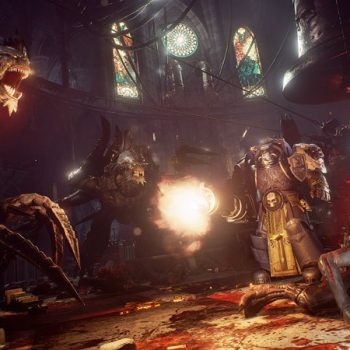 Space Hulk: Deathwing Enhanced Edition it's an improvement over the original version, but it's nothing more than a semi-decent co-op shooter chained to a boring campaign. Developers clearly know and love the universe 40.000, and there is enough here to please those who have played board games and read novels. If you're not already a fan, however, there are many better co-op FPS games you could play. Space Hulk: Deathwing Enhanced Edition, therefore, it remains a niche title that can only be appreciated at its best by a niche audience.

- Strong impact of style and lore

- Very nice to play in coop

Summary
Those who want a great team shooter or a real game of Warhammer 40.000 they will have to keep looking. At first glance, Deathwing looks like a solid fit and captivates the look and feel of Space Hulk, but there isn't enough variety or depth to keep players engaged beyond those first few encounters.
gameplay
Graphics
Sonoro
Longevity
Final judgement
Do you want to complete all the achievements and trophies and know all the tricks, guides and secrets for your video games? SoulTricks.com is a group of video game fans who want to share the best tricks, secrets, guides and tips. We offer the best content to be a source of useful information, so here you can find guides, tricks, secrets and tips so you can enjoy your games to the fullest. Are you ready to get all the achievements of that game that you resist so much? Enter and enjoy your favorite video game to the fullest!
Sega focuses strongly on free to play ❯