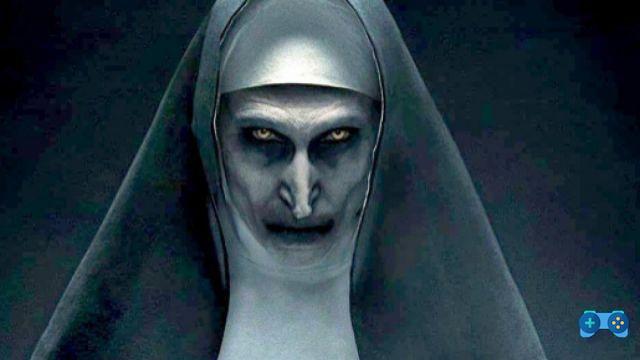 Released in theaters a few days ago, the fifth film in the narrative universe of The Conjuring, The Nun, is ready to make the leap in quality.

Since The Conjuring was released in theaters, the most attentive had certainly noticed that the film had great potential, perhaps deserving of a series. Well, the following year the title received a spin-off, Annabelle, and then even a sequel, The Enfield Case, in which, for the first time, Valak appeared. Without too many frills or turns of words, it is an entity that - cinematically speaking - has entered the hearts of many fans and aficionados of this genre. Not only them: in fact, it is one of the few elements appreciated even by those who cannot digest it, even under torture or in any case by mistake.

For this reason, Warner Bros has well thought of entrusting a stand-alone film for the infernal nun, leaving the direction to Hardy, assisted by Wan. Although the director of the previous films does not have a dominant role, the hand, the ideas, his style are felt while watching the film. Moreover, and it is neither trivial to say nor to put into practice, the film connects perfectly with the narrative universe from which she comes. 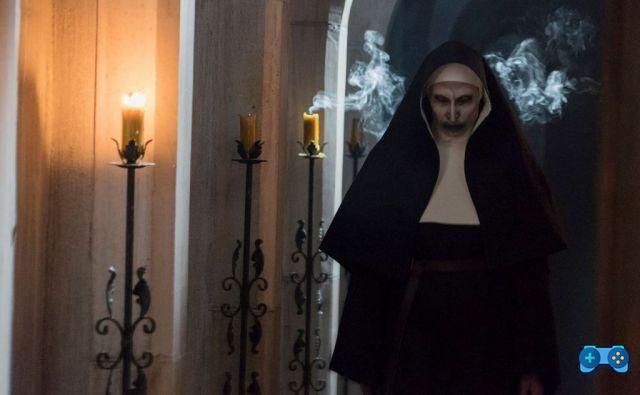 Hardy, Wan and Safran have well thought of starting the narrative with a very chilling scene. Two nuns, in the ancient Abbey of Santa Carta, in Romania, are opening a door in a desperate attempt to prevent something terrible. This door bears the Latin inscription "Finit hic Deo", here God ends. After that, the nun who entered the door comes out covered in blood and almost unable to walk, leaves her sister a key and is dragged into the dark with violence. Then, the latter goes to her room, in front of that door, ties a rope to one end of her bed and hangs herself, asking God's forgiveness. From behind, however, you can see the figure of Valak, slender and at the same time imposing, approaching extinguishing each candle and overturning the crucifix in the nun's room.

A monumental start, with great fanfare and which delivers to the public the first of ever enough appearances of the demon. However, The Nun is not based on instilling fear, in the truest sense of the word, but rather constantly seeks to unsettle, distress and arouse fear.

The jumpscare, very present in the film, are all intercomed and few will have the real effect; however, this does not imply that a scene is badly done. On the contrary, the scenes work and the behaviors of all the characters are consistent with the evolution of the narrative. A negative note, unfortunately, is to let Valak speak for a brief moment. Although he does exactly what a demon must do - that is, instill despair and doubt - making him speak "humanizes" him, diminishing the pathos that is created in the situation as his state of superiority is knocked down with a behavior that does not belong to him. . 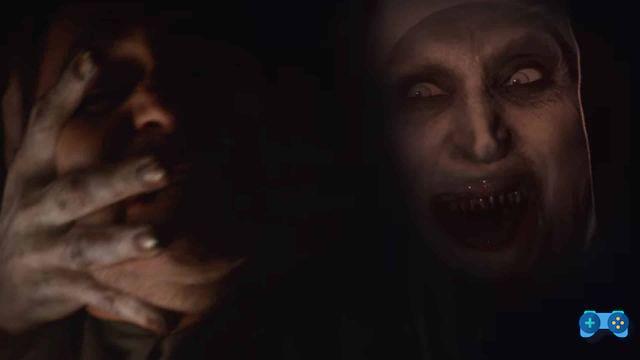 “Evil has fallen upon us”.

Unlike the main films, based on true and plausible stories, The Nun, as Annabelle did, has the caption at the beginning “These events took place in 1952”, although there is absolutely nothing official or documented in reality. This narrative freedom means that forced elements are added to the film, such as the existence of Christ taken for granted. Or again, the effective effectiveness of an evocation ritual.

For the more realistic this might bother, although in reality these forcing do not diminish the spectator's "sense of wonder". Quite the contrary, it is precisely these calibrations that give weight and meaning to the story, and therefore they work very well in the logic of the film.


On the other hand, I'm sorry that Valak appears a few times on the screen, as Hardy's idea is to make the viewer understand that he is always present, he is permeated in the monastery. Its presence is pervasive, of an omnipotence that only a non-human entity could have. And the work done by the production succeeds very well in this, giving the viewer an ever-present sense of bewilderment, anguish and despair. He is there, and you know it. You know this even before he appears behind a character or the crucifixes turn to indicate that he is in the room.

However, that fades into the finish. In fact, while the film works great, the ending is much more bland and less scary than everything else. And that's exactly what's not working. When Valak is on screen for extended scenes, his grandeur wanes. Almost like a reverse effect, the less you see it the more it works. You want makeup, you want expressions that are not too terrifying, his prolonged presence does not have the desired effect; far from it. His distressing presence could culminate in outright desperation in his appearances.

"You have always failed".

To be taken into consideration, the cast is well chosen and great for the film. In addition to a cameo of the beautiful Charlotte Hope, who went from wild sex scenes in Game of Thrones to the role of the chaste and pure cloistered nun in The Nun, the actors are always in the part and never give a sense of out of place.

Demiàn Bichir is always in the part, and his Father Burk, a Vatican exorcist, is never banal but always on the piece. Jonas Bloquet, on the other hand, gives us an excellent French, well characterized and perfectly connected. Without considering that his is a very important character for the franchise.

Bonnie Aarons is always sublime in her role as Valak, despite the fact that in some places the makeup is very revisable. Finally, Taissa Farmiga is simply perfect. His character is the best successful, and not only. In fact, Sister Irene is very similar, both in ability and in appearance to Lorrain Warren. Who knows if in the future his character will not be exploited again to continue discovering this analogy? Moreover, Taissa is, in reality, the sister of Vera Farmiga, the actress who, in fact, plays Lorrain Warren in the main vein of this universe. 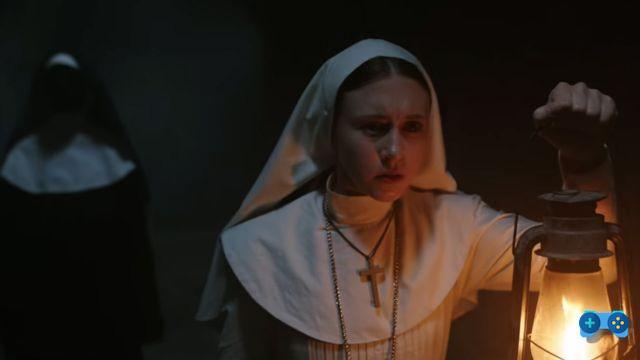 The Nun is absolutely a film that must be seen, both by fans of the genre and by those who do not appreciate horror. Of course, it is not without flaws or holes, but, in the recent cinema scene, it is a pearl that must be appreciated and enjoyed to the full.

Do you want to complete all the achievements and trophies and know all the tricks, guides and secrets for your video games? SoulTricks.com is a group of video game fans who want to share the best tricks, secrets, guides and tips. We offer the best content to be a source of useful information, so here you can find guides, tricks, secrets and tips so you can enjoy your games to the fullest. Are you ready to get all the achievements of that game that you resist so much? Enter and enjoy your favorite video game to the fullest!
AVM Fritz! Box 7490 review ❯

I respect you brother, trailer for the film by Paolo Uzza and Giovanni Vernia

Add a comment from The Nun, the Vocation of Evil - An old-fashioned horror