The symbolism of tattoos in the Yakuza saga 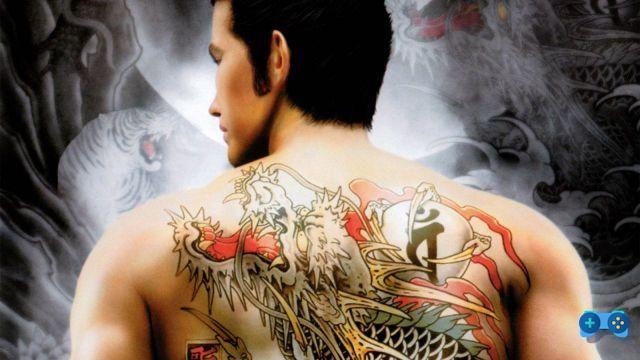 Yakuza and the art of irezumi.

In the saga of Yakuzaparticular emphasis is given to the importance of tattoos. I am obviously referring to irezumi, a type of tattoo rooted in Japanese tradition, characterized by very bright colors and the breadth of the designs (which can cover most of the body). In every chapter of Yakuza, the moment always comes when the protagonists show off their tattoo just before the clash with the antagonist on duty, giving life to sequences full of pathos that have become a real trademark of this saga. Behind those artfully engraved ink lines, there is more than just aesthetic beauty.

In this article we will find out what in Yakuza is told with images, rather than words. 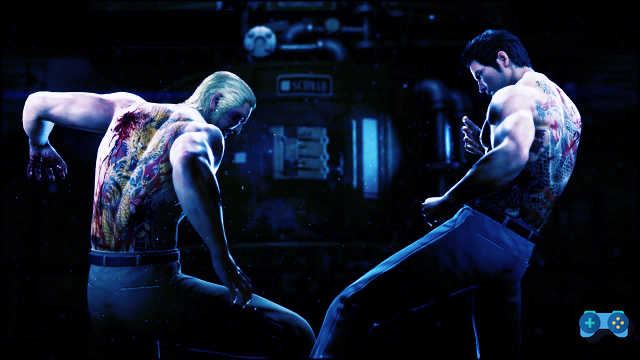 The irezumi in the Japanese tradition

In the past (700 AD), irezumi had a double meaning: both positive (designating people of noble descent) and negative (it was used to mark and identify criminals, marginalized and ethnic minorities).

During the Edo period (1600-1800), tattooing became an art form and began to give it protective or auspicious functions. In Kyushu, miners tattooed a dragon as a kind of talisman to protect them from the dangers of the mine. In Hokkaido, women tattooed their faces to defend themselves from evil spirits, while Okinawan girls only tattooed their hands as a symbol of beauty and maturity.


In the modern age, the irezumi is still very well known, especially for its appreciation by the members of the Yakuza, who wear it as a distinctive sign of pride. But also for this reason, irezumi has again taken on negative connotations, so much so that in various public facilities (such as bathrooms, swimming pools and gyms)) it is forbidden to enter those with tattoos. For a yakuza, irezumi is a test of courage, given that today's Japanese society repudiates and opposes those who have tattoos on their body.

Today there are relatively few Masters still operating in this centenary art.

Becoming a Master is a process that takes many years. The apprentice is placed side by side with a Master and usually, once his training process is completed, he acquires the name of the latter followed by the word “second”, “third” and so on.

Making an irezumi is also a long and very painful process. A typical irezumi that covers the back, chest, arms and legs (NB: traditionally, a central part not tattooed must be left on the chest) it may take 5 years to finish and can cost around 30.000 euros. The themes chosen are various, and among these the most common are mythological creatures, animals, flowers and plants, characters typical of folklore and literature, Buddha and Shinto deities.

In the next paragraphs, we will talk about the symbolism that lies behind some of the tattoos that we have come to know and love thanks to the Yakuza saga.

How not to start with the protagonist of the saga. On his back he wears the tattoo of an ascending dragon (nobori-ryu), one of the most frequent themes in the Japanese tattoo tradition. Kiryu's tattoo is made in the style nukibori (i.e. without a background behind). The dragon, in Japanese folklore, was considered to be a deity capable of controlling water and for this reason loved and venerated by the population (water allowed the fields to be irrigated and without flourishing agriculture people died of famine). The Japanese dragons are easily distinguished from the Chinese ones by observing the claws of the legs: the Japanese ones have 3, the Chinese ones have 4 or 5. The dragon of Kiryu holds a "sphere" between its three claws with an inscription in Bonji (Sanskrit ), which means "Year of the Monkey"; Kiryu, in fact, was born in 1968, precisely during the Year of the Monkey. 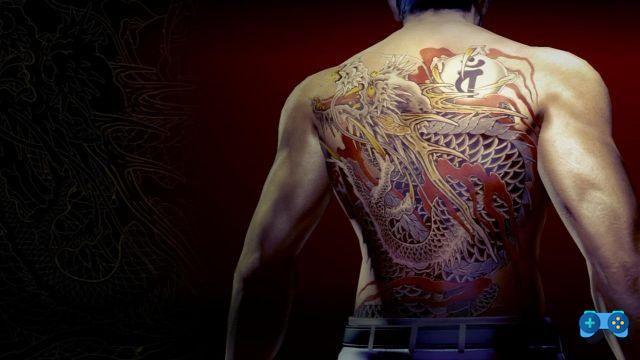 Nishiki has a koi carp for irezumi, another of the most popular motifs in the Japanese tattoo tradition. The carp symbolizes strength and courage. It is said that those who wear this motif on their body have experienced a particularly hard and difficult experience on their skin. According to a legend, a carp that manages to go upstream against the current of the Yellow River, overcoming the numerous obstacles and difficulties it encounters along the way up, can reach the "Dragon's Gate" and, once crossing it, transform into a dragon. The choice of the koi carp for Nishiki is not accidental, as is its representation (an ascending carp in the nukibori style, that is, without a background): Kiryu and Nishiki are linked by a brotherly bond but also by a heated rivalry. Nishiki has always looked at Kiryu with admiration and at the same time with envy. He has always felt a step behind his friend-rival. His greatest desire is to reach Kiryu's level and then surpass it. In other words, Nihiki is a carp that aspires to become a dragon. 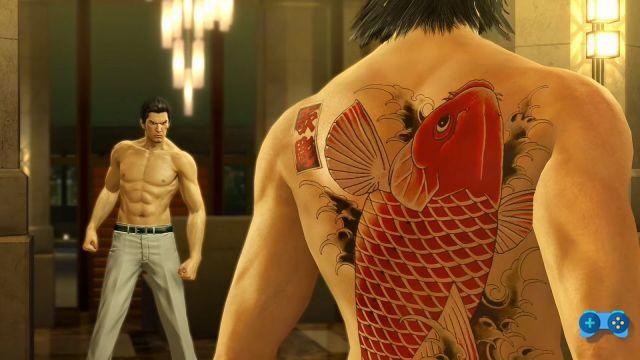 In Yakuza Zero, Kiryu's Dragon and Nishiki's Koi are gods sujibori, that is, tattoos not yet colored but having only the black outlines engraved. All this indicates, metaphorically, that their story (as well as their tattoos) has just begun. 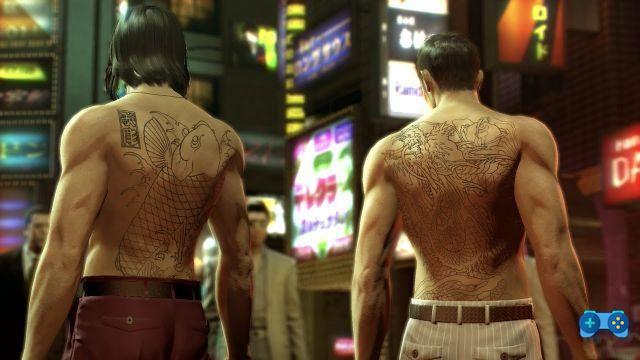 The tattoo of the legendary "Mad Dog" is one of the most particular of the saga. It depicts a Hannya, a popular mask with the features of a female demon, part of a type of Japanese theater. According to legend, Hannya was a woman of immeasurable beauty: two large green eyes, skin as soft as silk and as velvety as peach blossoms. One day the girl fell madly in love with a samurai. But when she discovered that the man she loved had betrayed her, her hatred and jealousy were such that she turned into a demon with a terrifying grinning mouth, two terrifying yellow eyes and a pair of sharp horns. Despite the drama of the legend, Hannya has a positive meaning in tattoos: it is believed that it can ward off evil spirits and bring good luck. Although it is not easy to see, in Majima's tattoo there is a white snake (whose head is located behind the right arm).

White snakes also symbolize luck and as some of these reptile species hibernate and awaken in spring, they are often drawn together with blossoming flowers (as in the Majima tattoo), and therefore as a symbol of beauty and fleeting nature of life. Majima tattoo style is called hikae, as it covers not only the shoulders, arms and chest, but continues down to the buttocks and legs. Note that the armpits are not tattooed. This is due to the fact that in the past criminals were tattooed as punishment under the armpits (being a particularly painful point), so today leaving that area of ​​the body "empty" symbolizes having chosen to tattoo the body as a form of free will. and not by compulsion. 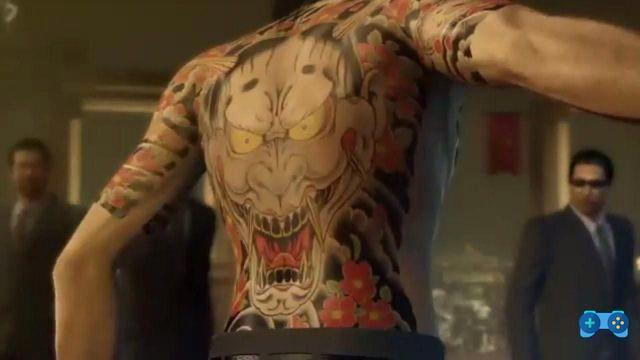 Despite the similar pronunciation to the English "tiger" (tiger), the Japanese name Taiga means "great river". Since tigers are animals absent in the Rising Sun, the Japanese learned of them thanks to the Chinese tradition. In the past, these large cats were considered mythological creatures. They symbolized protection against disease, misfortune and demons. In the Yakuza tradition, a tiger tattoo symbolizes courage and strength. To understand how fundamental these concepts are for Saejima, just look at the background of his tattoo: the tiger rests on a rock (symbol of strength) and is surrounded by bamboo canes (also a symbol of strength, given that their extreme flexibility makes them hard to break). In the past it was said that only a tiger has the strength to be able to cross a dense bamboo forest. And when it comes to strength, Saejima is second to none. 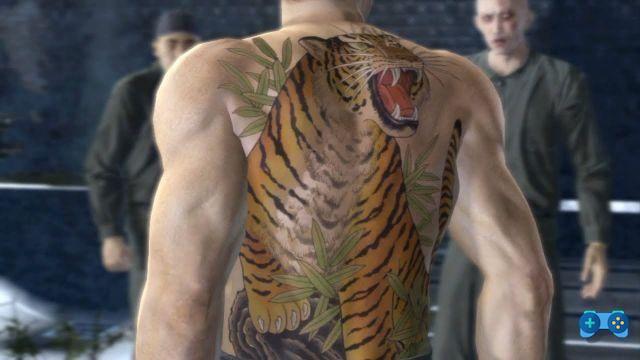 On the back of the President of the Tojo Clan heads Fudo Myoo, the fearsome defender of the Buddhist faith. This name means "Unwavering King of Wisdom". His gaze is terrifying: one of the two eyes is slightly half-closed and a pair of fangs emerge from his mouth (one facing upwards and the other downwards). In Daigo's tattoo, Fudo Myoo is depicted sitting on a rock throne (symbol of stability). In his right hand he holds a sword (symbol of knowledge and power), while in his left hand he grasps a rope with which he binds the three greatest evils according to the Buddhist doctrine (desire, hatred and ignorance), compared to "poisons" for humanity. Poisons that the King of Wisdom has finally defeated. In Daigo's irezumi, Fudo Myoo is surrounded by shattering flames, which symbolize his ability to wipe out evil. The figure of Fudo Myoo is particularly apt for a character like Daigo, whose role in the Tojo Clan requires profound wisdom and at the same time the ability to know how to deal with evil and dangers. 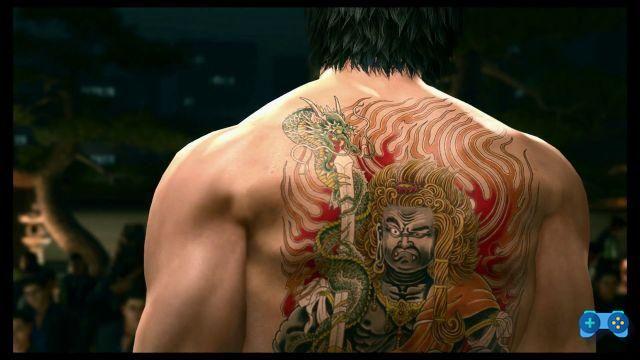 The list ends here, although there is so much more to say about other characters' tattoos. I hope to have intrigued you and, why not, encouraged you to approach a saga that has nothing to envy to anyone.

Do you want to complete all the achievements and trophies and know all the tricks, guides and secrets for your video games? SoulTricks.com is a group of video game fans who want to share the best tricks, secrets, guides and tips. We offer the best content to be a source of useful information, so here you can find guides, tricks, secrets and tips so you can enjoy your games to the fullest. Are you ready to get all the achievements of that game that you resist so much? Enter and enjoy your favorite video game to the fullest!
Monster Hunter Rise - Wyvern mount guide, here's how to ride a monster! ❯