The famous shooter Payday 2 also lands on Nintendo Switch, in a new version to be discovered and enjoyed. Will he have succeeded in the feat of being up to this challenge?

While the Nintendo Switch has only been on the market for a year, it has seen its fair share of third-party support, a serious lack of the previous Nintendo console. The hybrid approach of Payday 2, and Nintendo Switch, therefore, is aimed at those looking to play on-the-go, as well as in the comfort of their own home.

Payday 2 came out five years ago on PC and next-generation consoles (PS3 and Xbox 360), yet its popularity on PC has yet to falter due to a constant stream of patches and downloadable content. In fact, Overkill Software and Starbreeze Studios already brought the game to PlayStation 4 and Xbox One in 2015, but due to some bug fixes, the Crimewave Edition wasn't as complete as the PC version. Unfortunately, the Nintendo Switch version is not only outdated but full of mistakes and disappointments. Instead of unleashing thrilling robberies with friends, to escape the police, most of my time was spent trying to free myself from tremendous matchmaking, hideous AI, and terrifying performance in dock mode. 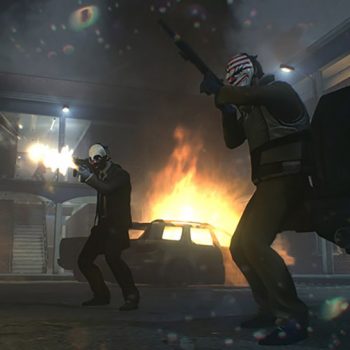 Payday 2 doesn't have a lot of storyline. Essentially, you play as one of 17 characters (who don't differ much from each other outside of appearance), taking part in a series of different hits in different parts of the world. It's a basic concept that works well for most. You enter, you have the option to shoot all guns in open fire or try to sneak around and then return to the van.

You will be able to play through each heist with three other people. You can carry out these missions alone or with online players, but this is the main problem with the game. The AI ​​in the game is pretty awful. It is really very difficult to train bots to do what you want and if you are down, they often simply neglect to heal you; this entails the need to restart the whole mission, which in itself is quite frustrating.

While the game is a fun FPS for most of the experience, you get bored with the mechanics very quickly. The guards seem lifeless and don't move until the moment they are hit, the world feels empty and the sense of threat is missing. Also, most of the missions are repetitive. For his part, he is lucky enough not to have, at least at the moment, too much competition in the genre on the Nintendo Switch. 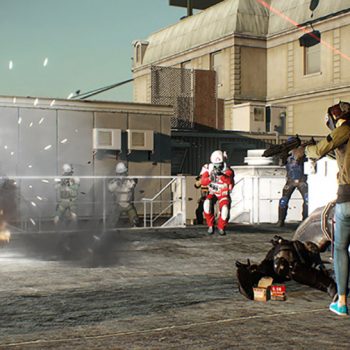 Robbery, run away, get rich.

Most missions require you to perform specific tasks. Cutting fences, unlocking doors, carrying bags of money / gold / drugs, and restarting the drill used to break into the vaults are some of them. Obviously, the drill will inevitably break at the least opportune moments.


Playing AI requires you to perform all of these actions yourself. Trying to transfer lots of gold coins through a specific warzone over and over again is not only frustrating, it artificially prolongs missions. Furthermore, they are also unable to react quickly to waves of enemies, and it is therefore common to see them running past enemies without firing a shot. Not only that, they do not provide any necessary support equipment, such as a doctor's bag, sentry gun or ammo bag. Some issues have been fixed / fixed on PC, but such updates are apparently not included in this build. 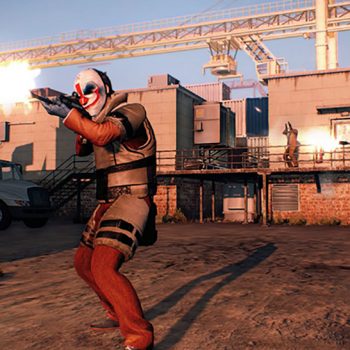 We rob in company.

In Payday 2, players sign up for contracts via Crime.net. A random contract list then appears indicating whether someone else is attempting to do so at the same time (online players). Ideally, you will join a robbery before it begins, allowing you to plan the mission with others; however, this is where the problems begin. Other than joining directly via a friend list invitation, I haven't been able to access random player matches. Whether it's a three-player game or a single-player game, the mistake is always the same. Therefore, you are stuck in the "joining game" screen, and you are consequently forced to quit.

Exclusive to Nintendo Switch is a LAN adaptation of Crime.net. You can therefore share the network with four other players, without the need for an online login. Additionally, an exclusive character has been added - Joy - who has her own set of equipment and weapons, coupled with a new LED mask. The name is ironic, dedicated to Joy-Con controllers, as they are the least suitable for such a title. 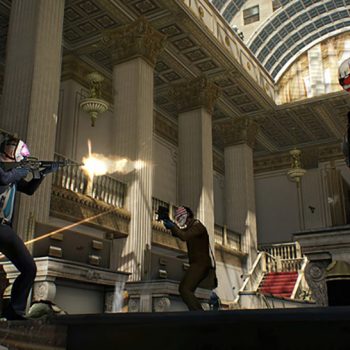 Speaking of performance, the game not only doesn't look too good, it doesn't perform too well either. I've been playing the title in portable mode most of the time, and the title always suffers from frame rate drops in situations where it needs to stay solid. Turning a corner or trying to take down a cop in a fast-paced scene are classic frame drop death situations, and that's no good. Also, visually, the shooting distance is terrible and the textures are truly blurry.

Graphically, Payday 2 has a resolution of 720p at 30fps in portable mode. The same goes up to 1080p in upscale when in dock mode. However, both modes suffer from frame drops, with frequent dips even at under 20 fps. Furthermore, the graphics quality is very poor.

Payday 2 has a lot of content, adding many pieces that have been implemented in the PC version from the original version. Still, there is still a lack of content and some of the quality patches that improved the game when played in the company of AI. Considering the on-the-go nature of the platform, players will spend a lot of time with the game while not connected to a network, which is probably the worst way to experience it. Performance issues, missing content, and AI are simply inexcusable. There is also a bug when using the device's sleep mode, where the controls become unresponsive until the game is restarted. 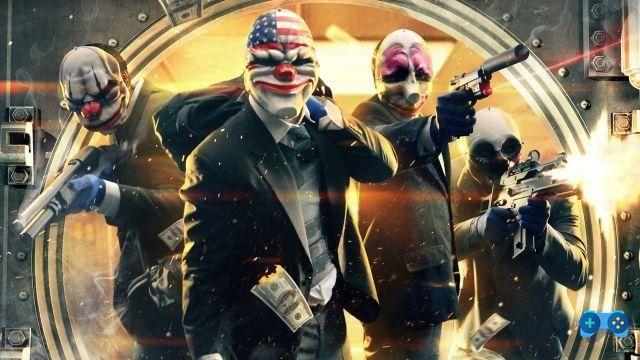 Here is the original Payday 2 review.

Do you want to complete all the achievements and trophies and know all the tricks, guides and secrets for your video games? SoulTricks.com is a group of video game fans who want to share the best tricks, secrets, guides and tips. We offer the best content to be a source of useful information, so here you can find guides, tricks, secrets and tips so you can enjoy your games to the fullest. Are you ready to get all the achievements of that game that you resist so much? Enter and enjoy your favorite video game to the fullest!
Xbox Cloud Gaming, a closed beta is underway ❯

Add a comment from Payday 2 Switch Edition, our review