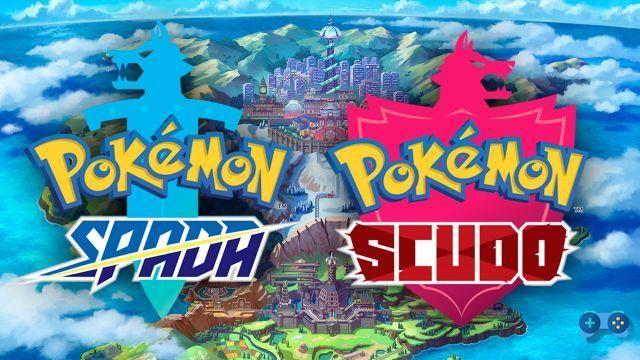 Less than a month to go until the highly anticipated launch Pokémon Sword and Shield Pokémon, the new chapters of the series that will debut exclusively on the next Nintendo Switch 15st November.

Below is the official press release.

Gigamax forms of Pikachu and Eevee announced and more

London, 16th October 2019. The Pokémon Company International and Nintendo today unveiled the Gigamax forms of Pikachu, Eevee, Charizard, Butterfree, and Meowth. The Gigamax phenomenon changes the size, strength, and appearance of Pokémon, and allows them to use a Gigamax move. Only a few rare specimens of certain Pokémon species can gigamaxize. Gigamax Pokémon will appear in the highly anticipated Pokémon Sword and Pokémon Shield video games, out on November 15, 2019 exclusively for Nintendo Switch ™ family consoles.

Pikachu Gigamax stores electricity generated in the pockets on its cheeks in its tail. When fighting, it hits opponents with its tail, striking them with the power of lightning. It becomes so powerful that it can generate an amount of electricity equal to that of a power plant. But it is difficult to use it to power houses, because Pikachu can only hold this form for a short time. The Electro-type attacks used by Pikachu Gigamax will become Gigapikafolgori, a Gigamax move that, in addition to dealing damage to opponents, paralyzes them.

Trainers who have played Pokémon: Let's Go, Pikachu! in their Nintendo Switch family console they will be able to receive a special Pikachu capable of gigamaxizing in Pokémon Sword and Pokémon Shield.

The flames inside Charizard Gigamax's body have intensified, and now they spout from the mouth and horns as well as from the tail. They appear to glow with more energy when the Pokémon roars. The power from the energy of the Gigamax Phenomenon creates the hottest magma wings on its back, which the Pokémon can throw at enemies to incinerate them. The Fire-type attacks used by Charizard Gigamax will become Gigamax, a Gigamax move that in addition to dealing damage to the target damages all non-Fire-type Pokémon for four turns.

Thanks to the energy of the Gigamax phenomenon, the fur around the neck of this Eevee Gigamax becomes even thicker and fluffier. The opponents who get trapped in it fall in love with Eevee, losing all warlike instincts. When he gigamaxizes, Eevee becomes even more playful than usual and wants to celebrate all the opponents who stand in front of him. Due to its massive size, however, it often ends up crushing them ... The Normal-type attacks used by Eevee Gigamax become Gigamax, a Gigamax move that not only deals damage when it hits, but also infatuates Pokémon of the opposite sex.


Trainers who have played Pokémon: Let's Go, Eevee! in their Nintendo Switch family console they will be able to receive a special Eevee capable of gigamaxizing in Pokémon Sword and Pokémon Shield.


The Gigamax made Meowth's body extraordinarily long, as well as making the coin on his forehead magnify, with which he can emit a stream of Gigamax energy, sprinkling the surrounding area with an intense golden glow. Meowth loves shiny objects: when he sees a skyscraper with glass fronts, he can't resist the temptation to nail his nails and causes considerable damage, leaving the outer walls deeply grooved and shattering the windows. The Normal-type attacks used by Meowth Gigamax will become Gigamonete, a Gigamax move that in addition to inflicting damage spreads coins everywhere, giving Trainers, in the game, a nice extra cash at the end of the fight!

By purchasing Pokémon Sword or Pokémon Shield by a certain date, it will be possible to receive a special Meowth capable of gigamaxizing as a gift! The Pokémon will be available from Friday, November 15, 2019 to Wednesday, January 15, 2020 and to get it, simply access the Secret Gift function and select the "Via the Internet" option.

The amazing wings of Butterfree Gigamax, which have become gigantic, are its most distinctive feature. The scales that cover them emit a blinding glow and can paralyze, poison or numb opponents. They are undoubtedly Butterfree's most effective weapon. By flapping its huge wings, Butterfree Gigamax can cause a rushing wind that can send a 10-ton truck flying away. Its poisonous scales, at the mercy of these air currents, disperse all around the Pokémon and pose a serious danger to anyone who dares to approach it. The Bug-type attacks used by Butterfree Gigamax become Gigastupore, a Gigamax move that in addition to inflicting damage spreads scales to opponents that can poison, paralyze or put them to sleep.

To learn more about Pokémon Sword and Pokémon Shield,

Do you want to complete all the achievements and trophies and know all the tricks, guides and secrets for your video games? SoulTricks.com is a group of video game fans who want to share the best tricks, secrets, guides and tips. We offer the best content to be a source of useful information, so here you can find guides, tricks, secrets and tips so you can enjoy your games to the fullest. Are you ready to get all the achievements of that game that you resist so much? Enter and enjoy your favorite video game to the fullest!
FIFA 21 - FUT Ultimate Team, the strongest defenders in the Premier League (BPL) ❯

Minecraft, news on the "Better Together" update on Switch

Add a comment from Pokémon Sword and Shield, revealed the Gigamax form of new Pokémon