Doom Eternal, our test at Gamescom 2019 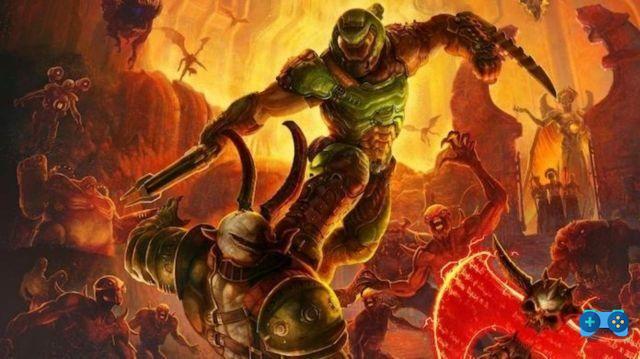 We at Soultricks.com, on the occasion of the Gamescom 2019, just past, we had the privilege of getting our hands on Doom Eternal, the awaited new entry in the historic video game series Doom, whose publication is scheduled for 22 next November.

Three years after the publication of Doom 2016, the series splatter first person shooter is enriched with a new and interesting sequel. Presented at the last E3 2018, Doom Eternal puts us in the shoes of the Doom Guy, Doom Slayer or Doom Marine. Regardless of what we call it, there's no denying it's a ruthless and efficient demon killing machine. The latter seek revenge and we will be the last bastion between them and the destruction of the Earth. Our adventure will take us to other dimensions never seen before such as: heaven, hell and the center of the earth.

One of the big gameplay updates made by the game developer is the greater mobility of the protagonist. This is achieved through double jumps, sprints (even double) and the ability to climb walls. We will have to use these new skills to traverse some rather difficult sections of the world that give the game almost a feeling of adventure mixed with the wildest action. These skills are also important when we are in combat, constantly having to take some distance between us and the horde of enemies that attack us.

The combat system is as chaotic and crazy as ever. The game gives us the ability to shoot, saw, and now with the newly added shoulder cannon (Predator-style), you can make your way through enemies. When we have done enough damage, the enemy will stagger and start flashing yellow. With a press of R3 we will be able to perform a Glory Kill, literally tearing it to shreds. At the beginning of my tutorial I tried to make my way through the enemies, but I soon realized that glorious kills weren't just a sophisticated and beautiful mechanic to look at. They were vitally important as performing such a kill allows for valuable resources.

Each attack mode involves the fall of a different object such as shields, ammunition or life energy. All absolutely essential if you want to survive the demons. In one level, the quantity and variety of demons present was enormous and we were therefore able to experiment with various methods to massacre them without any mercy. To the simpler enemies, basically present to carry out glorious kills, we found ourselves facing the feared Doomhunter. A huge demon, capable of sprinting and using its powerful physical strength to attack us. To help us, however, there is a large arsenal of guns. Not just rocket launchers and shotguns, indispensable in the most complicated situations but also electric saw, punches, blunt instruments and flamethrowers.

A new feature introduced in the game is a "extra life system". As we run around the world we may find out a floating green helmet which gives us an extra life in case of death. This means that we will not die at the last checkpoint but we will be given a second chance. This was extremely helpful as the fights weren't easy. Finally, weapons can also be equipped with special mods such as loaded shots, and so much more. Enemies are tough and require some mobility on the map, constantly looking for health and ammo.


To accompany us in our raids the usual metal soundtrack that fits perfectly with the adrenal pace of the game. Graphically, it remains a feast for the eyes. The game uses an improved version of the engine id Tech 7 by id Software. We don't know how the game will fit on consoles, presumably 60fps should be guaranteed on PS4 Pro and Xbox One X. Our test took place on ASUS ROG with Nvidia RTX 2080, which made the gaming experience truly incredible. without uncertainties or drops of any kind.

Doom Eternal is a big step forward in pace and intensity. After the playthrough I was sweating profusely and felt like I had just run a marathon. However, if you are a fan of the frenetic demon hunt, you will love this new chapter in the Doom series. The potential is there and we really can't wait to touch the finished product first hand. Appointment at 22st November, launch date of the game on PlayStation 4, Xbox One, PC and Nintendo Switch!

add a comment of Doom Eternal, our test at Gamescom 2019