Call of Duty: Warzone - Guide to the best weapons 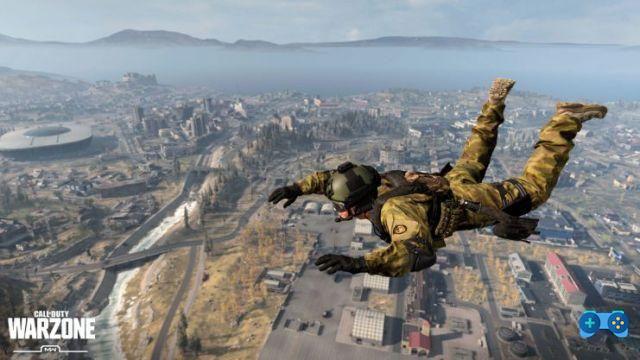 We recommend that you use ours Updated Weapons Guide!

You need the right weapons to bring victory home.

There is no doubt that Call of Duty: Warzone is enjoying huge success, quickly finishing on the podium of the most popular battle royale of recent times. To contribute to this result there is also a different gameplay than its rivals, including the ability to respawn once you have been killed without necessarily having to start a new game.

However, getting to the end remains a difficult undertaking dictated by various factors, one of which is certainly finding the right weapons to have a better chance of winning in clashes with other players (accuracy, of course, will always and only depend on us).

In this detailed guide we will show you the better weapons to use in Warzone complete with the stats and hits required to kill an opponent.

Before we begin, the other Warzone guides may also be useful:

If you are looking for guides about it Call of Duty Mobile, you can look here:

NB: These numbers take into account the damage to each part of the body, so a range of 3-6 means from 3 hits to the head at point blank up to 6 hits to the limbs at maximum distance.

The best assault rifles in Call of Duty: Warzone

Assault Rifles can boast excellent sustained damage thanks to their rate of fire, proving to be a valid choice in any fight.

In the first place we certainly find theAK-47: excellent damage, good cadence and very customizable, which is very important to reduce the high recoil. With the right accessories, therefore, he will quickly become your best friend in Verdansk.

Immediately after we find theOden: Despite the low cadence that may make you desist from choosing, this assault rifle deals more damage than any other. If equipped for long distances, it can really give snipers a hard time too.

Two other valid battle companions are the Weight 141 and Degree 5.56. While they don't reach the rate of fire of their big brother, the M4A1, they still know how to stand out in terms of accuracy and damage when properly equipped.

The best submachine guns in Call of Duty: Warzone

As with rifles, SMGs have the upper hand in confined spaces, where the firing distance is quite short. In Warzone, the size of the map certainly doesn't help this category of weapons, but there are a few that know their stuff anyway.

THEMP5 it's always a great choice thanks to its combo of damage, cadence and handling; the same goes for theMP7, which loses some damage but can count on less recoil.

Another interesting machine gun is theAUG equipped with the 60-round magazine kit, capable of inflicting a lot of damage in a very short time and effective even at medium distances.

The best light machine guns in Call of Duty: Warzone

LMGs rock in Warzone, as long as you're willing to "put up with" their overall slowness except for cadence. To improve them, of course, you can accessorize them in order to create the right compromise between handling and rate of fire.

Despite the rather poor magazine for its category, the machine gun SA87 can be one of the best: high damage, manageable and fast reload, all important factors in surviving Verdansk.

But if you really want to outrun anyone in damage per second (DPS), your greatest friend can only be theMG34: heavy to handle but definitely the best weapon in terms of DPS and rate of fire, so you will have no problem piercing everything that comes in front of you.

The best tactical shotguns in Call of Duty: Warzone

Sure, tactical rifles don't fare as well as their sniper cousins, especially against players with increased health.

Despite this, the Kar98k remains one of the best as it is capable of inflicting high damage over good distances without sacrificing too much handling and reload speed.

Also the MK2 carbine it knows its stuff if equipped in order to have a better rate of fire.

The best sniper rifles in Call of Duty: Warzone

There is little to say in this case: theAX-50 wins hands down over others thanks to its very high damage. If coupled with a thermal viewer, you have reached almost perfection as you will be able to identify even the most camouflaged opponents.

even the Dragunov it is not bad, even if it is rather weak and not very “one shot one kill addicted” for purist snipers.

As already mentioned in the submachine gun category, Warzone prefers medium-long range fights, minimizing the potential of rifles which, of course, excel in tight spaces.

However, if you find yourself in a short range battle, theR9-0 it will not disappoint you absolutely. Thanks to its large magazine and its "double shot" nature, you can easily eliminate various opponents without too much effort, always taking into account good accuracy upstream.

Another surprise is the new one VLK Rogue: High damage, excellent reload speed, good rate of fire and the ability to increase the magazine to R9-0 levels. An almost obligatory choice.

Let's face it: why use a pistol in Warzone when there are dozens of other interesting and decidedly stronger primary weapons?

If you really want a choice here too because you want to hurt yourself and make everything more difficult, go on . 357. Nothing more, nothing less.

Do you want to complete all the achievements and trophies and know all the tricks, guides and secrets for your video games? SoulTricks.com is a group of video game fans who want to share the best tricks, secrets, guides and tips. We offer the best content to be a source of useful information, so here you can find guides, tricks, secrets and tips so you can enjoy your games to the fullest. Are you ready to get all the achievements of that game that you resist so much? Enter and enjoy your favorite video game to the fullest!
Alice: Otherlands, American McGee's Kickstarter made it! ❯

Resident Evil 3 Remake - How to get infinite ammo

Add a comment from Call of Duty: Warzone - Guide to the best weapons