Presented at Mobile World Congress 2015 in Barcelona, the latest device of the Lumia family, is called Microsoft Lumia 640. Already in stores from April 3, the lumia 640 is an evolution of the Lumia 630/635. In fact, it has a processor Qualcomm Snapdragon 400 Quad Core 1.2 GHz and Adreno GPU, with display IPS LCD da 5” HD (the display glass is made with technology Gorilla Glass 3) is 1 GB of RAM memory. 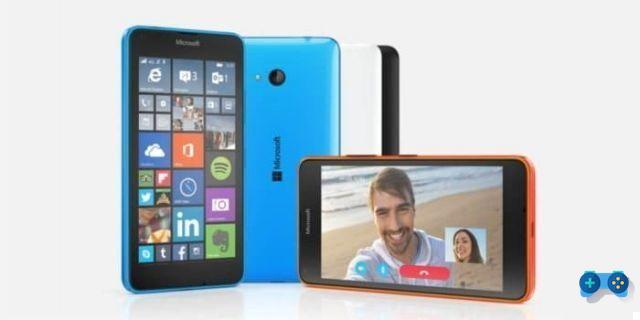 La internal memory from 8GB is expandable through microSD to 128GB and is equipped with a 8MP (f / 2.2) rear camera with LED flash capable of recording videos in Full HD and a 0.9MP wide angle front camera capable of recording HD video. The removable battery has a capacity of 2500 mAh and guarantees up to 24 hours of voice calls.

add a comment from Microsoft Lumia 640 - technical characteristics and prices