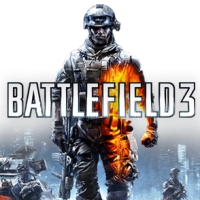 All the features in detail.

You never go to war alone. A Platoon of united and cohesive soldiers is a good start to win the battle. DICE today he explains in his twelfth Battleblog its characteristics in Battlefield 3.

In addition to the information you find at the bottom of the article, we also publish a trailer dedicated to the salient features of Battlelog, the reference point for players in order to always keep in touch with other friends and know the game statistics, as well as consoles command for PC users.

Battleblog # 12: Fight for the Honor and Glory of your Battlefield 3 Platoon!

Create a custom Platoon in Battlefield 3, invite your friends, and show the world who's the best of the best. Here's how the Platoons will change the way you fight and rank together.

With Battlelog, we are expanding the social aspect of playing Battelfield 3, and Platoons are one of the central concepts in doing this. Watch the Battlelog video below for a closer look at the social platform as a whole. Read on for all the details on why being in a Platoon is the most engaging and rewarding way to play Battlefield 3.


A Platoon is essentially the classic concept of player clans, only taken to a higher level of flexibility and social interaction. Anyone can easily start their own Platoon in Battlefield 3. Give your platoon a name, a description, an abbreviation, and you're ready to start inviting friends through Battlelog's elegant interface.

To customize your Platoon, you can use the internal emblem feature in Battlelog, where you can choose from ready-made shapes and templates and position and modify them as you like. Up to 100 players can be part of a Platoon at any one time, and you can be a member of three different Platoons at the same time - you just have to choose which of these you want to be active at the moment.


Play for the Glory of your Platoon

Each game you play while part of a Platoon (whether you play alone or with other members) will be sung in your Platoon's aggregate stats, scores and rank. Having a host of good players who play a lot of starts is a great idea if you want to reach the top of Platoon-specific leaderboards.

You also have a Platoon-specific feed in Battlelog that will show everything about your Platoon - people joining, internal chats, new member records, and everything else you need to keep track of what's going on in the your group of players.

Battlelog users can search for Platoons in their country or area, become a Platoon fan, or apply to become a member. In the regular Battlelog news feed, fans and friends can follow your latest progress and rewards.

With Platoons, we will make it easier and more fun than ever to play together. It's not just a group of people playing together, it's a large group of people where everything you do ultimately has an impact on your Platoon's position and will show up in the stats.

Your first taste of Platoons features in Battlefield 3 will be in the Open Beta * starting on September 29th. While not all features are active, this is a great chance to try it out, and see how it will give that extra incentive to play and contribute to the greater good of your Platoon's advancement.

* All stats will be cleared at the end of the Open Beta.