Le best video cards. If you are looking for the best graphics card on the market then I suggest you take a look at this guide, you will find out which video card AMD o Nvidia will better support your favorite games.

If you love to play on the PC, you will surely know that one of the fundamental components, in addition to being the processor, is the video card. It is responsible for the graphics processing of your PC and for this reason you will have to spend some money to bring home the one with the best value for money.

AMD or Intel? The two manufacturing companies Nvidia e AMD, the same ones that compete for the market for best Processors, are those that currently offer the largest number of models suitable for all needs and that hold the majority of the entire market. If you are looking for the best video cards for your Gaming PC then take a look at the models proposed below, I am sure you will find the graphics card for your gaming station.

You may also be interested in: Best Video Cards For Cryptocurrency Mining 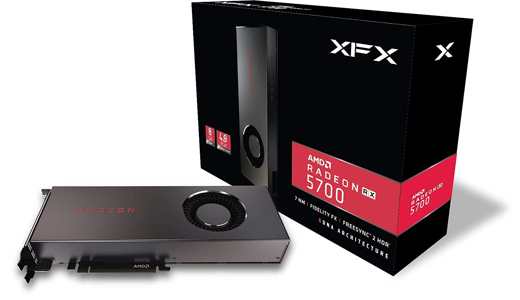 The best graphics card of the moment.

The new graphics card from AMD Radeon RX 5700 it is really powerful and it occupies the very top of this list. including Nvidia GeForce RTX 2060. At a price that exceeds 300 euros and on average it allows you to play at 1440p in Ultra or Max mode, facilitating the use of the most complex and available games for most people. If you want the ray tracing will have to look elsewhere because this graphics card does not provide it. Taking into account how much it costs and what it offers, it deserves the title of Best Video Card of 2020. 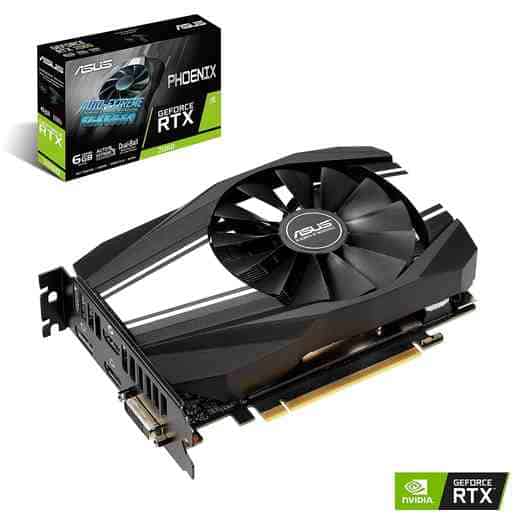 The best video card on the market.

La Nvidia GeForce RTX 2060 is among the best Nvidia video cards and is the fourth architecture-based video card Turing by Nvidia, followed by the 1660 GTX Ti before and since GTX 1660 after. It is the least expensive card to integrate units RT core, In addition to tensor core.

This very powerful card is equipped with a two-part radiator with curved fins that allow you to direct the flow of air towards the heatpipes. It also offers very interesting performance for traditional games, considering that you will be able to turn everything to 1080p and appreciate the 1440p to immerse yourself in the 4k. 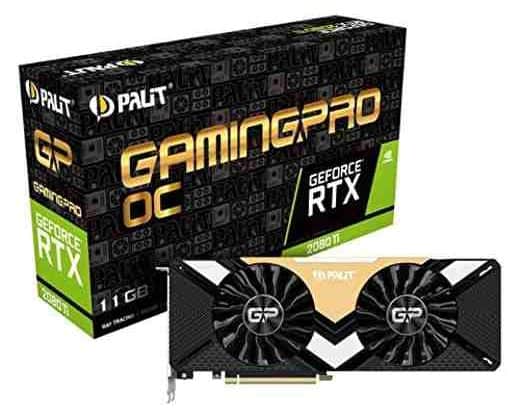 The best 4K video card on the market.

La Nvidia GeForce RTX 2080 Ti it is definitely one of the best graphics cards around. Offers functionality Ray Tracing, very useful for games like Battlefield V. You can also activate theRTX, but attentive to performance. 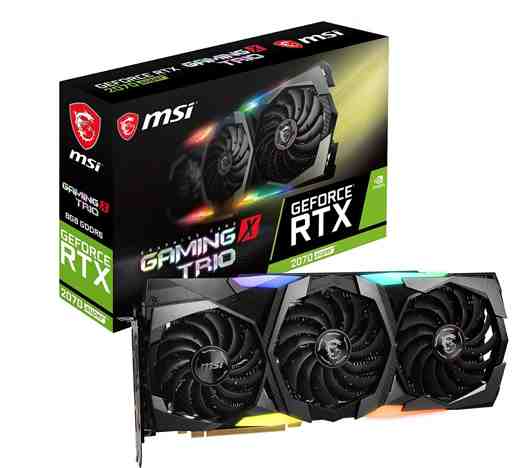 The best QHD video card on the market.

The graphics card Nvidia GeForce RTX 2070 Super it is more powerful than the RTX 2070 and definitely cheaper. Bring the Turin architecture with performance that eclipses that of the GTX 1070. With this card you can play all games at 1440p up to 120fps on Shadow of the Tomb Raider. It offers up to six times the performance of previous generation graphics cards and brings the power of the ray-tracing in real time and of AI in the game. 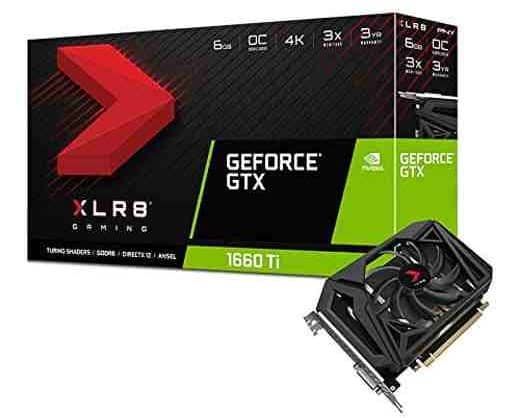 The best Full HD video card on the market.

The graphics card Nvidia GeForce GTX 1660 Ti model PNY XLR8 Gaming OC offers performance within the reach of any consumer. It has no function RTX and does not allow you to play 60fps with resolution 4K, but if you own a 1080p monitor then this video card is ideal for you. The compact size and impressive performance will allow you to play Full HD games at high frame rates and get very smooth QHD experiences even with the latest games. 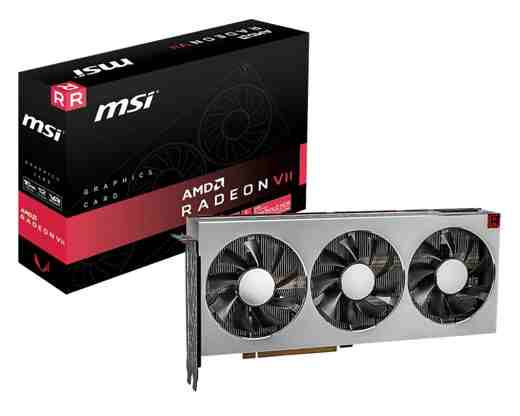 AMD's Radeon VII is a high-end video card with Vega architecture. He manages to be respected in gaming even if the greatest gain is achieved in content creation. It's the first one But by the full GPU acceleration tech consumer a 7 nanometers with excellent performance in 2561 x 1440 and generally valid in 4K.

The power is not lacking, the drivers can be improved in several aspects, the hardware is luxury while the bundle from three games of thickness partially compensates for the high expense. On the other hand, it is an excellent product. 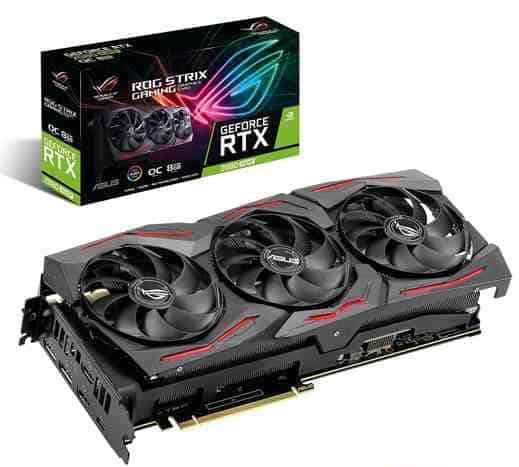 If you are looking for a VR gaming video card then the Nvidia GeForce RTX 2080 Super it is definitely the most suitable. Take advantage of architecture Turing and mount a connector VR Virtual Link dedicated to virtual reality headsets without worrying about finding yourself jerky games. Outside of the VR context you can still play games a 1440p e 4k and with more than 60fps without any problem. Among the games you can try The Witcher 3: Wild Hunt in Ultra HD. 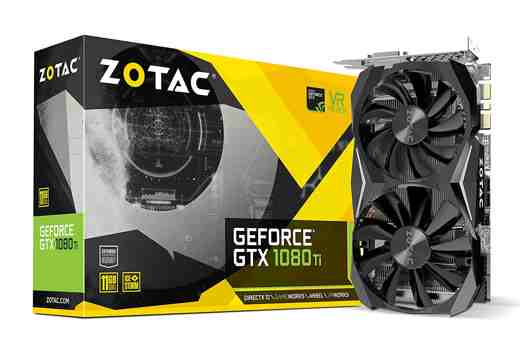 The graphics card Zotac GeForce GTX 1080 Ti Mini it's perfect if you want to build a mini-ITX or microATX gaming PC. It is the most compact Pascal GP102 GPU equipped video card on the market with a PCB that is minimized in terms of space. The heatsink is made of aluminum and is equipped with five 6mm copper heatpipes and is cooled by two fans.

The board is powered by a dual 8-pin connector and features slightly high frequencies for a small size model. 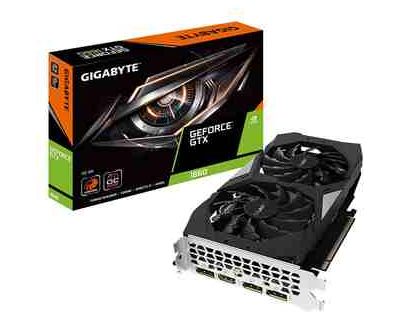 The board Nvidia GeForce GTX 1660 it is an economical product that does its job very well providing excellent performance for the Gaming a 1080p. Not only does it have several doors ouput to play and use monitor multiples but it also has a good one overclock di factory. 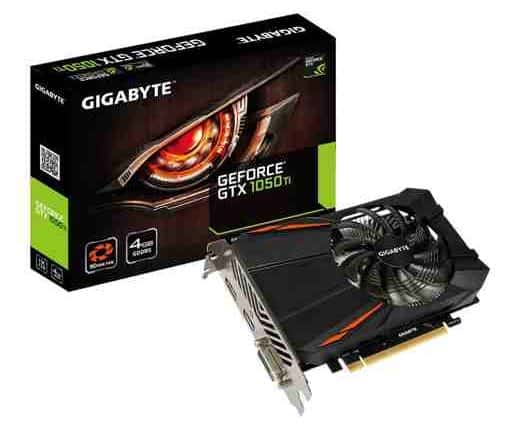 The graphics card Nvidia GTX 1050 it is a very powerful economic card so as to be able to manage all the games eSports and even those with more than 60fps.

Based, like all Nvidia GTX series 10, on architecture Pascal, the most advanced gaming GPU technology ever created to date, the GTX 1050 is enriched with Game Ready technology to offer gamers experiences at the highest level.

After having listed the best video cards on the market, to be taken into consideration before your purchase phase, below you will find an always updated list with the best selling video card of the moment on Amazon.