The best micro SD: here is a buying guide on how to choose the right microsd card for your smartphone, action cam or camera.

Do you need to know which micro SD to buy for your device but among the many in circulation you don't know which one to choose? Are you afraid of buying a memory card that doesn't match your best smartphone or digital camera? Today on a small plastic card of a few millimeters (15 x 11 x 1mm) it is possible to store thousands of photos, videos and applications with impressive reading and writing modes, but choosing among the many in circulation is not as easy as it seems, you I therefore recommend that you continue reading to find out the best micro SD on the market. 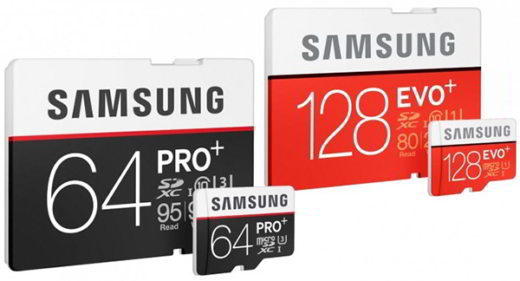 Le microSD they are memory cards that are used on various devices: action cams, tablets, smartphones, miniPCs. From their low cost in addition to convenience, microSDs are also effective for their versatility: just use special adapters to transform them into SD cards (32 x 24 x 2,1 mm) for cameras, compact or reflex cameras, or for card readers without a microSD slot. The microSD to SD adapters are universal and therefore compatible with any microSD. There Lexar, for example, instead of providing an adapter, it equips its MicroSD card with a fast mini-reader with a USB 3.0 port.

In addition to the format and capacity, the microSD also differ in sizeat file read and write speeds. The more performing the cards, the more the devices that will use them will be efficient in loading and creating new content.


The former work on all modern devices while for the latter it is necessary to consult the user manual of the device, although to use it anyway you can format the card via PC with the file system FAT.

Another fundamental aspect that distinguishes each microSD or SD concerns the classes, indicated with a number circled on the cards themselves. The classes indicate the minimum write speed supported by the cards and are divided into:

To learn more, take a look at: The models, classes and capacity of MicroSD cards.
Now that you understand what are the many features that differentiate microSD and SD cards you should be able to identify which memory card is right for your needs. To meet you below you will find the best microSD and SD cards of 64GB and 32GB not to be missed and that you can buy for your smartphone or digital camera.


Below are the best 32GB, 64GB, 128GB, 256GB and 512GB microSD cards I hope you can find the one that suits your needs and economic possibilities.

Please note:: Avoid buying memory cards from vendors with little feedback, if you plan to buy cards over 32GB make sure your device is SDXC compatible, while for moving files to and from mobile devices consider purchasing best SD card readers.

Always remember: once formatted, the memory capacity of a micro SD will be less than stated. 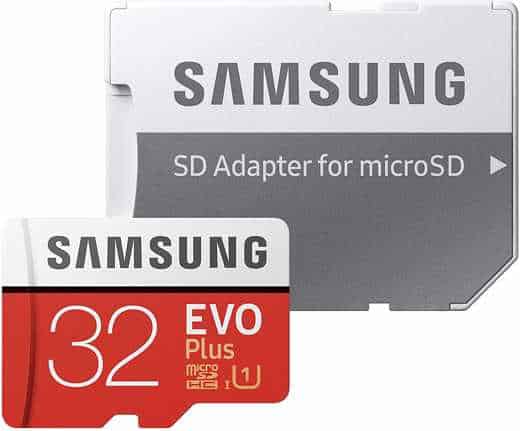 The best SD card you can buy is technically a microSD card, although it can be used at full size when married with the correct hardware. While not the toughest SD card on the market, the read speed of 100 megabytes per second (MB / s) of Samsung Evo Plus and the write speed of 90MB / s is still impressive. Not only that, but there's also a wide variety of sizes to choose from, so whether you need 32GB of storage or 128GB, rest assured, you're in good hands. 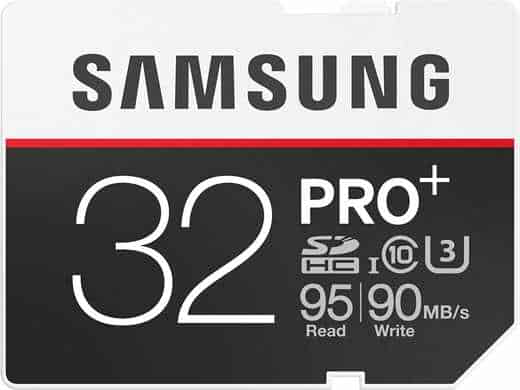 If you do a lot of shooting, especially in 4K, then you will need a reliable microSD card that can write large amounts of data fast, which is exactly what Samsung Pro + can do. It features a U3 rating and read / write speeds of 95MB / sec and 90MB / sec. The kind of speed the Samsung Pro + microSD card can handle will be largely wasted on everyday tasks, like installing in a smartphone, but for 4K video, this is a fantastic buy. 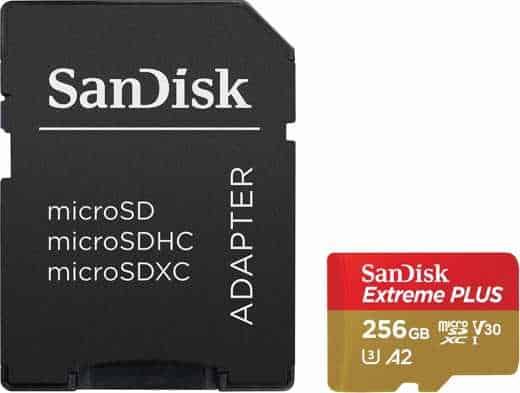 SanDisk claims this is the microSD card Sandisk Extreme Plus it can read up to 95MB and write 90MB. This makes it a very fast microSD card, especially with smaller files, which means it's perfect for action cameras, drones and cameras. It's definitely expensive, but you'll get a great microSD card for your needs. 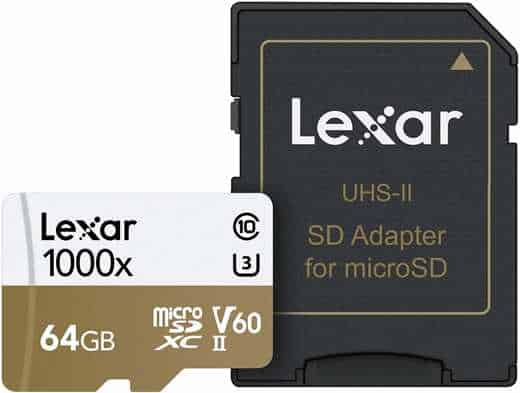 La Lexar 1000x It's not the fastest microSD card on this list, but it has a lot going for it. For example, its read speeds are incredible and faster than many of its competitors. Sadly it falls short of rivals' write speeds but the difference won't be too noticeable to many people. It also comes with a microSD to USB 3.0 adapter, making it easy to transfer files to your PC. 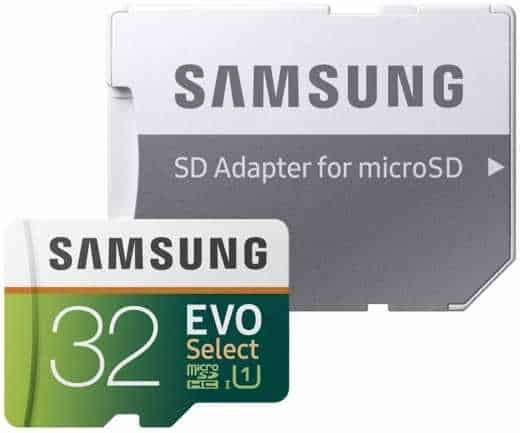 Samsung is excellent at producing fast, efficient and reliable microSD cards as well Samsung Evo Select is the testimony. This is another all-rounder that can safely be housed in a digital camera, drone, phone, or Nintendo Switch game console. While he doesn't necessarily excel at any business, he definitely does his job well. Samsung Evo Select microSD cards are currently only available from Amazon. While this makes the search a little tricky, it simplifies it by giving you the right buying confidence from a reputable seller. 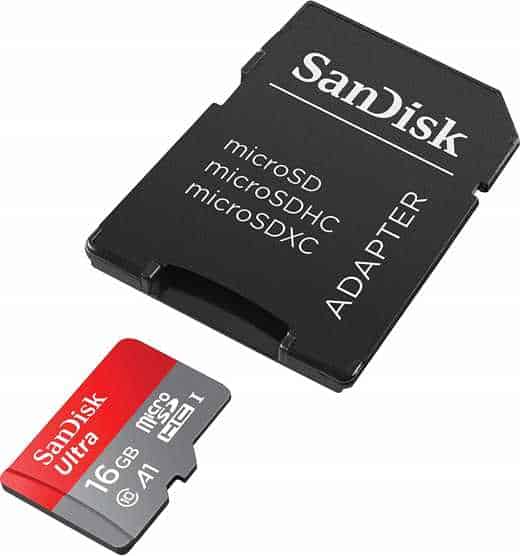 SanDisk Ultra microSD is a brilliant microSD card for those looking for large capacities, with the latest version offering up to 400GB of storage. This should offer plenty of space for storing high-resolution images and video files. Write speeds are good, but they're not the fastest we've ever seen. If you're shooting in 4K, this might be a problem, but for many people the slightly slower speeds are worth it for the amount of storage you get. 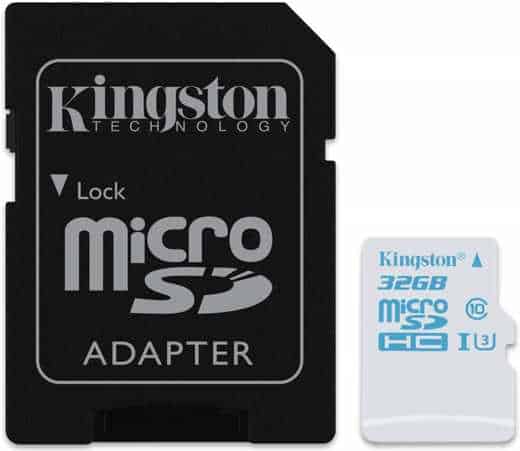 If you're looking for a microSD card to plug into top action cameras, like the Go Pro, then you need something that can record data quickly, while still being able to withstand drops, bumps and splashes. This is where the Kingston microSD Action Camera, the best micro SD for 4k video, specially designed for action cameras. This means it has an incredibly robust design, as well as good read and write speeds. It's a bit excessive if you decide to use it with smartphones, in that case I'd recommend one of the other microSD cards on this list. 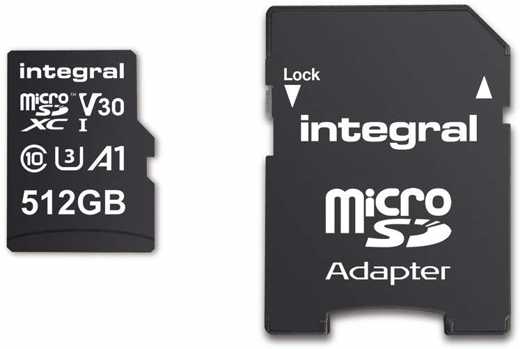 Many microSD cards have low capacity, which is fine if you just need a little extra space in your smartphone or tablet, but if you're capturing a lot of high-resolution images or want to take advantage of the modern smartphone's support for cards microSD up to 2 TB in size, the Integral 10GB class 512 microSDXC memory card definitely deserves your attention. Versions with less space are also available if you need them, if not this is the microSD card for you.

Below is an updated list of the best most sought after micro SD cards on Amazon. Have a good consultation!

Best microphones for streaming 2022: which one to buy ❯