Yu-Gi-Oh! 5D's World Championship 2011 Over the Nexus, information on the National Championship 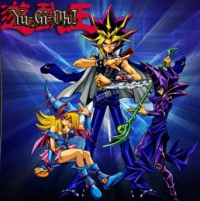 Place, date and time of the event!

For true Yo-Gi-Oh fans, the annual appointment with the official National Card Game Championship is an unmissable event. At the same time, the videogame one was also set up using the video game for Nintendo DS Yu-Gi-Oh! 5D's World Championship 2011 Over the Nexus.

Here is the essential information on the place and mode of the tournament.

The Palacongressi di Rimini is located 2 km from the A14 Rimini Sud motorway exit, 2 km from the Rimini railway station and 4,5 km from Federico Fellini airport.
Built in 1986, this congress palace can accommodate up to 6000 people in the Auditorium, which can also be divided into five smaller rooms thanks to electrically operated movable walls.


The congress center is also equipped with multifunctional structures and numerous meeting rooms equipped with mobile or fixed furnishings, telescopic stands and cutting-edge technologies.
The exhibition area of ​​the Rimini congress palace is 27.500 square meters.

Conduct of the Event

registration opening 11 hours: 00 PRE-REGISTRATIONS WILL NOT BE MADE!

Each player must present himself with:

No other types of consoles are allowed.

The Deck, Side Deck and Extra Deck must comply with the restrictions set forth in the Forbidden List.

At the end of a Duel none of the duelists must press any buttons until the victory is validated by the Referee.

A duelist who, in the judgment of the Referee, continues a Duel for an excessive amount of time receives a Warning. A further warning involves the automatic defeat of the duelist in the match in progress and exclusion from the tournament.


None of the duelists can use external information (that is, from people other than himself) during the course of a match.

Any situation not covered by the Official Regulations will be assessed on a case by case basis by the Chief Judge.

A trip to participate in the YU-GI-OH World Championships is up for grabs for the first classified! WORLD CHAMPIONSHIP 2011 *

For the runner-up a 16GB I-Pod Nano

* Flight, stay and invitation to the tournament for one person (with a companion, only if the winner is a minor).

In order to allow all players to express themselves to the best of their ability, it is recommended to download the list of prohibited, limited and semi-limited cards via Wi-Fi; once registered for the tournament, it will be possible to update the game cartridge directly at the tournament venue.

NOTE: if an “illegal” list is saved on the cartridge, it will be automatically overwritten by the official one.

List of forbidden / restricted cards for WC 2011 on Nintendo DS

Do you want to complete all the achievements and trophies and know all the tricks, guides and secrets for your video games? SoulTricks.com is a group of video game fans who want to share the best tricks, secrets, guides and tips. We offer the best content to be a source of useful information, so here you can find guides, tricks, secrets and tips so you can enjoy your games to the fullest. Are you ready to get all the achievements of that game that you resist so much? Enter and enjoy your favorite video game to the fullest!
Crash Team Racing Nitro-Fueled: all the tricks of the game ❯

Add a comment from Yu-Gi-Oh! 5D's World Championship 2011 Over the Nexus, information on the National Championship