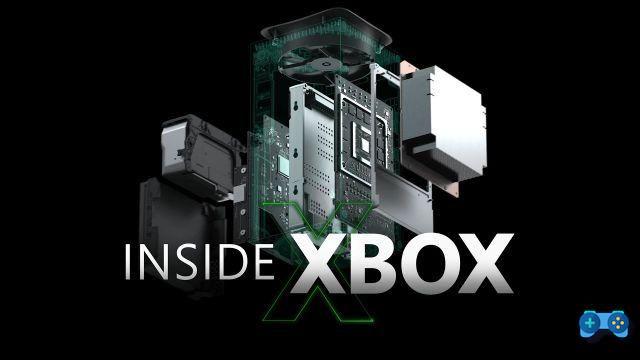 Microsoft opens the season of live streaming via the internet with a very lively event.

The live of the house in Redmond was a a succession of trailers which showed many very different imaginaries, all very fascinating. A series of games that would not have disfigured even in the main conference that Microsoft will hold later, in June, to be honest. It must be said that it was largely of minor production and double A titles. The pace of the Inside Xbox has been really tight and satisfying, showing that the Xbox house has now figured out how to set up these kinds of events. The shortcoming that should be emphasized however is the gameplay.

All games shown will be optimized for Xbox Series X, that is, designed to take advantage of the powerful features of the new console, including 4K resolution up to 120 frames per second, DirectStorage, hardware-accelerated DirectX Raytracing system, super-fast load times and much more.

The announcements of this Inside Xbox

The event opens with Bright Memory Infinite, a fast-paced shooter made by a single developer, which flexes the muscles of the new Microsoft console with a breathtaking graphics sector! All accompanied by a fast and dynamic gameplay that mixes shooting and hand-to-hand combat. The game is developed by FYQD-Studios and expertly blends action and FPS elements in a futuristic setting.


Moving forward we discover the new Codemasters driving game, Dirt 5, which is colorful and fun. Here you can learn more what we know about the title.

And still ahead: comes a new trailer for Scorn, A 'first person adventure with an incredible atmosphere, clearly inspired by the imagery of Alien. Announced many years ago, the title had fallen into oblivion. You can learn more about what we know about the game here.

To follow, in this crackling Inside Xbox, a beautiful trailer of Vampire The Masquerade: Bloodlines 2, to the beat of music and focused on the corruption of the society that we will live in the game. We have deepened the news here.

Call of the sea it is instead a colorful title with a captivating artistic direction, vaguely reminiscent of the style of Sea of ​​Thieves. The game is a first person adventure puzzle game set in the 30s that tells the story of Norah, a woman on the trail of her husband who disappeared on an expedition. The research takes place on a strange but beautiful island in the South Pacific, full of secrets waiting to be revealed. It's an otherworldly story of mystery, adventure, and self-discovery. Here you can watch the beautiful trailer.

The announcement of a cooperative cyberpunk themed twin stick shooter for three players: The Ascent! The imagery looks like an even darker and dirtier version of what awaits us in Cyberpunk 2077, vaguely similar to the Matrix. The title is a solitaire role-playing game and coop. The Ascent Group, a mega-corporation that owns everyone, just collapsed causing confusion and chaos. Unprotected, everyone is left to themselves. The player will have to stop hostile gangs and corporations from taking control and finding out what really happened.


A psychological horror from the guys from Layers of Fear and named Blairwitch The Medium. Many references are reminiscent of Silent Hill, both visual and sound, and indeed at work on the title is the composer of the soundtrack of Konami's historic horror series. The title, by admission of the developers, modeled after Silent Hill 2, reference point for the team. Here you can learn more about the interesting horror title.

Follows Scarlet nexus, stylish action by Bandai Namco in cellshading. The team is that of Code Vein and also the anime style, while the gameplay very reminiscent of what we saw in Astral Chain. Here you can see the announcement trailer. In Scarlet Nexus the player will take on the role of Yuito Sumeragi to explore the futuristic city of New Himuka and uncover the mysteries of a future that blends technology and psychic abilities. In our dedicated article you can learn more about the title. 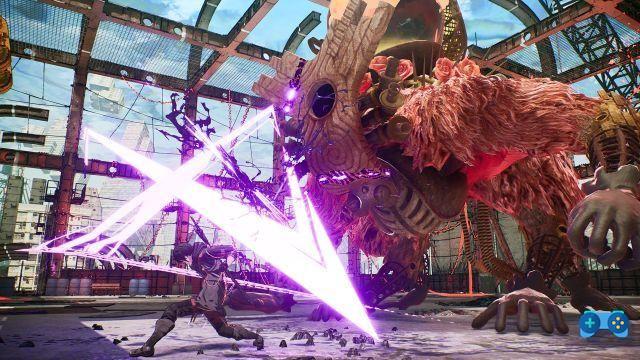 Chorus is instead a title based on spaceships: space exploration and combat, with an artistic direction that seems to take full advantage of the recent Control. The game is an immersive experience single-player which tells a dark story of redemption. The player will take control of Nara, a fighter pilot with a troubled past, and Forsaken, her starfighter, embarking on a journey of revenge to challenge a relentless enemy and take down the dark cult that created her.

instead Second Extinction, by Systemic Reaction, is an intense 3 player cooperative shooter, where the goal is to wipe out the mutant dinosaurs that have taken over the planet. Teamwork is vital when playing the role of one of the survivors, using a unique combination of weapons, skills and abilities to take on a large number of enemies. Here you can find the announcement trailer.


New images also for the last chapter of Yakuza, Like a Dragon, which carves out a space among Microsoft's buzzing announcements. The long-awaited title in the west was shown with some videos, among which you could also admire the gameplay commented by the creator. We have explored the announcement here.

And finally, finally, the long-awaited Assassin's Creed Valhalla! What was supposed to be a full-bodied gameplay trailer actually was a trailer in engine which adds little to what we already knew. The biggest disappointment of the event, unfortunately. Here you can learn more about what was announced.

The live broadcast then continued with some interviews with the developers of the games shown, in which the various titles were explored. Generally the impression is of one engaging communication, however surely a little more gameplay wouldn't hurt. A misstep was undoubtedly that of Ubisoft, which attracted attention and then showed really too little.

Likewise, attracting the spotlight by talking about "first look at next gen gameplay" was not a wise move, as the game play time shown is really low. However, if this is the communication that Microsoft is preparing for the near future as well, there is only to be happy. Well the rhythm and the desire to amaze with new ads, bad gameplay e the marketing that preceded the event.

We remind you, however, that this event opens the summer communication of the Redmond house. Microsoft has plans a main event for the month of June, a replacement for the E3 conference, where it will unleash its full potential. Later theInside Xbox, in July, to focus on exclusive first parties of the new Xbox. Below you can retrieve all the live deferred.

Do you want to complete all the achievements and trophies and know all the tricks, guides and secrets for your video games? SoulTricks.com is a group of video game fans who want to share the best tricks, secrets, guides and tips. We offer the best content to be a source of useful information, so here you can find guides, tricks, secrets and tips so you can enjoy your games to the fullest. Are you ready to get all the achievements of that game that you resist so much? Enter and enjoy your favorite video game to the fullest!
NACON, the new Pro Compact Controller for Xbox is available today ❯

Add a comment from Inside Xbox: all the news of the live on May 7th