Western Digital's My Passport range of external hard drives are known to offer a convenient storage solution for both Mac and Windows users. Their latest series of My Passport drive it is the thinnest, handiest and most versatile in the industry. With AES 256-bit hardware encryption and helpful accompanying software, Passport is the ideal choice for taking your data with you at all times. But is it worth the price at which it is sold? Find out in our review. 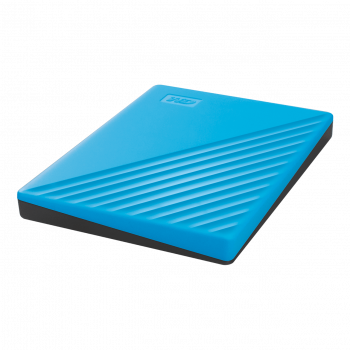 My Passport has a whole new design this time around. The hard drive now has diagonal ridges running across half of the surface which not only add visual flair but also help grip the device. The Windows variant of the unit is available in a two-tone design in blue, black and red. The Mac variant comes in a cool dark blue shade.

The unit uses no metal and the surface is plastic. But there are no sharp edges or visible disturbances in the form of screws. In addition, it is quite compact. The 2 TB variant we tested has a minimal footprint: 107.2mm x 75mm x 11.15mm. In terms of weight, weighs about 120 grams, almost a third less than most modern smartphones. The 1 TB variant shares the same size and weight. However, the 4TB and 5TB variant weigh a little more, coming in at around 209 grams. It is also slightly thicker reaching 19.05mm. Size is one of the most interesting factors of the device. The My Passport is in fact the thinnest external portable drive on the market: its direct competitor, the Seagate Backup Plus Portable of the same size, in fact, is thicker and larger despite using the same number of platters. WD has managed to keep the size of this drive small mainly thanks to the bridge chip soldered directly onto the drive PCB.

Being an HDD, we didn't expect the My Passport to shine for performance, which turns out to be average (even if speed is not really his strong point, quite the contrary). The drive comes with a door USB 3.2 Type B - Type A which means that you will always have to carry the cable with you as there is little chance that you will find other people who have the same cable. We will certainly have appreciated the use of the USB Type-C standard. The unit has a white LED dot located on the same side as the USB port and blinks when it is running.

As for performance, the 5400 RPM hard drive works as expected. In the test carried out with CrystalDiskMark, the HDD Passport managed to reach respectively 111 MB / 105 MB / s in the synthetic read and write tests (find the other data in the two screens below). While not the fastest external drive around in standard benchmarks, WD's drive is still among the quietest and coolest portable mechanical drives we've ever experienced. Precisely this exceptional stability is able to overturn the results in "real world" tests, especially with the transfer of large data packets. The speed in this case, although not once again exceptional in peak values, remains constant throughout the transfer phase, making the My Passport the ideal solution for differential or incremental backup of your main machine, an operation in which the disks are subjected to significant and continuous mechanical stress. Even in these backup operations, the My Passport behaves in an excellent way, always remaining relatively cold and not producing particular noises or vibrations.


Depending on the variant purchased, Windows or Mac, the drive will be formatted in NTFS system or HFS + system. If you want to use the hard drive interchangeably between Windows and Mac, you can reformat the drive to exFAT or FAT file system. 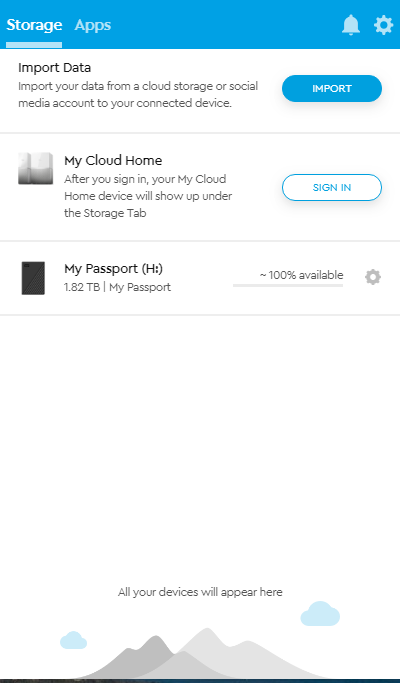 While the performance isn't particularly exciting, WD's bundled software is what makes the My Passport HDD an attractive device. But before we get to that, it's important to mention that the My Passport HDD boasts password protection e 256-bit AES hardware encryption.

Once password protection is activated, you will only be able to access the hard disk data if you enter the relevant password. However, to set the security key you need to use the companion application: WD Discovery. But the drive comes with built-in software opener that allows you to enter passwords on the computer where WD Discovery is not installed.

WD Discovery can also be used for backing up data from popular cloud storage or social media. Currently, the software supports imports from Dropbox, Google Drive, Facebook, Instagram and OneDrive. Also, it's worth noting that if you have multiple Facebook pages linked to your profile, the tool will automatically detect your personal profile and won't back up the pages. Notably, the hard drive can also be used to make Time Machine backups for Mac. A hardware-encrypted drive can certainly be an advantage for some users but a disadvantage for others. A hard-encrypted disk, in fact, uses a proprietary controller that renders the disk unusable once it is separated from its controller. For this reason, if the controller or the connector were to jump and this can happen much more often than you might think especially if the disk will be used by more people, the disk will become practically unusable because it will not be possible to move it to an external case or use it. inside a PC. 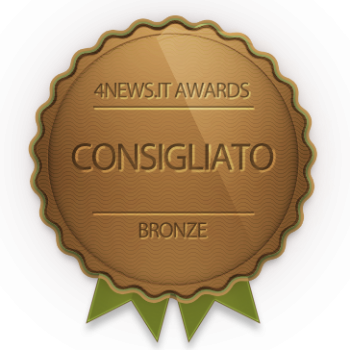 My Passport HDD is a great option for anyone looking to purchase external drives to store or backup data. With password and 256-bit AES encryption protection, you won't have to worry about sensitive data stored on the drive, although this feature limits the ability to use the disk if the proprietary controller fails. However, My Passport is now one of Western Digital's flagship products and the durability factor is one of the elements on which the company has focused more. An interesting surplus is the software suite that Western Digital supplies together with the hardware. The main problems encountered with the My Passport HDD were the lack of a USB Type-C port and the quality of the plastics not exactly excellent. As for performance, if you look at the benchmark values, the WD My Passport is certainly not a lightning bolt of war between mechanical hdd, however it is in the constancy and stability of the transfer in the real world that a HDD of this type must be evaluated and in this sense, My Passport does not disappoint by offering a product with constant and predictable performances that make it ideal for professional use.