Pac Man, a hero of our times

The story of a success

When on May 22, 1980 a game with ghosts and a maze full of dots emanated its first light on a screen, no one would have imagined being in front of a videogames legend. Thirty-five years later, Pac-Man undoubtedly remains one of the most loved video games in the world.

Pac-Man - who was originally the mascot of the Japanese software company Namco - was invented by Tohru Iwatani, a pinball enthusiast who joined the company just three years earlier. Until then, Nakamura - as Namco is familiarly known - had product only entertainment devices with little international success. However, the launch of Galaxian in 1979, in the wake of Space Invaders, hinted that new horizons were opening up. 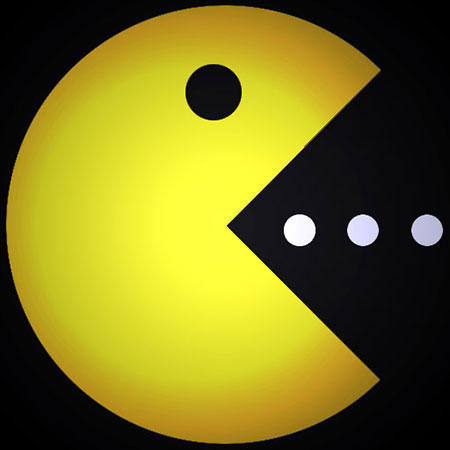 Legend has it that Iwatani was looking for an original alternative to classic shooting and pinball games and his attentionion began to focus on the Japanese verb taberu, which means to eat. In Steven Kent's book "The Ultimate History of Video Games", Iwatani says that "at that time there were a lot of games where you had to kill creatures from outer space." But the "light bulb" only lit in front of a slice. It was the shock.


The dynamics of the game are as simple as they are effective: a spherical yellow creature - Pac-Man, in fact - must ingest all the dots scattered along the corridors of a maze and thus accumulate points. At the same time, he must prevent four ghosts - Blinky, Pinky, Inky and Clyde - from reaching him and touching him, at the risk of losing a life. Bonus points appear from time to time in the form of fruit - cherries, strawberries, oranges, apples, etc. - or power pills. The goal is to accumulate as many points as possible. However, a bug in the game software prevents you from passing the 256th level and therefore the highest achievable score is 3.333.360 points. This is the "perfect score" and can only be obtained by eating all the pills, all the blue ghosts and all the bonuses that appear in all game levels.

Originally the game was called “Puck-Man” (Puka-Puka in Japanese means 'Eat-Eat'). But when the video game crossed the Pacific to land on the US coast, it turned into Pac-Man, to prevent the word "Puck" from being confused with the English word "fuck". In a short time the game became an absolute success in the USA, with millions of players and staggering revenues for the company.

Pac-Man's success went hand in hand with the audiovisual and entertainment industry revolution. In fact, from the 90s until today, the videogames market has registered an uninterrupted exponential growth, with a share even higher than that of the music and film industry.


In recent years, despite the economic crisis and its effects on consumption, the video game sector has kept constant its investments in innovation and development, adapting to the new needs of consumers and seeking new market segments to explore. Precisely for this reason, most analysts assure that this will be one of the key sectors of what has already been renamed the "innovation economy". Thanks to the development of online sales channels and the multiplication of videogames functionalities, the gaming market is expected to reach 30 billion dollars by 2017, mainly driven by mobile gaming (on tablets and smartphones).

The global trend is also confirmed in Spain. According to research published by the specialized platform Newzoo, we are third in Europe for gaming tablet popularity and ninth in the world for total spending on the Apple Store and Play Store platforms. And if the number of regular players rises to 21 million, 56% of the entire population has purchased products related to vdieogames at least once. Not to mention the enormous growth of online gaming, with sport dominating: in fact, in 2013 alone, online players spent € 725 million. 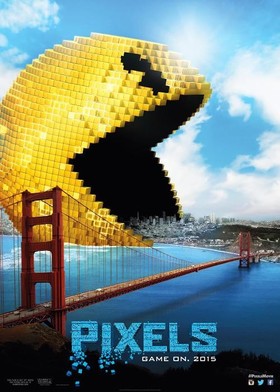 These numbers are largely due to the increase in supply - in recent times the number of sites where it is possible to bet has grown dramatically - and to the best technological safety, which protects against unpleasant inconveniences. If until recently one of the fears of online players, especially "amateur" ones, was that of having their personal and banking data stolen, now when you play on sports betting sites you have a very high level of security, guaranteed by the standards imposed by the AAMS.

It can therefore be said that in the future Pac-Man will appear in the history books as the precursor to a virtual world that increasingly fills our lives? According to the film producers of Sony Pictures, who are about to launch “Pixel,” the answer is yes: Pac-Man is an absolute star of our times.

At the presentation of the film project, Josh Greenstein, head of distribution at Sony Pictures, stated without a shadow of a doubt that Pac-Man was "The most recognizable character in the history of video games" and that therefore should also appear in the poster of the film, will be released next July 29, also in 3D.

The events to celebrate this 35th anniversary take place both in Japan and in the United States or Europe. In Spain, the Rey Juan Carlos University of Madrid has recently inaugurated a statue dedicated to Pac-Man, while the Gamelab laboratory in Barcelona will award the “Legend Award” to Tohru Iwatani next month. Iwatani himself, in an interview, said that his wish for Pac-Man's birthday is that he continues to make people happy, as he has done so far ”.

add a comment of Pac Man, a hero of our times