With Outlast on Nintendo Switch, terror is always with us.

This summer Red Barrels he had promised the arrival also on Nintendo Switch of the two main chapters of the Outlast series. Incidentally, even the only ones released so far on PC and consoles, considering that Outlast 3 is still in development. After a few months, the promises have been kept, but will the ports have been really made with the care that the developers had mentioned? We're about to find out.

Inside the hospital: the originality of the first Outlast

The two chapters of the Outlast series they are very different from each other, although of course they share the survival game mechanics and the claustrophobic and disturbing atmospheres. The first episode now has its years behind it, and has managed to relaunch the genre by proposing itself as the one that is recognized today the most traumatic horror adventure of this generation. A game that you can play alone, in the evening and with headphones: but at our own risk.

After all, the plot is certainly not the most successful aspect of the production. As an investigative reporter, we go to a remote psychiatric hospital in American territory. Isolated in the mountains, it seems to be the place of 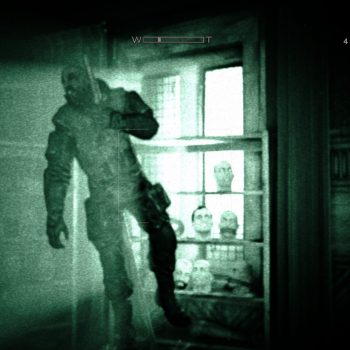 strange experiments, to believe the alarmed indiscretions of an insider. And our source is right: after a few minutes we realize that that abandoned place (well, well) hides dark secrets, and that its guests no longer have anything human.


Red Barrels after a short and minimalist tutorial leaves us to ourselves: armed with camera and notepad, it is up to us to document what is happening. And he warns us that we are not warriors, so better hide in case of danger. In fact, the entire title is a very distressing game of hide and seek against the "monsters" of the psychiatric hospital. The perspective is completely in the first person, with the cut of the "fake documentary" thanks to our faithful camera that acts as a filter for the eyes of the protagonist.

Outlast 2: the villages of Arizona

Before moving on to the technical analysis of the two titles on Nintendo Switch we still have time to spend a few words for Outlast 2, the second chapter of the series. While it received pretty high ratings from all of the industry outlets overall, the franchise's sequel divided its audience. Many have accused him of betraying the origins and the mechanics behind the production, which in reality on balance have only been reworked (and enhanced) by the developers.

Outlast 2 is very different from its predecessor, and this is a fact: but the differences concern the enormous expansion of the game map. We used to be 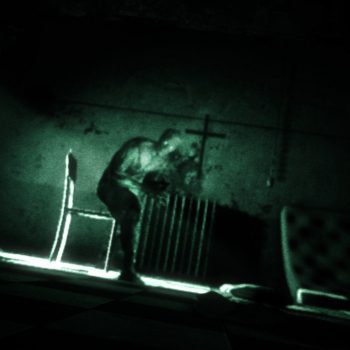 inside a psychiatric hospital, which, however large, was only one building. Now we are even moving in an entire rural Arizona village, with the surrounding area. By force of circumstances, a larger game area has led to a reduction in claustrophobia, opting for increasingly moving dangers (complete with chases by enemies). The mechanics based on cameras, batteries and hiding places remain valid and effective, but alternating from time to time with more exploratory phases.


Outlast 2 is also more mature from the point of view of the issues addressed, less nuanced is more decisive, however always extreme and "strong". We remind you that we are talking about titles forbidden to minors, from any point of view they are observed.

The crux of the matter naturally remains the goodness of the porting up Nintendo Switch. The new hybrid from the Kyoto House is notoriously less potent of PlayStation 4 and Xbox One, a detail that basically does not cause any problems, except when it comes to ports. How do the two Outlasts turn on the Nintendo Switch?

The performances are really excellent, and it is they who have allowed us to opt for the vote you read at the bottom of the review. Both the first and second Outlast manage to keep 720 px and 30 FPS fixed in tabletop mode, ensuring fun and a good compromise in portable mode. In TV mode Outlast 2 performs better than the prequel, which reaches “only” 1008 pixels against 1080 per second. In any case, what is striking (and at times a bit surprising) is the fluidity of both productions. Red Barrels has spent the time really well on making the conversions for the Nintendo Switch. 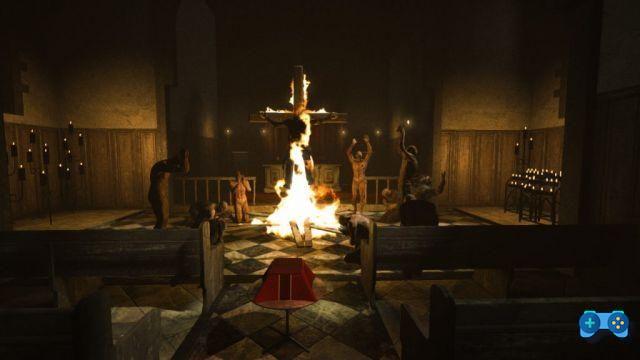 From the content point of view, the two Outlasts on Nintendo Switch are the best opportunity available for those who have never approached the series. Outlast: Bundle of Terror includes the first episode and additional DLC, so you can have everything Red Barrels has ever released up to this point on a single console. The negative note, to be picky, is the re-proposition of the same contents without any significant additions. There is not even a gallery for the sketches, so that the full price (quite high) it is hardly justifiable, even considering the excellent conversion work of the developers.

One last important note is the free addition of a new game mode for Outlast 2, the “easy” difficulty level. This is the right option for those who really just want to enjoy Arizona's distressing narrative: there are fewer enemies, and they are also less aggressive, the batteries last longer, and in general you die a lot less than normal. But this is not a Nintendo Switch exclusive: a patch has introduced it in the last month also on PlayStation 4, Xbox One and PC. 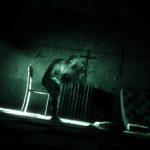 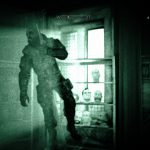 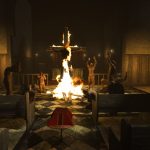 - A genre that was missing on Switch

- Legible texts, but too small fonts

Summary
Nintendo Switch is enriched with two small masterpieces, which marked the maturity of Red Barrels. The price proposed for each episode is certainly not the cheapest, but it gets worse. And in any case it is partially justified by the goodness of the conversion, which manages to squeeze the Nintendo Switch hardware to not really miss anything. Apart from additional noteworthy content. But in short, we are talking more and more about more modern cornerstones of the genre in question.
gameplay
Graphics
Sonoro
Longevity
Final judgement
Do you want to complete all the achievements and trophies and know all the tricks, guides and secrets for your video games? SoulTricks.com is a group of video game fans who want to share the best tricks, secrets, guides and tips. We offer the best content to be a source of useful information, so here you can find guides, tricks, secrets and tips so you can enjoy your games to the fullest. Are you ready to get all the achievements of that game that you resist so much? Enter and enjoy your favorite video game to the fullest!
Kirby's Blowout Blast Review ❯

Add a comment from Outlast 1 and 2 review (Nintendo Switch)