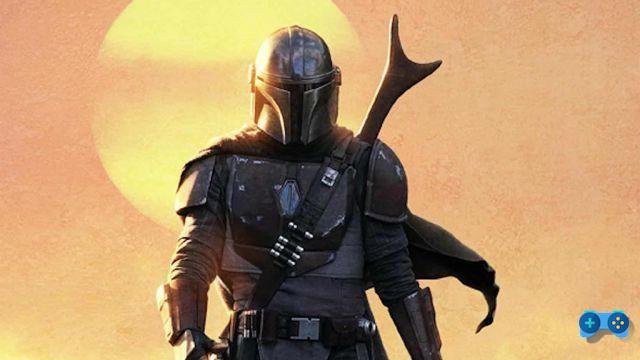 From Jango Fett to Mando, a race of warriors and mercenaries.

It is still a little while before the arrival of Disney +, but we still want to introduce you to the spin-off The Mandalorian, a series that tells the adventures of a Mandalorian bounty hunter, but what do we know about this breed?

If, like myself, you are a lover of the epic Star Wars saga, you will surely remember Boba Fett and "his father" Jango (introduced in the Clone Wars).

In this particular retrospective we are dedicated to the rediscovery of this masked warrior race.

The Mandalorians are a native species of Coruscant, one of the most important planets on a political level, in fact it was the seat of the Senate, the Empire and the Jedi Temple. The human tribes native to this place called themselves Taung, and had formed clans with other species, such as the Cthons, the Zhells, and the humans themselves.

But one day, after a catastrophic eruption and conflicts between the Taung clans and rival ones, the latter fled en masse, heading for the planet Roon.


Around 7.000 BBY (Standard Galactic Calendar dating system, which marks the Battle of Yavin as “year zero”) a powerful Taung fighter, known as Mandalore the First, conquered a Planet located in the Outer Rim.

In honor of this legendary warrior, the Taung called Mandalore the Planet they conquered, from that moment they became known as Mandalorians.

After the deeds of the legendary warrior Taung, the Mandalorians decided that all their leaders should be entitled to the title of Mandalore, among these the names of Canderous Ordo stand out, a powerful warrior present in the video game Star Wars: Knights of the Old Republic, Jango and Boba Fett .

The Mandalorians have always had an important role in the Wars that raged in the Galaxy, as their skills and their courage made this race the prototype of the perfect warrior, unfortunately, however, being mainly mercenaries, they often found themselves "on the wrong side of history".

In fact, they have almost always been allies of the Sith and the Galactic Empire. One of them during the Old Republic even became a prototype for the Clone Troopers, let's talk about Jango Fett, an excellent Mandalorian fighter hired by Senator Palpatine or Darth Sidious if you prefer. 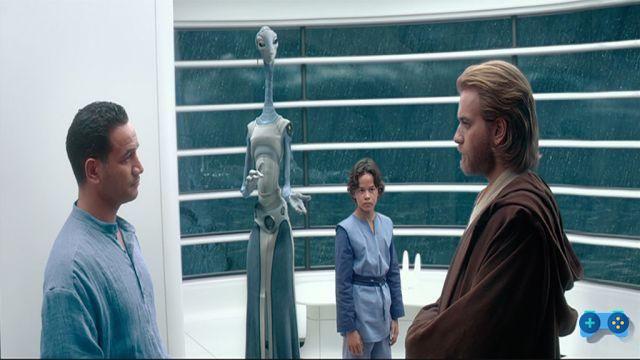 The Mandalorian battle armor is in fact one of the most iconic items in the Star Wars universe.


Think about it for a moment, you are designing an armor suitable for a sci-fi world, rest assured that the one worn by Boba Fett will come to mind.

The shapes of this garment derive from an old model used during the Mandalorian Wars. This type of armor, in fact, was in use by the Mandalorian Raiders and was designed with the aim of resisting attacks with electromagnetic weapons and "containing" Jedi attacks.

The armor of a Mandalorian, which we can admire with pleasant nostalgia also in The Mandalorian is composed of the iconic helmet, equipped with: communication system, tactical display and a visual extender built right on the particular antenna.

The rest of the armor is made up of protections for the torso, arms and legs, without forgetting boots and jetpacks, the former were designed for assaults in space and to attach to any metal surface. The second, on the other hand, does not just make these nice warriors flit here and there, but also hides a gem, we are talking about a short-range missile launcher, always useful when the enemies are too numerous.

The last element of this characteristic armor are the classic Mandalorian pistols, weapons particularly loved by the fighters of the Galaxy. 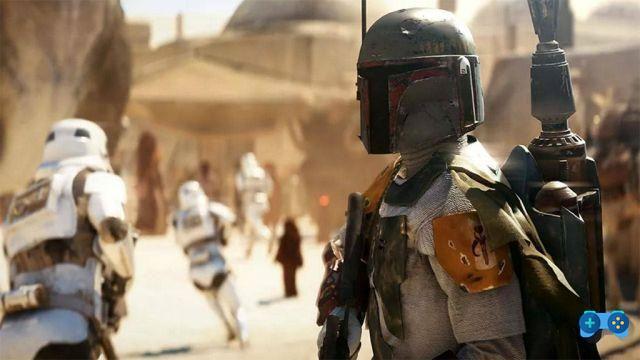 I hope you enjoy this insight and help fill in some gaps in the history of this warrior race.

In any case, have you already started following The Mandalorian? If so, what do you think? Let us know in the comments or by voting on our Facebook poll.

How to connect Alexa to TV (Smart TV and traditional)

Game of Thrones, the petition for a remake of the eighth season reaches 400.000 signatures

The Witcher: the nine main differences between the Netflix series and the books