Sekiro: Shadows Die Twice - Where to find all prosthetic tools 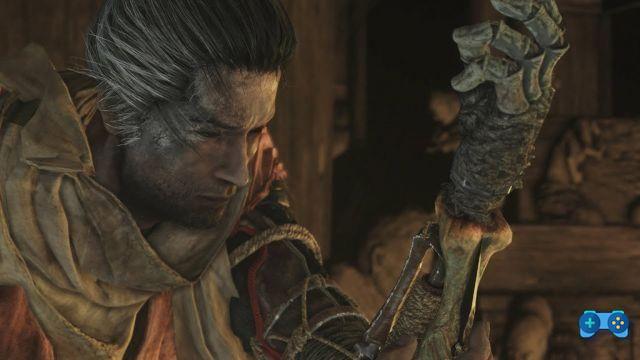 Who is afraid of the wolf, do not enter the woods ...

Now it is useless to repeat how difficult Sekiro: Shadows Die Twice is, if you bought it you were aware of the risk that your nerves would run.

In any case, fear not, the Soultricks.com editorial team is always close to you, daring players. In the last few guides we have focused on the collectibles needed to upgrade our dear “One-armed Wolf”.

Today we are talking about the innovative element introduced by the guys at From Software, the prosthetic arm, a useful tool to the point of thanking for the lack of another “useless arm only flesh and muscles”.

This shinobi prosthesis in addition to being particularly useful thanks to the grapple, can include a series of important modifications and / or upgrades, such as to facilitate (not too much) the numerous battles that you will have to face.

Fantastic tools and where to find them

Within this guide we will only tell you where to find these items, for the upgrades you will have to wait a bit.

Shuriken Uploaded: Findable in the surroundings of Ashina, starting from the Sculptor's Idol of the “Outer Wall-Via dei Cancelli” go to the roof of the building that you will find in front of you. On the left, you will find a corpse, right there you will find your first prosthetic instrument;


Shinobi Damselfish: Also in the surroundings of Ashina, at the same Idol of the Sculptor, you will find this useful tool. After the building where an old woman will give you the Young Lord's Rattle, look up to the left. You can see a path that can be reached thanks to the grappling hook, follow the road and you will arrive at the merchant Adept of the Corvi's Nest, the latter will give you the prosthetic instrument for only 500 Sen;

Fiery jet: Go to the Hirata Estate, at the Sculptor's Idol "Sentiero della Tenuta" and continue until you reach a place where you will find many soldiers bivouacking. Defeat them, after doing so, look for this useful tool in the flames;

Ax loaded: After obtaining the Fiery Jet, continue until you find a dying samurai, talk to him, he will tell you about the existence of a particular tool. Once you reach the end of the path, turn left and enter the courtyard located on your left, eliminate the enemies you meet and you can collect the powerful prosthetic tool from the Buddha Temple;

Raven of the Mist: Still near the Hirata Estate, but at the Sculptor's Idol at the "Slope of the Bamboo Wood", you will come across a bridge where you will be awaited by a giant armed with a club and two soldiers with a lot of shields. Do not face them, drop to the right, use the grappling hook to grab the branch and continue towards the end. There you will find bamboo canes that obstruct your path, cut them, continue making the jump to the wall and as soon as you exit, go left towards a pagoda. Another shinobi will try to stop you, if you manage to eliminate it, you will get the prosthetic instrument in question;


Lance loaded: This time we are near the Ashina Castle, starting from the bridge where the old woman is praying, use the grappling hook and go up the branch on the left. Below you two guards will speak, listen to what they say and kill them. From one of them you will get the Guard House Key (Building at Ashina Lake, near the Moon Tower) go there and you will find this prosthetic tool waiting for you;

Umbrella loaded: Also at the Ashina Castle, but at the Sculptor's Idol of the "Ancient Tombs", make sure you fall on a building (the one with a large hole in the roof). Once inside, talk to the merchant, he will give you the prosthetic instrument to 1600 Sen.
You can also get this useful tool for free, just wait until Ashina is under siege. In fact, returning inside the building, you will notice the lack of the merchant, but he will have left behind the instrument in question, all without even spending a precious Sen.

Sabimaru: We are still at the Ashina Castle, near the Sculptor's Idol in the “Warrior's Antechamber”. Starting from this point, head towards a path where an old woman and a samurai are on guard. Drop down to the lower level until you reach the roof of a small pagoda, enter and continue to the end of the next room. In front of you you will find a chest containing the prosthetic instrument.

Divine Rapture: Go to Forra, towards the Sculptor's Idol of the “Fortino”, go forward along the bottleneck, you will reach a Centipede Braccia-Long Giraffe. Once you have eliminated the miniboss, you can collect the tool from the statue that you will find in front of you;

Whistle: You will find the last prosthetic instrument in Forra, at the Sculptor's Idol of the “Bodhisattva Valley”, to get it you will have to overcome the battle with the Guardian Monkey.

We hope this guide will be useful to you as you continue your adventure. In case Sekiro: Shadows Die Twice makes you suffer even more, here are some valuable help:

add a comment of Sekiro: Shadows Die Twice - Where to find all prosthetic tools