Video Game Awards 2010, here's where to follow the event in live streaming 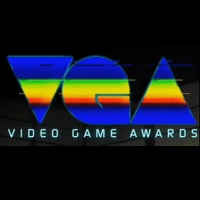 Spike TV is organizing the i Video Game Awards, the event that rewards both video games and professionals for each category. The start is scheduled for 2 AM on 12 December Spanish time.

It will also be an opportunity to discover in world premiere the trailers regarding the news for Playstation 3, Xbox 360 and Wii.

In addition to Batman Arkham City, Resistance 3, Uncharted 3, Gears of War 3 and Killzone 3 (all with the three, ed.) It could be an opportunity to announce something unexpected: there are those who say the Wii 2, who instead Halo: Combat Evolved in HD. Last year, the Naughty Dog team was triumphant with Uncharted 2: Among Thieves.

What do you expect?

The presenter chosen is the famous actor Neil Patrick Harris who takes the place of Jack Black of the last edition, of which you can see the commercial below:

To follow in direct the event, click on the reader below, and close any new pages that will open!