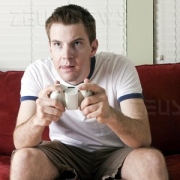 The titles to be released in October 2012.

Get ready to make your wallet cry. Arm yourself with a hammer and break your piggy bank. October, the most prosperous month of video game releases has arrived, and you are spoiled for choice.

Undoubtedly among these stand out the games long awaited by millions of fans such as Assassin's Creed III, for the PS3 and 360 console versions, and its female incarnation with Liberation for PS Vita. On the shooter front comes Medal of Honor: Warfighter, following the title that marked 2010 with the rebirth of the brand by Danger Close, while among the driving titles stands out WRC 3 by Milestone. Let's see in detail, divided into days, the video games for each platform.

Professor Layton and the Mask of Miracles - 3DS
Forza Horizon - 360

The article will be updated continuously throughout the month to accommodate any announcements or changes to the list.

Do you want to complete all the achievements and trophies and know all the tricks, guides and secrets for your video games? SoulTricks.com is a group of video game fans who want to share the best tricks, secrets, guides and tips. We offer the best content to be a source of useful information, so here you can find guides, tricks, secrets and tips so you can enjoy your games to the fullest. Are you ready to get all the achievements of that game that you resist so much? Enter and enjoy your favorite video game to the fullest!
Titanfall 2 review ❯

Ubisoft, new trailer for Assassin's Creed Origins - the Curse of the Pharaohs

Call of Duty Infinite Warfare, the Sabotage DLC is now also available on PC and Xbox One