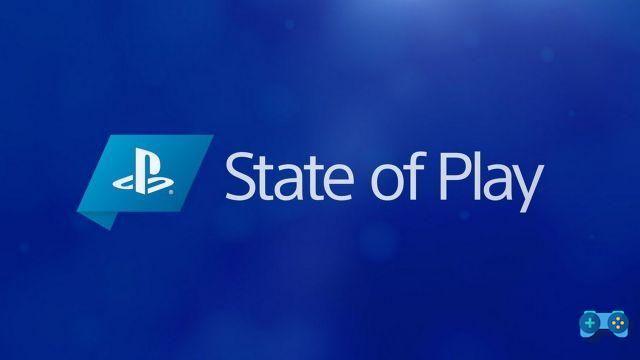 Yesterday February 25 2021, 23.00 (Spanish time) aired it State of Play 2021, with whom Sony presented the upcoming news and updates for games on its current consoles, that is PlayStation 4 e PlayStation 5.

The event, of the effective duration of half an hour, can be viewed in full below.

Let's go to examine in detail, one by one, the games and updates proposed.

Crash Bandicoot 4: It's about time for PS5

Crash Bandicoot, one of the most beloved and representative characters in the history of PlayStation has recently returned with a new adventure on PS4, Entitled Crash Bandicoot 4: It's About Time. Last night, as the first announcement, Sony has made it known that this adventure is about to land on PS5 and will take advantage of all the features specific to the new console.


Native resolution in 4k and 120 fps, reduced loading times thanks to the SSD technology and, of course, the functionality of the controller: adaptive triggers and haptic feedback. The sound will also benefit from the advantages of the new console, thanks to the3D audio. It will also be guaranteed the Cross save between version PS4 is that PS5. Crash Bandicoot 4: It's About Time will be available on PS5 free for those who already own the game on PS4 starting from March 12.

After the adventures of Crash, it's the turn of Housemarque, the talented studio behind games like Matterfall e Resogun, to grab the public's attention with Returnal. The title is shown in a full-bodied gameplay trailer, in which some of the most significant aspects of the game are highlighted.

In Returnal the player impersonates Selene, an astronaut lost on an alien world full of dangers, by name Atropos. Mixing a gameplay from third person shooter with the fully procedural generation of levels, Returnal sees Selene moving in environments that change completely with each "death and resurrection" of the protagonist. Puzzles, arrangement of objects and enemies, everything will be different from one game to the next and this will force the player to master the skills of the protagonist to the fullest and the different, variegated ones weapon fire mode, if he wants to survive the pitfalls of Atropos.


Almost completely new for a title Housemarque, Furthermore, Returnal will boast one deep story, which will lead the player to delve deeply into Selene's psyche and memories to unravel all the mysteries hidden in the complex and introspective narrative of the game.

L'uscita di Returnal is scheduled for the April 30 2021, exclusive PlayStation 5.

After a first appearance at the Nintendo Direct of February 17th, returns to show itself too Knockout City, competitive online multiplayer brawler di Velan Studios.

In this rich gameplay trailer commented by developers some of the game modes (and related mechanics) are illustrated: the duel 1vs1 will be at the heart of the so-called modality Face Off; Team KO instead it is a mode that sees players collide in a 3vs3; Back Alley Brawl expects instead of chasing and hitting opponents with long distance throws of the ball, previously collected. The maps will be rich and diverse, each with their own unique types of interaction to master and remember to prevail over opponents.

Contextually with the trailer, an event is also announced cross-play beta, playable from 2 to 4 April 2021, to which you can subscribe through the official game site. Knockout City will come out for PC, PlayStation 4, Xbox One e Nintendo Switch il 21 Maggio 2021.

Absolute novelty of this State of Play, IT WAS looks like a action brawler a basis of hand to hand and martial arts.

In short trailer shown, the brand new game of Sloclap (studio that had already made itself known to the public with a fighting action, absolver) makes a fine show of its own visual inspirations of oriental character and an unspecified one dynamics of "transformation" or aging of the protagonist throughout the game. IT WAS will come out for PlayStation 4 e PlayStation 5 at an unspecified time of 2021. It will be worth keeping an eye on the Official site in view of further updates.

Solar ash it's a platform 3D From vibrant alien atmospheres proposed by Heart Machine, an independent developer who had already made himself known in the 2016 with pixel art adventure Hyper Light Drifter.

Allo State of Play of yesterday Solar ash appeared in a gameplay trailer with developer comment. The trailer shows in detail the movement dynamics, on which the game is heavily focused and the particular visual inspiration, in character markedly alien, of the game world.

Shapes and colors will scroll across the screen quickly to the rhythm of the frantic and incessant movement of the protagonist, Rei, on a vital mission to save her home world by traveling through what appears to be a gigantic singularity. In trailer we can also take a look at the peculiar design of the enemies, with a hint of what will be the combat dynamics.

Alex Preston, creative director of the project, comments during the trailer: “Solar Ash represents the vision we at Heart Machine have of a 3D platformer: huge spaces, the feeling of movement, the fluidity of combat and high-risk battles on the backs of gigantic beasts. All of this combines to provide the player with something unique and, above all, fun. "

Solar ash released at the end of the 2021 to PlayStation 4, PlayStation 5 e PC (on Epic Store)

It was not lacking during it State of Play yesterday, the corner of horror and tension with trailer of the last chapter of Five Nights at Freddy's, Entitled Security breach, scheduled for release on PlayStation 5.

In trailer the game flexes its muscles, highlighting how the series will be transported into next-gen in the name of graphic and sound improvements. Ray-Tracing, dynamic lighting e Audio 3D are the powerful tools of the new console through which the game it will be even more terrifying e it will increase the voltage to which the player will be subjected. No specific release date is provided, but we speak generically of 2021.

Full-bodied trailer with developer commentary also for Oddworld: Soulstorm, the last effort of Oddworld Inhabitants, which takes us back to the well-known alien atmospheres of the saga of Oddworld. Abe is once again the involuntary hero called to lead to rebellion e push towards freedom a people subdued by cruel slavers and executioners. As if a sneaky and well armed weren't enough alien mega-corporation, the unfortunate Mudokon will also have to contend with a myriad of traps and natural hazards.

In addition to showing the graphic potential of the game and the rich definition of the environments on the next generation console (PlayStation 5) the trailer provides two very important indications about it the release of the game. First of all the date, set for the April 6 2021. And then the news, which will be very welcome to a part of the user, that the day of the release the game will be made available free of charge to subscribers to the service PlayStation Plus, being included in the line-up of April free games.

The trailer shown focuses on the visual impact strongly cinematic of the game. Some are mentioned gameplay sequences (actually rather generic), but we focus more on the characters and on the fantastic and dreamy atmospheres of the game world. The most important thing about the trailer, though, is that reveals the release date (apparently final). Contrary to as indicated above, the release of the game is postponed to August 24th, 2021 and will take place exclusively on home platforms Sony: PlayStation 4 e PlayStation 5.

Could not miss it State of Play yesterday, a trailer of Deathloop, of Arcane Lyon. It is about the innovative Bethesda shooter (edited by the team of Dishonored) based on temporal distortions. The game promises a wide and reasoned use of the new features offered by DualSense, the controller of PlayStation 5.

Deathloop is one of the most anticipated games on the new home console Sony and the trailer focuses on some gameplay sequences and on tones definitely over the top of the game.

The game clips on PlayStation 5 shown in the trailer are dedicated to one of the many times in which Colt must neutralize Frank "Ciancia" Spicer and his gang. Frank and his Visionary friends they will do what they can to protect the time loop and prevent Colt from escape from the island of Blackreef.

The trailer has a new original song as background, Déjà Vu, which unites the atmosphere of classic 60s spy movies e the peculiar themes of Blackreef, giving life to a melody of sure impact in the listener's head. Déjà Vu is a song produced by Sencit Music and the artist FJØRA.

L'uscita di Deathloop is scheduled for the 21 Maggio 2021 to PC and, in exclusive console time, on PlayStation 5.

The last part of yesterday's event was entirely dedicated to one of the most anticipated titles of 2020, which kept the attention on itself high throughout the development period e continues to do so with regard to updates and its continuation.

A Final Fantasy VII Remake Intergrade they were dedicated well two trailers at the end of the event.

Il first trailer is focused almost exclusively on a new episode which will be introduced in Intergrade, dedicated to the character of Yuffie.

Yuffie Kisaragi, a ninja from the village of Wutai, has come to Midgar to infiltrate the headquarters of the ShinRa and get your hands on one very powerful Matter which must be returned to her native village. The trailer, highly cinematic, focuses mainly on characters and on their captivating graphic rendering with the functionalities made available by the next-gen.

Il second trailer emphasizes improvements made to the original by this next-gen edition, highlighting the graphic comparison between PlayStation 4 e PlayStation 5 in terms of character models, textures, fog and lighting effects, graphics and performance optimization. The expected release date for this modernized re-edition and the June 10 2021.

Players who already own Final Fantasy VII Remake to PlayStation 4 will run for free upgrade to Intergrade when this comes out, benefiting from one as well cross-save functionality between one platform and another. However, the episode of Yuffie will not be included in this update, which will be purchased separately once the update has been performed.

Thus ended it State of Play of February 25 2021. The event lasted about half an hour, took place purely digitally and presented numerous trailers with direct comments from the developers for the next titles and updates coming out on Sony's platforms: PlayStation 4 e PlayStation 5.

What do you think of this event? What are the titles that have attracted your attention the most? Which are you most looking forward to? Let us know in the comments or on our social channels: Telegram, Facebook, Instagram and don't forget to keep an eye on ours Twitch!