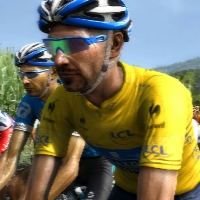 With an official press release, we are pleased to announce that the guys from Cyanide have released a new trailer dedicated to the next upcoming cycling title.

Pro Cycling Manager 2012, will be the definitive bike simulation, with which you can try your hand in both single player and multiplayer.

Below I leave you to the official press release, with more details of the title. I remind you that at the bottom of the news, you can find the trailer and some images.

Pro Cycling Manager / Tour de France 2012 is the definitive simulation of cycling champion of all Europe! In the trailer released today, you can admire the excellent work done by the guys of Cyanide: even more detailed bikes and riders, diverse environments.

All this to offer realism and spectacularity to cycling fans! Pro Cycling Manager 2012 hardcore fans and newbies will like it: a new Pro division, new teams (for a total of 81 teams) and new competitions.

Pro Cycling Manager, thanks to the “Season Planner” option, it will allow players to train their team in view of the new competitive season. Taking part in more than 180 races will lead to the Tour de France, the most prestigious race of 2012. Never before has cycling been so faithfully reproduced as this time. In addition to the highly detailed models of the riders, in this new edition there are also new scenarios and new environments. The opponents' artificial intelligence is responsive and adopts real-time strategies throughout the race. Fun in single player, Pro Cycling Manager 2012 adopts multiplayer mode for the first time.

Players will be able to compete against each other following the competition program, in a universe where every victory is important. Through the innovative card system, players will also be able to create their own team by choosing between today's champions and those of the past.

Pro Cycling Manager 2012 will be available for PC in June "

add a comment of Pro Cycling Manager 2012, here is the first trailer