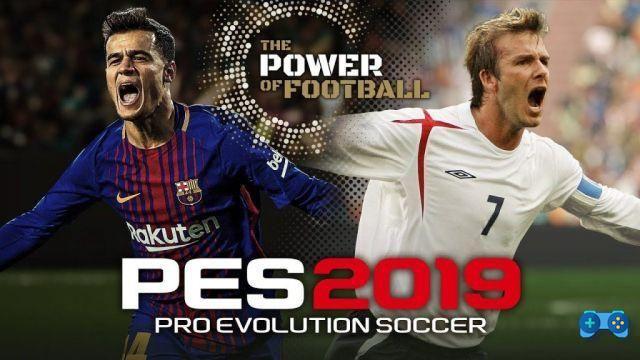 From a copy of FUT to an identity of its own.

It is useless to say that this mode was born after the incredible success of Fifa Ultimate Team, a mode that allows players to create their own dream team.

However, it must be admitted that after the first year of running, the mode has acquired a real identity, which has led some fantasy coaches to prefer Konami's football simulation, thanks also to the very important license of the UEFA Champions League.

The mode differs from that offered by EA in a few, but essential elements:

This little preamble is for all those who are not familiar with this mode, in case they decide to face the new PES 2019 without a safety net.

Like all times, it starts with the canonical guided steps that are needed by the players to return to the field well prepared.

It starts with the choice of the team name and the colors that your team will bring on the pitch (based on the real teams) with pride, after this step, it's up to the choice of the coach, in this case you will have to take into account only one element, the module, choose the one that best suits your style of play.

You can choose between:

The value under Management Skills means that your coach will be able to manage teams that do not exceed that value (obtainable by adding the cost of each player, including the benches, the higher the overall, the greater the cost of that player) .

You will have time to improve, so you will not start with absurd groups of phenomena, apart from a few strokes of luck.

Konami, to make you start with a smile and with a player who does not have square feet, will make you choose from a series of champions to be included in your new team, logically they are on loan, you can choose between great phenomena of world football, from Eden Hazard to Antoine Griezmann, passing through Henrikh Mkhitarian, Paulo Dybala and Gareth Bale.

Once you have made your choice, the game will show you the team with which you will start the adventure, apart from the player on loan, the quality of the owners will be definitively poor, let's put it so you would not even deploy them in the parish championship.

Here PES 2019 will introduce you to the functioning of the changes, of the training for the players and to the "Team spirit", the latter value is the mirror of the understanding between your players, the higher the value, the better the behavior of your players. men on the pitch.

The term undercutting is not suitable for the game, but you understand perfectly well what I mean ...

Now the game will make you use a special agent, with the certainty of finding a "golden ball" player, you can find from Andrea Barzagli to the legendary Xavi, passing between David Luiz, Arda Turan and "Danielino" De Rossi.

As soon as you are about to find out which player has the "tutorial" agent in store for you, you will immediately see that the old animation (slot type) has been replaced by one including the terrestrial globe and the colors of the nation of the league where the player currently plays. .

Found your first owned player and trust that it will be extremely useful, the game will introduce you to auctions, a novelty of a few editions ago, but which allows you to "sniper" the players you want, provided you have (a lot, but a lot ) patience. 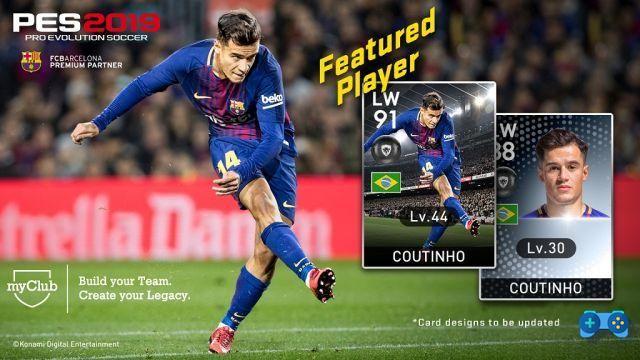 Also in this edition there is no shortage of news, starting from the licenses of numerous championships, mostly semi-unknown, but the more the better.

As for the playability and other specifications, I recommend you read the review of our Riccardo Amalfitano, who played it thoroughly and with passion.

Going back to talking about myClub, a mode that alone supports the majority of PES online multiplayer, this year the daily challenges have been added, a series of cups that will require an ever-increasing skill of the player as well as teams of a certain caliber.

Now let's talk about the new legends, the latter type of players are those who have hung up their boots or gloves, but who have left an indelible mark in our hearts. Konami has announced that more will arrive during the year, but in the meantime, let's feast our eyes on these unique players (for the sake of brevity I will mention a few, others you can find here):

Along with these greats there are other phenomena of undisputed skill, such as: Marcelo Salas, Ivan Zamorano, Cafù, Patrick Vieira, Bebeto, Lothar Matthaus, Roberto Carlos, Luis Figo, Romario, Oliver Khan and many others.

What can I say, PES 2019 with the myClub Mode has created a fun, satisfying and full of surprises experience, what do you think?

add a comment of PES 2019, let's talk about the myClub mode