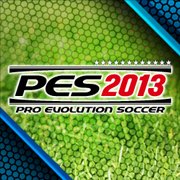 Between late October and mid-November, the 3DS to follow.

Through a press release sent to the editorial office, Komani Digital Entertainment informs us that it will launch versions PSP (PlayStation Portable) e PlayStation 2 of Pro Evolution Soccer 2013 (PES 2013) on 25 October, while on 15 November from the version Wii.

PES 2013, a title characterized by an unprecedented level of control and realism, includes, exclusively, the UEFA Champions League and Copa Libertadores competitions.

Konami also announced that the 3DS version of PES 2013 will be released shortly after the release of the Wii version.

add a comment of PES 2013, Konami announces the release date of the PSP, PS2 and Wii versions