Expectations were fully maintained again this year, in fact the Lucca Comics & Games continue to record record numbers with the Sold Out today and new interesting events that await all fans in the last two dates scheduled for the 2016 edition.

For more information on upcoming events, please refer to the press release below:

COMICS STILL PROTAGONISTS IN THE LUCCA OF RECORDS.

The award-winning mangaka Kaoru Mori, author of "Emma" and "Otoyomegatari" ("The days of the bride"), arrives in Lucca Comics & Games 2016 to preview his latest work “Shirley“. Able to represent cultures of distant eras and countries with great skill and respect, Kaoru Mori she has always been attentive to the needs of her fans: “I often think about the reactions of readers of the countries where my stories are set, I document a lot and do my best to respect them and make them happy”. Sensei will be the protagonist of a workshop tomorrow (October 31st) at 11.00 in the Oratorio S. Giuseppe hall.

Acknowledged by "Liberty Meadows", awarded with an Emmy Award, a National Cartoon-ist Society's Award (Best Comic Book and Book Illustration) and numerous awards around the world, Frank Cho is among the guests of honor of Lucca Comics & Games. "Absurd but true: I no longer have time to read comics," he confesses Cho, "I'm not following the evolution of the new superheroes but I have a lot of ideas in the pipeline." Currently engaged in the realization of the third volume of "Skybourne" and present with a permanent exhibition at the Doge's Palace, Frank Cho will meet the fans tomorrow at 13.00 (Auditorium San Girolamo), with Milo Manara in an unmissable dialogue between Masters.

Able to redefine the horror genre and for twelve years author of the boards of "The Walking Dead", Charlie Adlard meets the public of Lucca to talk about his work and answer some of the questions of the many fans. “If I didn't have The Walking Dead I'd probably be doing something of my own, I don't like working on other people's ideas anymore. That said, I love Robert (Kirkman) and everything we're doing together. The Walking Dead will come to a conclusion, some things are already clear and surely Robert and I will be there until the end ”. Adlard greets the Tuscan city that pays homage to him by placing him in the Walk of Fame of Lucca Comics & Games. 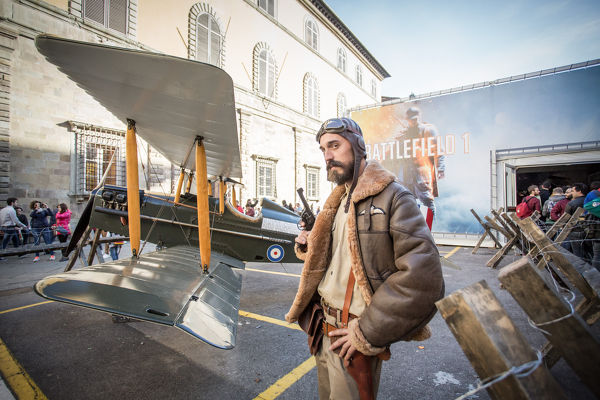 Fans of The Walking Dead will be able to attend the screening of the anticipated preview of the second episode of the season week tomorrow.

Marina sirtis, the councilor Deanna Troi of “Star Trek: The Next Generation” (in the TV series and in the following four films for the big screen), arrives for the first time in Lucca on the occasion of the 50th anniversary of the series. "None of us expected such a success, at the beginning of the shooting we thought the series would not last more than a year": reveals the actress who, comparing herself to her characters, states "In reality I am the exact opposite of Deanna Troi and in some respects I would like to be more like her ”. Marina sirtis will be available tomorrow and Monday (November 1) for photos and autographs at the Star Trek Ultimate Outpost booth.


During the inevitable Lucca Cosplay Contest, Nintendo organized a beautiful moment of entertainment themed Pokémon and Yo-kai Watch. Great success for the three new Pokémon starters of the Sun and Moon version, greeted with ovations and applause. Afterwards, the Yo-kai closed with a flourish this Sunday in Lucca involving all those present with their irresistible “Yo-kai Dance”. 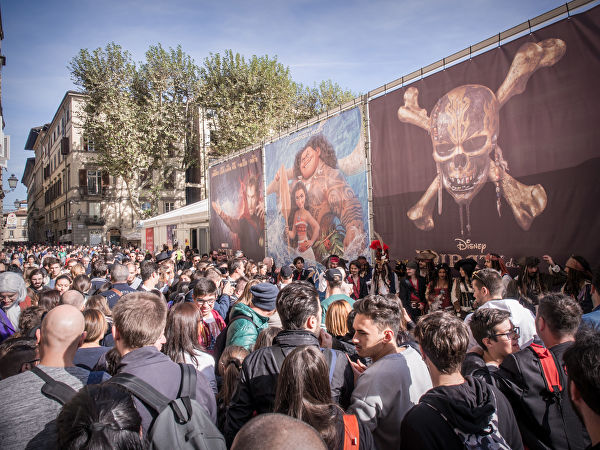 Among the unmissable events of tomorrow (Monday 31 October):

Do you want to complete all the achievements and trophies and know all the tricks, guides and secrets for your video games? SoulTricks.com is a group of video game fans who want to share the best tricks, secrets, guides and tips. We offer the best content to be a source of useful information, so here you can find guides, tricks, secrets and tips so you can enjoy your games to the fullest. Are you ready to get all the achievements of that game that you resist so much? Enter and enjoy your favorite video game to the fullest!
The Order: 1886, the launch price is € 59,98? ❯