All ready for the return to the dance floor.

Seventh chapter of home production Ubisoft, Just Dance 2016 was presented for the first time at the 2015 los angelina kermesse with a well-defined release date: October 22, 2015. This is the date on which the new phenomenon finally reaches Wii, Wii U, PlayStation 3, PlayStation 4, Xbox 360 and Xbox One beyond the most popular mobile platforms, such as Android, Windows Phone and iOS through a special application to be used in conjunction with one of the aforementioned game consoles.

With a well-defined and proven game formula, Just Dance 2016 it differs little from the previous chapters of the series as far as the mere gameplay is concerned, on the other hand there is no need as the title is perfectly 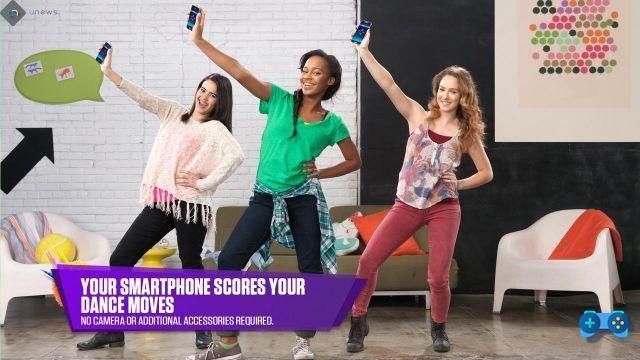 accessible both by classic Sunday players and by the most avid players, who, between one game and another at the top titles of the moment, like to have fun by putting their body in motion or, we are sure that this is the only reason, are forced to leave control of the TV by their respective partners.


The Just Dance formula hasn't changed, basically it will be about repeating the movements of the professional dancer shown on the screen trying to stay in time and be as precise as possible. In truth, there are few improvements from the point of view of the precision of motion detection, which remains rather tolerant; this more than a defect is to be considered a voluntary choice of gameplay that must obviously take into account the different degree of agility of the players. If you try to imagine the degree of agility of the undersigned, "forced" to review games for hours and hours sitting in front of the TV or screen, and consider that even I managed to get 4 stars in some songs, you can understand the degree of "adaptability ”Of the game which is still a great challenge. The title in general requires a certain amount of trial and error, so to improve you will have to face the single song over and over again, first following the movements of the digital counterpart slavishly, then learning to predict the next move with the right timing thanks to the indicator. on screen.

If the game formula remains the same, the novelties of this Just Dance 2016 are however not lacking especially in the editions dedicated to the latest consoles generation. The first and perhaps most important of the news concerns the breadth of the title. The previous editions, in fact, despite having been appreciated by the public, had left a bitter taste in the mouth given the not excellent playlist and above all the presence of the most interesting contents that can only be unlocked through the hateful paid DLCs. In Just Dance 2016 Ubisoft has made the most of the complaints and presents itself from the first minutes of the game with 6 different game modes, each of which can be faced in different ways; Dance Party, the main mode of the game, has not changed much compared to previous editions and can be tackled either in single trying to win the five stars, or in the company of other friends trying to score the maximum combined publication. Of course, there is no lack of the classic competitive mode in which you will challenge yourself to score the highest score. It is now added to this modality Dance Quest, one of the new modes introduced exclusively on the next generation game consoles which will ask you to dance against the CPU to the rhythm of three different songs. If you win, you can continue to compete on the basis of three other bani and so on.


Changes also for the modality Sweats Shirts and Playlists that now rather than being anchored to the score, they will tell us how many calories we were able to burn by correctly performing the dance moves necessary to complete the songs themselves, with the possibility of creating your own playlist and performing a real fitness exercise on the based on our preferences.

As for the control system, as in the past Just Dance 2016 on Wii U will allow the use of a maximum of 4 Wii Remotes, in addition to the Gamepad which can be used in the Party Master mode, where the player armed with the special Wii U controller will be able to change the dance routines on the fly through the various options available to him, creating a new situation of asymmetrical gameplay, ideally behind the vision of Wii U and the controller itself by Nintendo.


Furthermore, all game modes will be facilitated by the applicant's ability to use his own smartphone as a controller for the video game, allowing the smartphone itself to become the controller, which will be held in the right hand and that 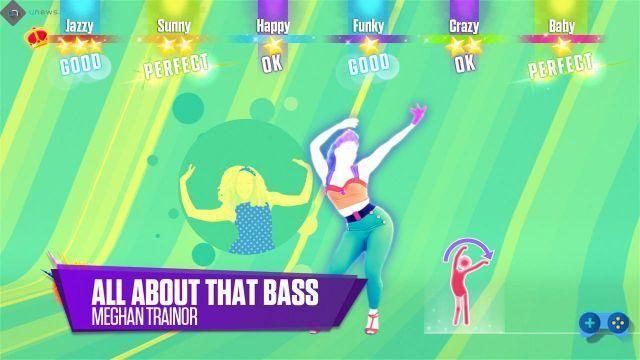 it will act as a motion sensor within the title.

43 are the tracks that Ubisoft offers us in this seventh iteration of the most successful dancing-game ever, which boast hits such as Meghan Trainor's “All About That Bass” and oddities such as “Infondo al Mar” of “The Little Mermaid”; a large catalog of songs that will allow any user, of any age group and any sound taste to be able to fully appreciate the entire production.

I DLC they are finally removed to make room for a new type of subscription, Just Dance Unlimited, which allows gamers to have access to an additional musical repertoire with payments ranging from monthly to annual, with one month of free access to the service with the purchase of the title.

Even from the graphic point of view Just Dance 2016 now proposes the usual artistic style, filled with colors and choreographies which, however, in the long run, will give us few surprises and satisfactions. From this point of view, in fact, the title proves itself little evolved and re-proposes more e the same choreographies several times of the past, with a few small measures to demonstrate the good will of this move.