Despite Formula 1 cars are among the fastest ever made in the history of motorsport, the current Formula 1 is much more than pure and simple speed. It is impressive, the technical evolution now achieved by the single-seaters, so many horses under the hood, which lead the drivers to reach speeds almost over 350 km / h, which are associated with important developments regarding: chassis, aerodynamics and safety ( let's think of the much-criticized Halo, which last Sunday during the Belgian GP, ​​literally saved the life of the young Monegasque driver Charles Leclerc).

At the same time, even in the videogame field, Codemasters, after the disastrous F1 2015, has managed to re-propose, year after year, an interpretation in a virtual key, more and more advanced and realistic. With F1 2018, we are in our hands probably the best title of the series. The introduction of an updated and more complex tire model and new energy recovery system controls push the game towards a more realistic simulation like never before in the series. To these changes, we add in an intelligent way, to the much loved career mode, the interaction with the media which, thanks to a series of new functions, leads the player to face more than one season in the Circus.


F1 2018 can also count on a plurality of game modes. We can wear the suit and tackle a single weekend of any Grand Prix or decide to challenge ourselves hard, create our own virtual alter ego (although the options here are quite limited) and take the world title. If, on the other hand, you feel like competing against other real players, F1 2018 includes a good multiplayer sector that offers both ranked and unranked lobby challenges, along with a 21-race online multiplayer championship that can be run with random players or friends alike. way. But let's go in order and see what the new F1 2018 has to offer once again Codemasters.

The coolest career mode ever

Where F1 2018 shines the most is in the new Career mode, which, in the role of the classic Rookie, sees us take on the role of rookie driver in the F1 paddock. After choosing avatar, name, surname, nationality, number and helmet, we are offered some contracts. For example, you can start directly with the Top Teams: Ferrari, Mercedes, Red Bull, who will ask, thanks to an already competitive single-seater, the achievement of the main objective, namely win drivers 'and constructors' championships. Or accept a contract from teams with more realistic goals within our reach, Alfa Romeo Sauber, McLaren, Toro Rosso or Renault, who will ask us to help the team to return to competition through constant updates of the car. By signing the contract, the team will no longer provide us with the classic PC in the hospitality area, but a section in which to interact with technicians and engineers and view all the parameters of the car, of the current season, objectives set by the team. , rivalry, degree of appreciation of our pilot, message center. 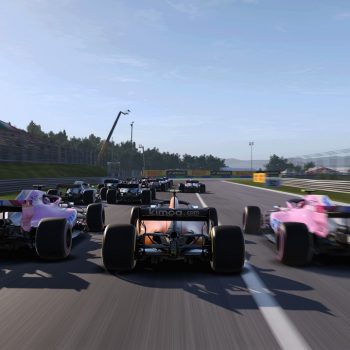 Unlike past editions, in F1 2018, the new development parts will be made and mounted on the single-seater more quickly. The update system has in fact been partially revised (the Research & Development system rests on the excellent foundations built with F1 2017), to guarantee the player a constant amount of resource points obtainable after completing the team objectives. Getting consistent performance now means we can afford to bring more upgrades to the car in subsequent races, and ultimately be more competitive. Now the gains are tangible and the player will feel more gratified in having managed to develop a certain section completely. To make things even more interesting, Policy changes at the end of the year can completely wipe out an update tree, restoring the order of the grid in the process, allowing new teams perhaps to rise to the top and the dominant teams from the previous year to lose some positions. 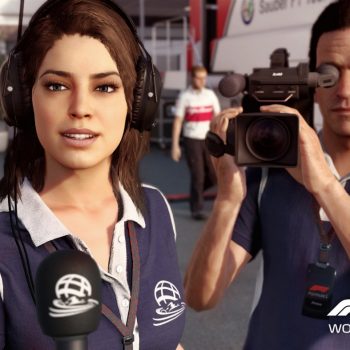 Each team has a unique upgrade path for each of the four performance sections and each can be directly affected by interactions with Claire, the journalist introduced this year who will not hesitate to ask us uncomfortable questions, after perhaps having dominated the Free Practice or having achieved a surprising result in the race. Keeping team morale high will keep upgrade costs low e it will decrease the chances of part failures during development, while saying the wrong thing and upsetting them (taking credit for a win without giving credit to those who worked hard to offer us a competitive car for that weekend), will have the opposite effect. While answering the same questions on a regular basis could be mundane and repetitive, this is critical to ensuring our team has high morale and supports us consistently throughout the season.. Even maintaining a sporting attitude towards our team can change the cards on the table, not with our team but with the others who could answer us that they are not interested in us in their team when we decide to change the air.


Achieving higher expectations than those set by the team will put us in a dominant position with regard to contractual negotiations, which thanks to the changes made to the upgrade system now seems to be a more relevant and rewarding process than before. This gives more room for a deal that will generate more resource points, which can grant additional bonuses, such as extra points for upgrades or faster pit stops. Furthermore, compared to the past in which a rival was automatically proposed to us, perhaps several times during the single season, the possibility of directly selecting the rival among the various paddock riders has been added.

Among other modalities, this year we find the Time Trial, Championships, Events and online multiplayer. The latter, as previously mentioned, allows you to face not only casual races, but to participate in entire championships with players from all over the world or perhaps by challenging our friends. In addition, the "Super License“, A modality in which the most experienced players will be able to compete with each other by challenging opponents at their same level of skill and above all in sporting conduct.

What about the guidance system?

Compared to the old chapters, F1 2018 now has very little arcade but is also well suited to less experienced players. Driving aids can be set by going to the appropriate menu. We find the usual parameters: assisted braking, anti-lock brakes, traction control, gearbox, dynamic trajectory, help in the pits and many others, to which we add the ERS mode - Energy Recovery System, introduced this year in the game and which adds to the many horsepower of the modern single-seater with V6 engine, another 160 horsepower offered by the hybrid electric motor, which can be managed automatically and manually from the special multifunction display, the much talked about protection system Halo, which can be partially deactivated if it bothers you in terms of visibility or perhaps aesthetics and the system that manages the parameters relating to the temperature of the tires has also been modified, it will in fact be necessary to constantly monitor the temperature of both the external side of the tire. and both inside it, and in terms of strategy and driveability of the car offer different possibilities.

As for the driving feeling, the most important changes were made to the chassis and suspension. In fact, during the race briefings, we will also be shown the most difficult points to manage and in which, perhaps taking the curb badly, we could lose control of the car. If you have a good steering wheel at home, the feedback will be even better, both in terms of driving and in terms of curb stress. The joypad, in this case of Xbox One, still behaves very well but for obvious reasons it is not possible either to disable all driving aids or to increase the level of difficulty above a certain threshold.

AI is aggressive but never unfair

“The opposing AI is more aggressive than in the past. Especially at the start, he will attack us in all possible ways and if an opposing driver overtakes us, he will rarely grant a useful angle to counter-overtake. " 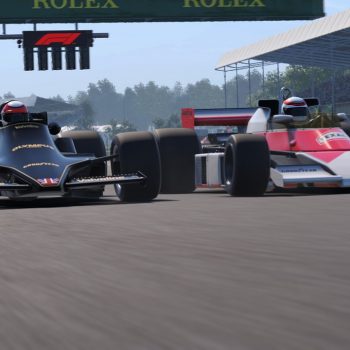 Eight new classic cars join the twelve already present from last year. F1 2018 builds once again on Codemasters EGO Engine. All the cars in the game as well as the circuits seem to have been recreated in an impeccable and meticulous way. Each of the 21 GPs presents itself in great shape not only as regards the track, paddock and stands, but also as regards the surrounding elements, which can be the Stewarts on the track or maybe environmental elements and much more. Two circuits have also been added this year: Paul Ricard in France, a maze of asphalt and colored lines with a somewhat confusing layout, and the classic Hockenheimring in Germany.

The only big disappointment remains the damage system, a feature that once again seems to have remained unchanged from the first titles in the series. The facial expressions are also unconvincing, some practically recycled and the Lip Sync sometimes turns out to be out of phase.

In terms of performance, the game performed excellently on Xbox One. No drop to report and the uploads are almost lightning-fast. Excellent audio sector with engine roars and ERS hiss made in an impeccable way. The commentary was again entrusted to Carlo Vanzini and Luca Filippi and compared to F1 2017, it turns out to be more natural and convincing, with many anecdotes, race data and curiosities that enrich the F1 2018 offer even more. 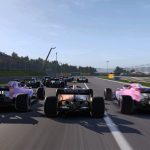 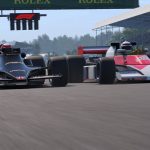 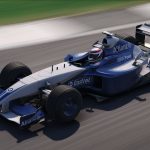 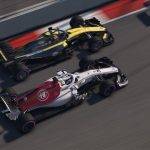 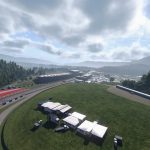 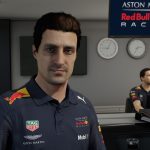 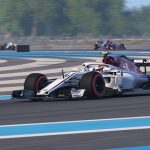 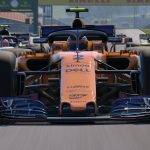 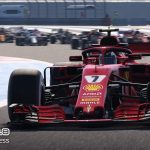 Summary
F1 2018 is brilliant and is ultimately the most complete Formula One game ever made to date. The changes to the already excellent career mode make it even more realistic and ultimately fun to play for both the most experienced and novice players. In addition, the addition of new parameters: ERS, tire temperature management, media, the constant evolution of the car and a solid driving system, lead the player to have the feeling of actually being on the starting grid with 1000+ horses under his feet. If you are a Formula 1 fan, you can't miss F1 2018!
gameplay
Graphics
Sonoro
Longevity
Final judgement
Do you want to complete all the achievements and trophies and know all the tricks, guides and secrets for your video games? SoulTricks.com is a group of video game fans who want to share the best tricks, secrets, guides and tips. We offer the best content to be a source of useful information, so here you can find guides, tricks, secrets and tips so you can enjoy your games to the fullest. Are you ready to get all the achievements of that game that you resist so much? Enter and enjoy your favorite video game to the fullest!
Mario Tennis Aces - our review ❯

Past Cure, our review