We are back on track.

Codemasters, after the misstep with F1 2015, a title much criticized for the lack above all of the career mode, she managed to recover with F1 2016, which represented a sort of starting point for future productions of the series. Punctual as a Swiss watch, here we found ourselves in the hands of F1 2017, the third chapter dedicated to Formula 1 for eighth generation consoles. It must be said that from afar F-1 World Grand Prix, released in July 1998 on the Nintendo 64 and later also on other platforms, the racing games based on the F1, have not managed to have the same success and to break into the hearts of motoring enthusiasts.

This F1 2017, however, has all the credentials to at least be able to get close to a "historic" title like F-1 World Grand Prix, thanks to a series of truly remarkable contents and an almost unprecedented level of realism. Forget the “easy” victories of last year, in F1 2017 we will have to sweat to bring the victory home. Many new features have been introduced this year, starting with a new career mode, deeper thanks to a more detailed car development tree, the introduction of new features such as the careful management of the power unit, subject to wear and flowering. he eye of this chapter, classic cars such as the 1988 McLaren MP4 / 4 driven by the late Ayrton Senna, Schumacher's Ferrari F2002 World Champion and Fernando Alonso's Renault R26.

Let's start immediately from the feeling of the game. The version we tested is the PlayStation 4 and the writer, from three F1 chapters to this part, has always preferred to use the controller rather than a steering wheel. The latter, in addition to not being particularly cheap, certainly there are steering wheels of different price ranges, but if you want to have an experience as real as possible, the figures to spend go up dramatically and the Logitech G29 is the prime example, too. if the price has dropped dramatically from 499 euros at the launch to around 249 today. However, the vast majority of users, especially for the "Sunday racers", certainly do not spend crazy money on the purchase of the steering wheel, so let's analyze how the DualShock 4 behaves in F1 2017. 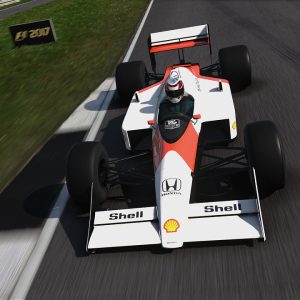 Compared to the last chapter, where the feeling was not exceptional, due to micro slowdowns in the rather annoying input lag, the PS4 pad behaves flawlessly, always being precise in every occasion. Of course, for those who are beginners there is some practice, but lap after lap, you will be able to easily get used to the driving system and the trajectories to follow. The most evident difference compared to last year, first in the real competition and then in the videogame one, is also given by the fact that the cars are wider, have a greater aerodynamic load and the hybrid power units discharge more than 1000 horsepower to the ground. . All this, returning to the game, translates into a higher speed of the car and a partial change in how some corners are tackled compared to the past.


A greater sensitivity is therefore required in the management of the left analogue and in the best dose of acceleration when cornering, as even the greater width of the single-seaters could make you touch the outer edges of the track, compromising your performance. The work done in terms of controller vibration is also very good, also adapted to the new additions of F1 2017. In particular, it is possible to clearly perceive the behavior of the car, if the tires have practically no more and need to be replaced, or if the power unit begins to give signals of failure in one of its components, until you understand how and when to brake correctly and when instead to press your foot on the accelerator. Overall, therefore, the help system is excellent and will make you forget the limitations of past chapters in the blink of an eye.

After a little analysis of the driving system, it's time to talk about career mode and what are the most significant additions to the overall gaming experience. After creating our virtual alter ego or loading the F1 2016 save, we will be ready to put on the helmet and hit the track. Wait, we will have to choose the team with which to face the 20 GPs and here our agent will help us, who will present us the different proposals. Needless to say, if you select the Top Teams, such as Mercedes, Ferrari, Red Bull, you will be called immediately to fight for the world title and for the constructors' classification, if instead you choose teams like, Force India, Williams, Renault, you will have about a couple of years to develop the car and try to reach the top step of the podium. 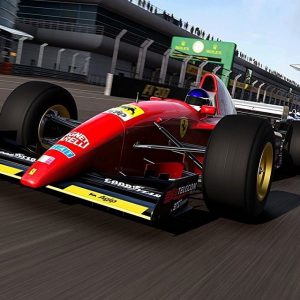 Once the decisions are made, you will be ready to begin. It will start with the classic Melbourne GP in Australia and end the season in Abu Dhabi. Free practice has finally been improved compared to 2016, with different programs to better prepare the car for the scheduled Grand Prix. We then start from the classic system of familiarization with the circuit, then passing through the management of tires and qualifying pace that were already present in the past chapter. The novelties, on the other hand, concern the management of fuel consumption, as there is the possibility of facing races with a fuel load at the limit, thus providing a particular braking and acceleration system that allows to save consumption and reach the finish line; A new way of creating the race strategy has been introduced that will see us busy doing several laps to perfect it and then the various mini goals related to having to be fast in one sector rather than another and so on. 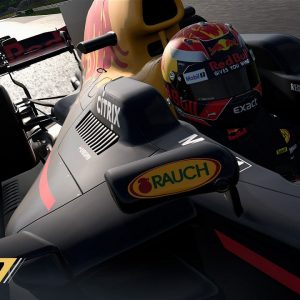 In addition to practicing us, these activities allow you to accumulate points to spend in the development of the car. As mentioned in the introduction of the review, the development tree has been greatly improved. Last year we had 5 or 6 development areas, each of which included another 5 or 6 within it and which in practice, in about two years, could be completed very easily. This year, the story has gotten slightly complicated, as there are hundreds of areas that can be developed or rather must be, in order to compete with our fierce opponents.

The management of the power unit will be of fundamental importance, now it must always be taken into consideration, as the various components are subject to wear. Just as in reality we will have a limited number of changes, five, and in order to avoid incurring any penalties, it will be better to plan in the best way how many laps to perform in free practice and which and how many programs to complete, in order to better manage the our power unit. If you face a GP with some battered elements, add to it the fact of having to manage fuel consumption, rest assured that you will have serious difficulties in placing yourself in a decent position in the ranking. 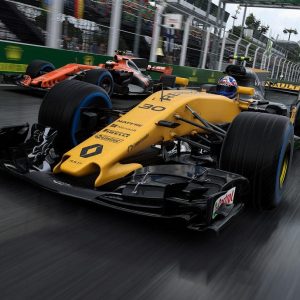 Finally, through a narrative trick, we are also introduced to the classic cars present in F1 2017. In practice, at the end of the race, we will be given the opportunity to face some challenges aboard the racing cars of the past. In such events, we will also be able to experiment with versions of some reduced circuits, such as Suzuka and try to bring one of the classic cars to the finish without possibly destroying it. The offer is certainly higher than what we saw in F1 2013 (the last episode that featured classic cars): there are eleven cars to choose from, twelve with the Special Edition. The following stand out among all: the 26 Renault R2006, the 18 Williams FW1996, the two Ferraris of 2002 and 2004, the two McLaren MP4s of 1988 and 1991 and the Red Bull RB6 of 2010.

The overall difficulty system has been changed, we now have a sort of slider from 1 to 100, which allows you to change the difficulty to your liking. Starting from a value of 85, requires a lot of skill and attention and perhaps even a control system different from the simple joypad, as even less performing pilots in reality could really give us headaches and competing with them will certainly not be a walk in the park. . However, it will be up to you to decide the level of challenge, I, loading last year's rescue, I started from 86 and I found an abysmal difference compared to F1 2016, forcing me, to avoid sound defeats, to reduce the difficulty bar by at least 10 points. 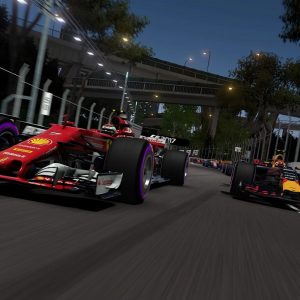 It must be said that at the highest difficulty levels, our opponents will behave almost always consistently, engaging in the fight at the right time, having to manage their tires and consumption as well. On the other hand, at lower difficulties, the title loses its competitive streak a little, making it more accessible even to those who have never played an F1 racing game.

The graphics engine of F1 2017 is the EGO Engine 4.0 developed by Codemasters which, although starting to feel the weight of the years, still manages to impress with truly amazing levels of detail. The cars look very good, with a truly remarkable amount of detail, even the drivers, although they maintain some characteristics that make them look "fake", they have been made quite well. Not only that, a lot of care has also been given to the Team Principals of the various stables, who will not struggle to recognize. Less well the logos imprinted on the uniforms, such as caps and overalls, which seem to have come directly from the distant 90s due to lack of detail.

Compared to the previous chapter, also the meteorological effects have undergone an evident evolution. The rain is finely crafted, also offering us very realistic views, such as being behind a car will significantly reduce our field of vision. Finally, the audio sector has been studied in detail, thanks to the roar of the powerful hybrid engines, the addition of a speaker that reminds the spectators of the positions in the drivers' standings and the voice of the engineer who will continuously assist us. Note of demerit to the Sky duo Carlo Vanzini and Luca Filippi, who are unable to "enthuse" with their commentary. 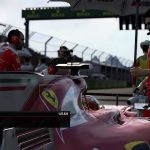 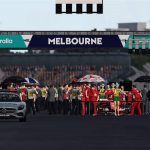 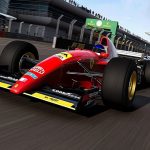 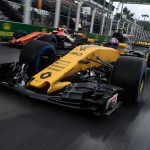 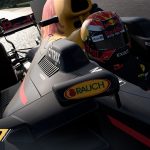 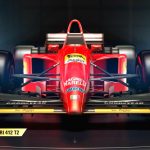 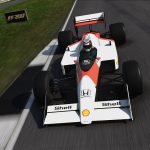 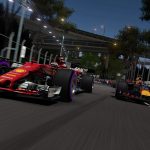 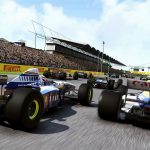 F1 2017, it will not represent the definitive racing game, but the road taken by Codemasters is the right one. The career mode is excellent, which will offer hours and hours of fun, thanks to a greater possibility of developing the car and the various programs that we will be able to face to better prepare for the race weekend. The return of classic cars, which were missing since 2013, will allow us to face different challenges in the dedicated Events, without forgetting the other modes present, ranging from the Single Grand Prix, to Multiplayer (practically unchanged), to Time Trial and to the Career in the shoes of our favorite. The amount of content is therefore really huge, leading the player to experience them all, without ever getting tired!