Best Ultrabook 2022: the thinnest and lightest on the market

Best Ultrabooks. Do you want to buy a light and thin Ultrabook? Read carefully my purchase advice and you will find the one that best suits your needs.

Over time, Apple has greatly lightened its MacBooks and so also notebook manufacturers with Windows have seen fit to adapt and produce small and light laptops, which could be carried easily without compromising performance. That's why the Ultrabook, the advantages of which are weight reduced, great performance, design particular and body made with materials in aluminum o magnesium.

What features should an Ultrabook have

The features that a light notebook or thin notebook (as Ultrabooks are called) must have are:

Ranking the best Ultrabooks with offers and prices 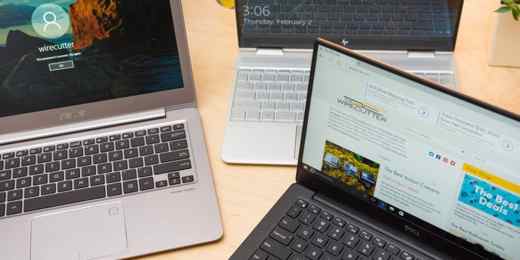 Before analyzing each Ultrabook on this list, note that these devices are very similar to traditional notebooks since they also have a clamshell closure, but are on average much more expensive precisely for the features mentioned below. These are super powerful and ultra-thin laptops that will greatly change the way you work. 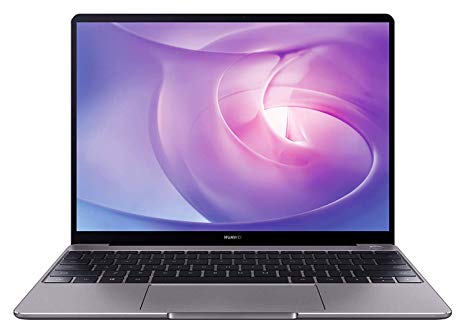 It's the Ultrabook to beat.

For several years Huawei has remained in the shadows ready to challenge the best Ultrabooks, today its time has finally come. Like the Huawei MateBook X Pro, theHuawei Matebook 13 features powerful hardware in an attractive package, at an affordable price. To mention not only the discrete graphics but also the fact that we are facing one of the smallest notebooks capable of supporting an MX150 GPU. It is not difficult to understand why the Huawei Matebook 13 is among the best Ultrabooks Right now. 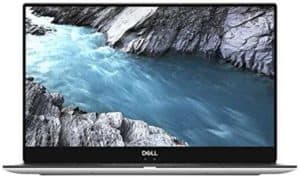 Dell XPS 13 has been one of the best ultrabooks for years and the 2020 model is no exception. It contains everything a 13-inch notebook should have, from the gorgeous, lightweight design to the powerful modern components that power it. Dell XPS 13 uses a display 4K with sharp images and a display Infinity Edge without frame. The processor is a quad-core and the battery life is incredible. This Dell XPS 13 continues to be the most popular Windows laptop in the world. Plus, there's a wide range of customization options to make it the best Dell laptop for your needs. 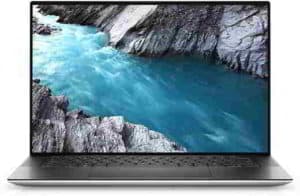 Dell XPS 15 it is the best alternative to Mac computers. It is the best 15 inch notebook this year. It offers power and a thin and light design. The screen Infinity Edge it's bright and the keyboard and speakers are of excellent quality, as is the touchpad. Unfortunately the Nvidia GeForce GTX 1650 Ti GPU leaves something to be desired. 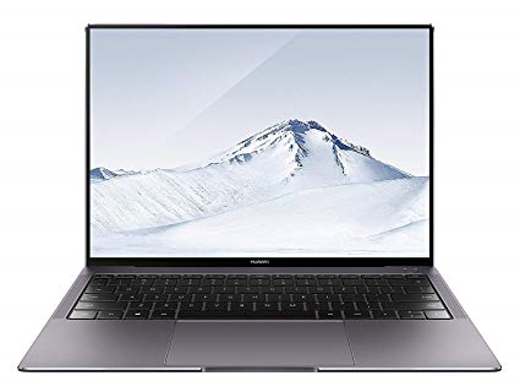 Sometimes an Ultrabook arrives that completely changes the cards on the table. And the 2018 model of Huawei MateBook X Pro did just that. This beautiful Ultrabook brings high-end components into a sleekly designed compact that would put even the MacBook Pro to shame. one of the best Ultrabooks on the market. The 2019 model offers new components, including an Intel Whiskey Lake processor, but the 2018 model still occupies a good chunk of the market among consumers today. 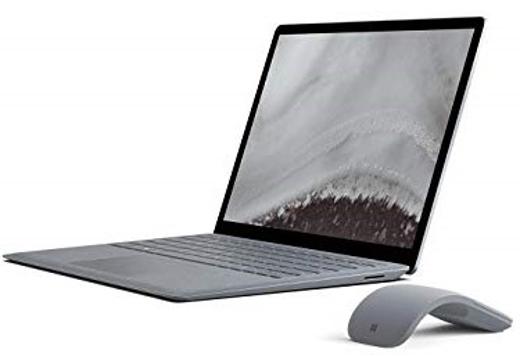 The best laptop from Microsoft.

Surface Laptop 3 (15”) it has the best battery life for a 15-inch notebook. It has a fantastic design and the aluminum body gives the feeling of having a premium product in your hands. Unfortunately, it has few doors and lacks a bit of power compared to competitors of the same size. 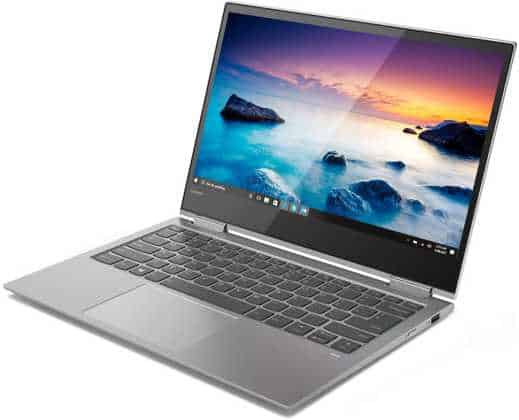 Few Ultrabooks are as brilliantly designed as the Lenovo Yoga 730, a 2-in-1 notebook. In contrast to its closest competitors, such as Microsoft's Surface Book 3, it is also much less expensive. At a moderate price you can take advantage of a model finished in metal that can accommodate even the last ones 8th generation Intel processors. Also you can safely watch TV series and enjoy the self-recharging stylus with speakers. 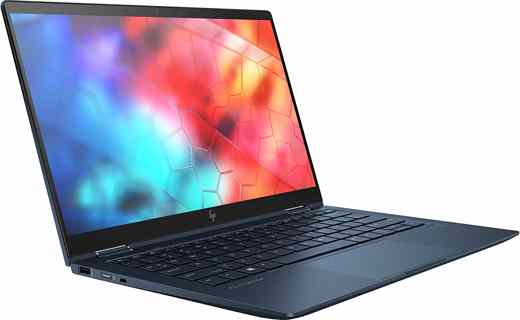 The best ultrabook for those who love to travel.

HP Elite Dragonfly it's one of the sleek and slim ultrabooks to bet on. In addition to having many features and components of the highest level, it is aimed above all at business users. It provides LTE connectivity to use it on the go through a SIM. In this way you will no longer have to connect via hotspot but simply spend a few euros a month to have an Internet service for 24 hours on a fantastic screen at a price for those who can afford it. 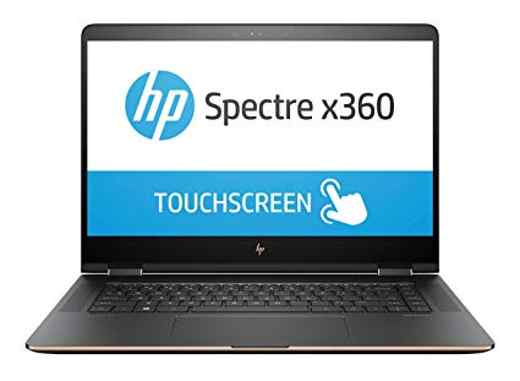 A thin, light and flexible ultrabook.

If you're looking for a powerful and attractive Ultrabook, but also want some 2-in-1 features, it's hard to find a better option than the notebook HP Spectre x360. This ultra-fast Ultrabook not only consists of the latest Intel Iris Plus processors and lots of RAM, but it might be one of the best looking laptops you could buy today. So, if you're looking for a laptop that won't just get your job done, but look great while doing it, you won't find many better Ultrabooks than the HP Specter x360. 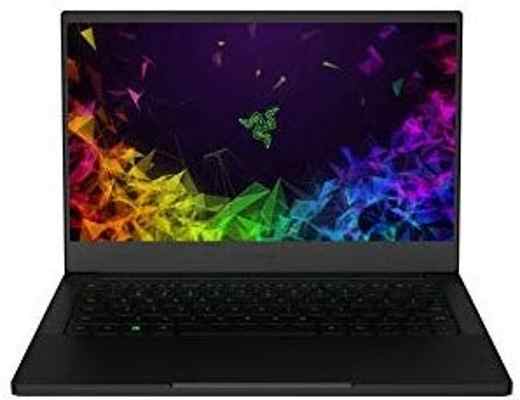 Not just a gaming laptop.

Razer has been known for years as a manufacturer of gaming PCs, but with the Razer Blade Stealth the situation seems to have changed. If you are not convinced just note the quality of the 13,3-inch QHD display. It's no longer possible to upgrade to 4K, but the performance this Ultrabook offers is worth more than that trade-off, especially given the beauty of the chassis. 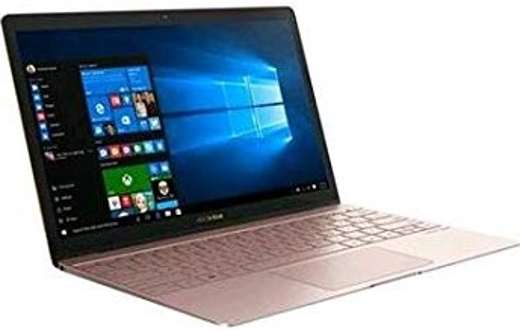 More powerful than the MacBook.

Anyone familiar with Apple's thinnest and lightest laptop should also consider theAsus ZenBook 3 and compare it to the 12-inch MacBook. The similarities are obvious, as are the differences. Adorned with the choice of a processor Intel Core i5 o i7 Series U, the ZenBook 3 is tremendously powerful considering it's not only slim but weighs around two pounds. It has only one USB port, but in the end it's worth the sacrifice. 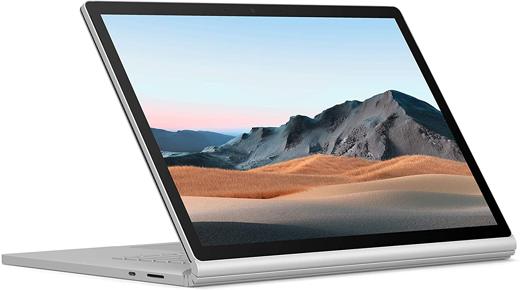 A rather excellent ultrabook at a very good price.

Il 3 Surface Book it is definitely among the best ultrabooks. It comes with premium hardware and a fantastic color display with one of the best laptop keyboards on the market, even better than the new MacBook Pro magic keyboards.

On the other hand, it has a slower processor than rivals and non-premium speakers. Overall it is a high-end but very expensive laptop. 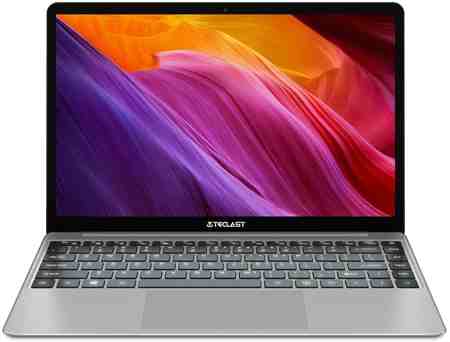 Teclast F7 Plus it's a 14-inch Chinese ultrabook with crisp colors and good contrasts. It features a 2.5D protective panel and an ultra-thin all-metal design. It weighs only 1,5kg and the thinnest part is only 7mm. The touchpad is large in size, superior to previous versions, and certainly provides more operating space.

The processor is eighth generation and is supported by a graphics card NVIDIA GeForce GTX 1660, from 8 GB of RAM e 256 GB SSD of storage space. Connectivity side, here we find the Bluetooth 4.2, microSD port, audio jack and 2 USB 3.0 ports. The measurements are 331 x 220 x 14.9mm and the battery has a capacity of 6.500 mAh with full autonomy up to 8 hours.

Please note:: The keyboard has the US layout but stickers for the Spanish layout are provided. 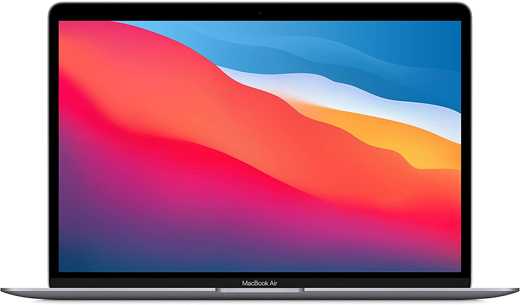 Il new Apple MacBook Air is fantastic. It weighs 1,29 kg with dimensions of 30,41 x 21,24 x 1,61 cm. The Apple's new M1 processor offers a new level of CPU, GPU and machine learning performance. With its 8 cores, the CPU is 3,5 times faster, same goes for graphics: 5 times faster in games and in managing apps.

The 13,3-inch Retina display is perfect if you're looking for a lightweight ultrabook with brilliant visuals and incredible detail. The battery allows an autonomy of up to 18 hours without the use of fans and therefore noise. They close the picture, one Webcam FaceTime HD 720p, 2x Thunderbolt 3 (USB-C), a headphone jack, 8 GB of RAM and an ultra-fast SSD internal memory.

Below is an always updated selection of the most purchased Ultrabooks on Amazon by consumers.

What is the best Ultrabook 2021?
What is the lightest laptop on the market?

Asus Expertbook B9 - nineteen pounds This fourteen-inch laptop outweighs contenders such as the Acer Swift seven to become one of the lightest in its class.
5 may two thousand twenty-one

What is the best Ultrabook on the market?

HP Spectre x360 This is one of the best Ultrabooks of the year for multiple reasons.
It is a two-in-one convertible laptop, offering the portability of a tablet with the power and performance of an Ultrabook notebook.

What is the thinnest and lightest laptop?

It has an Intel Core i7 processor and two hundred and fifty-six GB of memory.
HP unveiled its new Spectre, the "thinnest computer on the planet.
With a thickness of sixty-four millimeters and a weight of just under one hundred and thirteen kilograms, it is thinner and lighter than the thirteen-inch MacBook Air.
5 apr two thousand sixteen

add a comment from Best Ultrabook 2022: the thinnest and lightest on the market