If you are looking for the best professional routers for small and medium-sized businesses then you are in the right place at the right time.

Each router on this list is also perfect for home offices.

The best professional router must not only be able to handle huge amounts of network traffic, but also have the necessary power to handle a number of employees and devices that access the network 24/7.

Modern routers today often have dual or even triple band connectivity, as well as a host of other features that you can usually find on much more expensive enterprise-grade models.

Also check out the best wireless routers for your home network and the best Wi-Fi extenders to increase the range of your office network.

The complexity and requirements of managing a wireless network entails searching for best professional routers, the one with a much more varied feature set, as well as including hardware often found in computers.

These devices need to be quick to set up and easy to use and maintain, which means you don't need a dedicated IT team or IT administrator. 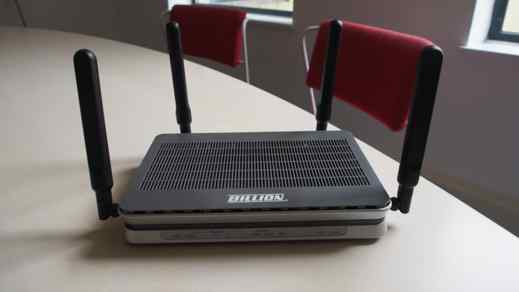 The best small business routers on this list have all been carefully chosen for their security, support, remote access, enterprise-grade VPN, WAN redundancy, connectivity options, and scalability features. Much more important than QoS speed, value, or functionality. 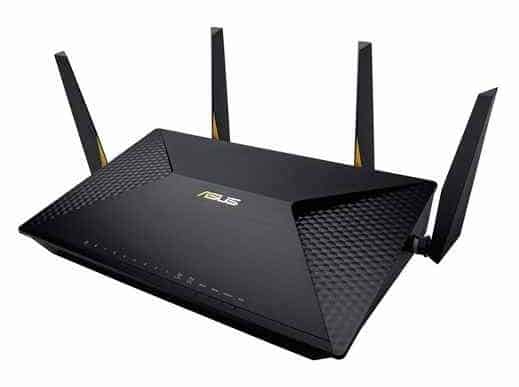 Not far from perfection.

Asus has a good reputation for producing great consumer products, and the Taiwanese company - known for its laptops and motherboards - has begun to make itself known for its wireless products as well. The BRT-AC828 it's its only corporate router, and the device ticks many boxes, even for small businesses looking for more than 10 simultaneous connections.

Sure, it's hugely expensive but packs the kind of functionality you wouldn't expect from a router, like an M.2 slot to plug in an SSD to convert to a mini NAS. You also find support for RADIUS, the ability to aggregate four 1Gb Ethernet ports into one virtual 4Gb (it has eight powerful Gigabit Ethernet ports in all), and even support for LTE as a backup connection to improve resiliency. The router already has two 1 Gbps WAN ports that can be aggregated or used independently.

As you'd expect from a top-of-the-range router, the BRT-AC828 offers 4 × 4 MU-MIMO and theoretical speeds up to 2,6 Gbps with open space coverage up to 100m. Asus has also partnered with Trend Micro to offer an integrated security package called AIProtection. 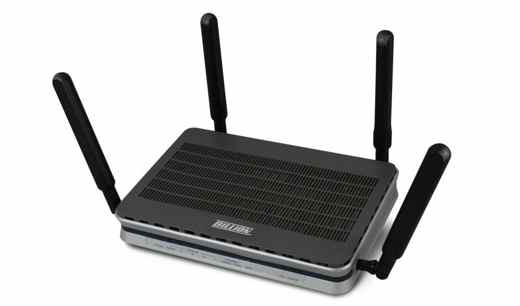 
If you want a high-performance, no-frills router, the router is worth considering Billion BiPAC 8900AX-2400.

I recommend this router to people with an ADSL2 + Internet connection, as it can replace the existing modem as well. Of course, this does involve a bit of tweaking - and this is where you need to be careful: this is a suitable router for people who are capable of setting up networks. If you want a sleek-looking plug-and-play intuitive router, then look elsewhere.

Don't miss out on its clunky look (and similarly cluttered UI) - this is a great all-round router for your small business. As for features, it can reach 2,4Gbps on both bands with an automatic failover feature if you connect a 3G / 4G modem to its USB port. It is a bit light compared to the competition on the connectivity side, as it has four Ethernet ports and a USB 2.0 connector; but this is reflected in its low price. 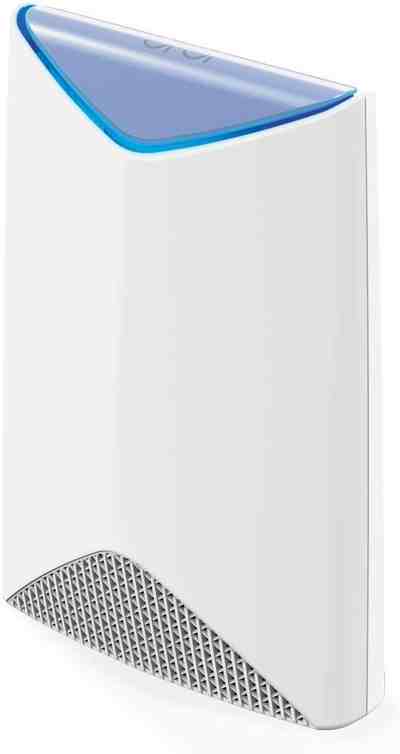 Among the best mesh routers for the office.

If you work in an office and are ready to take your network into the modern era with one of the best routers for business, you must seriously try. Netgear Orbi Pro. It's a modular Wi-Fi mesh system, but it makes some design and performance tweaks that specifically suit the business user. It's not cheap, but if you run a business where you can't afford Wi-Fi slowdowns, it's worth every penny.

Linksys is one of the most recognizable names in small business networks. Unsurprisingly, the company was one of the first to provide a tri-band router that uses MU-MIMO technology - and as many as eight antennas - to deliver two 2,17Gbps streams with an additional 1Gbps stream. for legacy 2,4GHz devices.

Handling three separate bands requires significant firepower, which is why there's a 1.4GHz dual-core processor at the heart of the EA9500. Linksys recommends pairing your device with their Max-Stream AC1900 + MU-MIMO Wi-Fi range extender to provide seamless roaming and improve coverage.

In addition to the two USB ports, the router also comes with eight LAN ports and one WAN port. There are no specific business features other than WPA2 enterprise wireless encryption - you won't be able to connect Gigabit ports, and there are no redundancy / failover or extra security options. However, the fact that this device can be controlled by an app makes it ideal for small businesses. 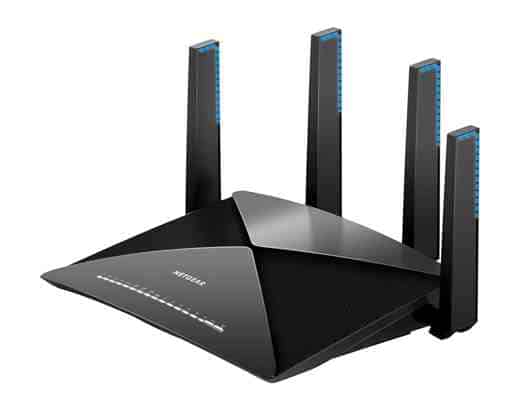 Technically speaking, Nighthawk X10 it's a consumer router but, like the Asus model above, it offers features usually found on corporate routers. Technically advanced like most of the routers on this list, it is rated at 2600 Mbps using 4 × 4 MU-MIMO and has plenty of LAN ports - seven Gigabits in all. You can aggregate a couple of them to reach 2Gbps, and there's also a 10G LAN SPF + connector for accessing the NAS (assuming you have a device that supports this technology).

Add a couple of USB 3.0 ports and powerful hardware (quad-core ARM processor clocked at 1,7GHz, 1GB of RAM, and 512MB of storage) and you can see why this Netgear router attracts enthusiastic businesses and consumers.

Its most intriguing feature, however, has to be support for 802.11ad, which is short-range, high-speed connectivity that requires the field of view to function properly. Also known as WiGig, operates in the 60 GHz spectrum and aims to replace wires altogether. 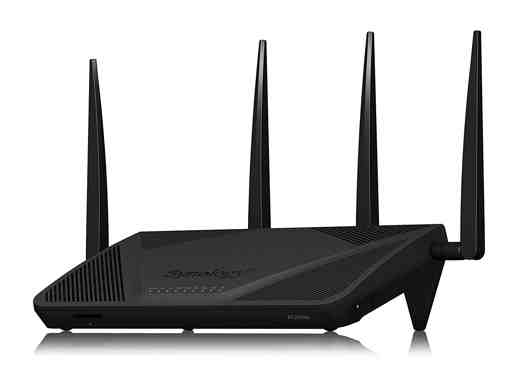 A NAS that thinks it's a router (or vice versa).

Synology RT2600ac is what you get when you blend a traditional wireless router with a networked storage or NAS device. The company is mostly known for its best NAS and while the modem doesn't boast the highest specs like most of the competition, the RT2600ac it packs a ton of features (like built-in VPN and the ability to aggregate two WAN ports) that are worth it.

Although it only has 4GB of built-in storage, you can connect an external hard drive and set up your own cloud service similar to Google Drive or Microsoft OneDrive. You can even download a selection of NAS-tier apps as a VPN client and server. Unfortunately, the selection of apps is poor at the moment and the ecosystem needs better support from the community, which hopefully can move forward.

As for the installation process and the more complex functions it offers, it is not a foolproof device, even though the Synology RT2600ac is much more accessible than most NAS devices. Keep in mind that this is only Synology's second attempt to come up with a router of its own, so despite some shortcomings, it still has a lot to improve.

After having listed the best professional routers on the market, to be taken into consideration before your purchase phase, below you will find an always updated list of the best-selling routers of the moment on Amazon.