Better AMD or INTEL? In this buying guide I want to help you discover the best processor.

In the last few years AMD has managed to establish itself in the CPU market thanks to its processors 9th Gen Ryzen (Ryzen 5900 XNUMXX), followed by Intel which recently released its Coffee Lake Refresh and Ice Lake, like the bestial Core i9-9900K.

In addition to these high-end holy monsters, there are however also cheap processors at really affordable prices with great value for money such as AMD Ryzen 5 5600X up to the processors HEDT (High-End DeskTop) such as Intel's Intel Basin Falls Refresh line for high-end computers.

Which PC processor to choose

Here are some tips and opinions for those who are not experts in PC processors and want to buy safely.

A good thing to consider before buying a processor is the performance of the core. The cores are responsible for carrying out the operations of a PC and significantly increasing the computing performance of the processor. In 2018 the best processors had 6 hours, today they also reach 18 cores.

Several models of Intel and AMD processors are overclocked standard or allow to do so by intervening via software or hardware. L’overclocking allows you to increase the processor clock so you can do graphics-heavy jobs without slowing down and playing smoothly.

La frequency clock, Also called speed, is nothing more than the number of operations per second performed by the processor, measured in Hz. The higher this parameter, the more the processor will be able to perform operations quickly. Today's processors manage to reach speeds of up to nearly 4GHz. The advice is to aim for processors that have a base frequency between 3,4 and 3,8GHz.

Before buying a processor to build your computer, always check the power consumption. Check that the power supply is capable of powering all components and watch out for overheating. Try to keep consumption below 150 W.

There are processors equipped with Turbo Boost, a function that helps increase the clock to speed up operations that require a greater workload. Through this function, the CPU will be able to exceed 4GHz and even reach 5GHz in some processors.

If you don't want to buy a graphics card for budget reasons, you should know that there are processors with integrated graphics card on the market. These are cards especially suitable for gaming and VR (virtual reality). Don't expect great performance though. 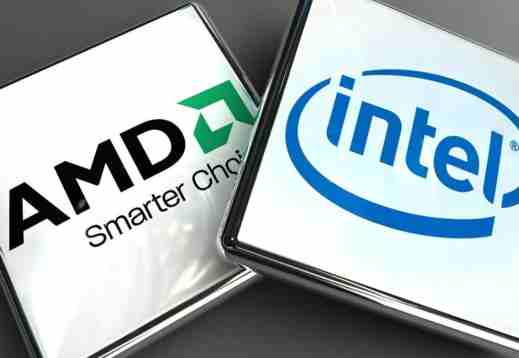 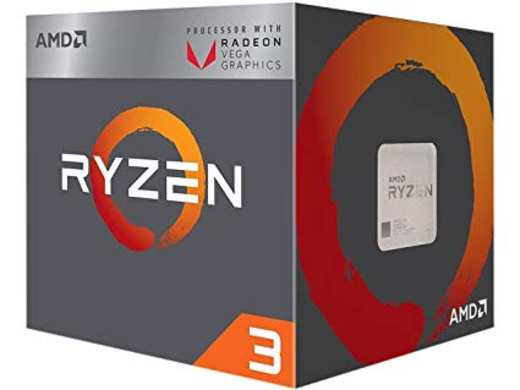 If you're looking to put together a budget-friendly gaming PC, AMD Ryzen 3 2200G it can take you very far. While it does not contain the hyperthreading capability of its predecessor, the Ryzen 3 1200, the introduction of integrated graphics makes this APU one of the cheapest ways to experience casual PC gaming. Its 4 physical cores reach 3.7GHz which together with an integrated video card (Vega 8 core) allow it to manage audio and video streams up to 4K while maintaining low consumption. The stock cooler is silent and manages to keep temperatures around 35/40 degrees at idle. To get the best results from this processor, I recommend at least 8GB RAM split into two 2 × 4 or 2 × 8 banks. As for gaming, you can safely play without framerate drops even at 1080 FullHD. 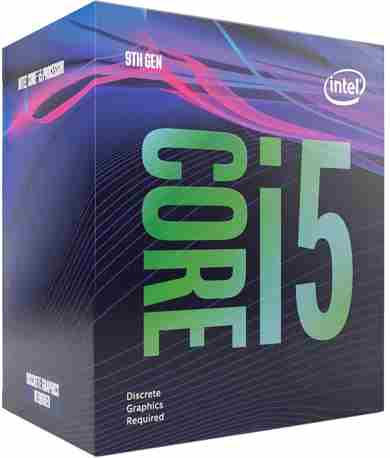 The processor Intel Core i5 9400F 9th generation you can afford to work on multiple tasks simultaneously and be highly productive. It is offered with a disabled iGPU (integrated graphics processing unit) and is able to maximize the speed of the most demanding applications, thanks to the Intel Turbo Boost technology, which accelerates the clock speed of the processor up to 20% in order to adapt to the work load. His 4,1 GHz maxi provided by Turbo Boost Technology, 6 hours and 6 threads make it perfect for the multitasking without compromising its efficiency. It also comes with 9MB Intel Smart Cache, 65W TDP and DMI3 bus speed of 8 GT / s. This unit is only compatible with Intel 300 series chipset based motherboards. The maximum internal memory supported by the processor is 128GB. 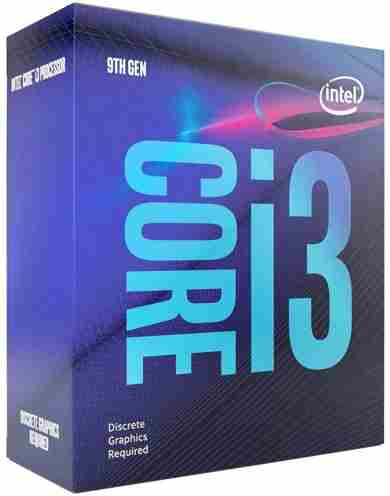 Intel i3-9100F is a low-end processor capable of reaching an operating frequency of up to 4.2GHz in mode boost. It installs on a motherboard with socket LGA 1151. It does not have multithreading support but it still operates at 3.6GHz on four cores with 3MB L6 cache and 65W TDP. The maximum memory size is 64GB with DDR4-2400 memory type. You can use this processor if you don't want to replace your old LGA 1151 socket motherboard. It is older than i3-10100 model. 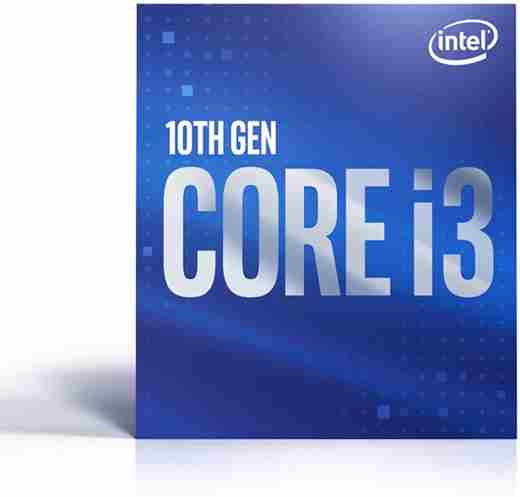 THEi3-10100 is the later version of the Intel Core i3-9100F and is the best Core i3 CPU for games of the moment. It offers solid gaming performance albeit a bit below the Ryzen 3 3300X. It can be used for both 1080p and 1440p resolution. Needs one LGA 1200 motherboard and with the addition of faster memory, it offers much better performance. The turbo operating frequency is 4.30GHz and the TDP is like the previous 65W model. If you are looking for a CPU with great value for money, then it is the CPU for your needs. 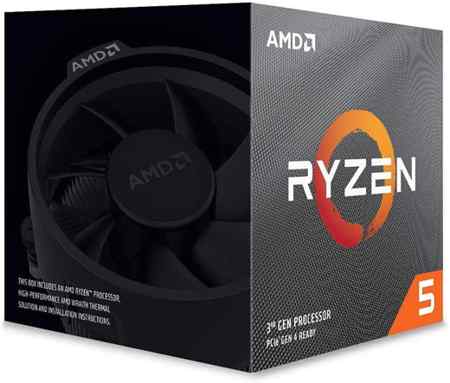 Il Ryzen 5 3600X it is the best processor for value for money, suitable for both games and productivity. At stock settings, the Ryzen 5 3600X regularly beats the most expensive Core i5-9600K in both categories, albeit with small margins in games, reversing the long-standing trend of Ryzen being the best CPU for productivity while Intel is for gaming. If you like overclocking, Intel processors offer more performance, but you have to equip your device with a cooler to get there, significantly increasing the cost. AMD, on the other hand, includes a very efficient cooler without pushing you to further expense. If you are looking for a fast processor with the ability to handle computing tasks with ease then the Ryzen 5 3600X is for you. 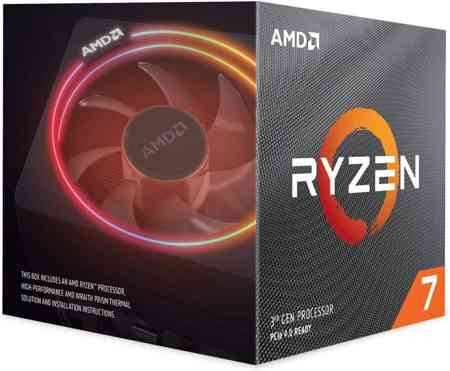 The single-threaded performance of the AMD Ryzen 7 3700X I'm still lagging behind Intel, but if you have to build a computer for video editing needs then this chip is perfect for you and can handle multi-threaded workloads. It also offers impressive performance and a Wraith Spire cooler at a very affordable price. 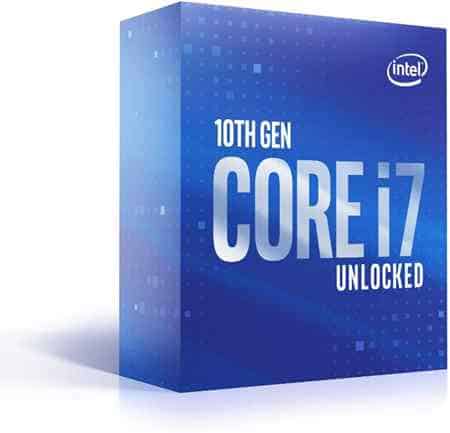 If all you care about is games and you prefer Intel chips, the Core i7-10700K it is a fast processor with a large overclocking headroom that nearly matches the gaming performance of Intel's flagship Core i9-10900K. The Core i7-10700K is equipped with eight cores and 16 threads and corresponds to the faster processors of AMD's Ryzen 5000 series. It also comes with integrated graphics, which is not an option with AMD's 5000 series processors. The Core i7-10700K features eight cores and 16 threads operating at a 3,8GHz base and 5,1GHz boost, making them adept at chewing on ample work and gaming loads. In addition, the next generation Intel Rocket Lake processors are compatible with the LGA 1200 motherboard you will need for this processor. 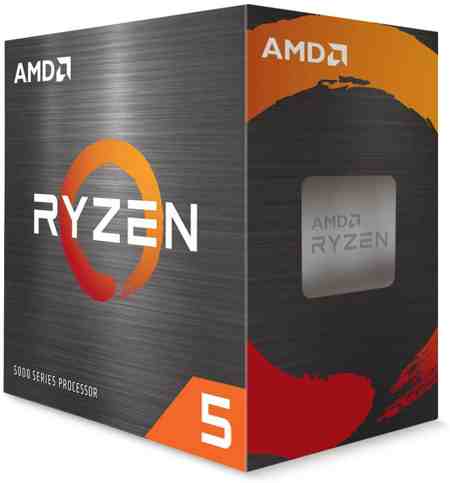 THEAMD Ryzen 5 5600X it is certainly among the best processors on the market. It is perfect for both gaming and working with resource-intensive applications. In games, the Ryzen 5 5600X even beats the Intel Core i9-10900K, which is an incredible feat given its price. Not to mention, it's the most energy-efficient desktop processor around. The Ryzen 5 5600X has a 3,7 GHz base and a 4,6 GHz boost clock, but with the right cooling and motherboard, you can expect higher short-term gains. The chip also has a TDP of 65 W, which means it runs exceptionally cool and quiet given its capabilities (the previous generation model was 95 W). Current AMD owners such as the 5600x integrate seamlessly with existing 500 series motherboards.

Support for 400 series motherboards will come next year. 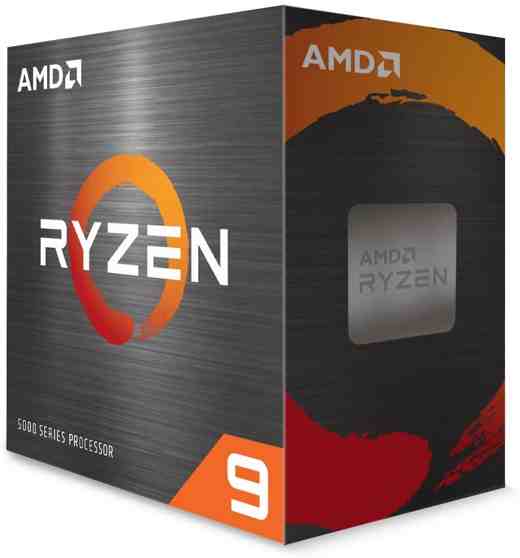 AMD Ryzen 9 5900X with 12 cores and 24 threads it is the best CPU you can buy for gaming on a high-end configuration. It is based on AMD's new 3 to 7 nm architecture and is efficient not only for those who want to play computer games but also for those who do creative work.

It also works well on older motherboards using x470 and 8450 chipsets or the recent x570 and B550. It expands its predecessors' mission to bring HEDT-class performance to traditional motherboards by lowering the level of access. 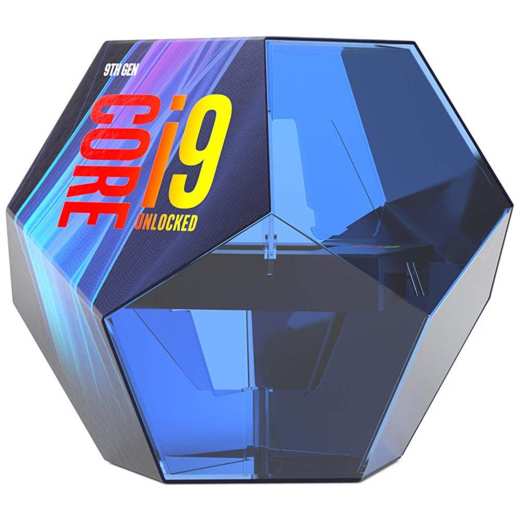 AMD's perennial war against Intel has heated up. Intel is back with a powerful processor, such as theIntel Core i9-9900K. With eight cores and 16 threads, it has more cores than any other mainstream processor Intel has ever released, and the performance proves it's worth it, it can go head to head with some chips. Ryzen Threadripper by AMD. If you're looking for raw performance, the Intel Core i9-9900K is by far the best processor available. 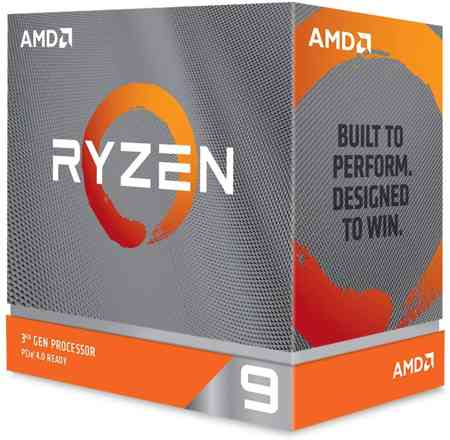 Ryzen 9 3950X it is the best performance CPU that can compete with HEDT processors. The 16 cores of the Ryzen 9 3950X run at a clock speed with a base frequency of 3,5 GHz, which can be increased by the boost function up to 4,7 GHz. The many cores allow it to work at a high frequency with loads of heavy work and incredibly fast timing. It is fully part of the Ryzen 3000 family where the performance / price ratio is practically a dogma. AMD's chip is based on the chipset X570 and on socket AM4, which means the 3950X can be used in a wider and cheaper range of motherboards. It only supports 128GB of dual-channel memory instead of Intel's supported quad-channel 256GB. AMD's chip also has fewer PCIe lanes, although it supports PCIe 4.0. In most tests, the 3950X is faster than the rival Intel Core i9-10980XE chip and is much cheaper. If you need a CPU for extreme creative work, it's a recommended choice. 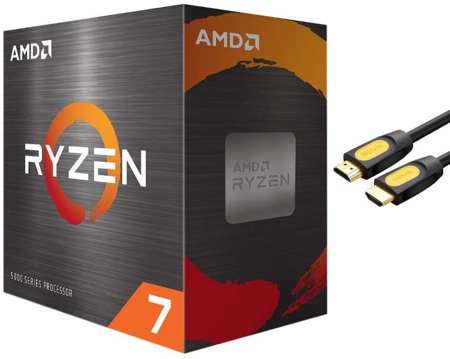 With the arrival of slightly lower performance when running old single-threaded apps, Intel has definitely lost its monopoly when it comes to gaming CPUs. This processor is certainly among the best gaming CPUs on the market thanks to its 8 cores and 16 threads to which the high single-core performance must be added. In addition to being affordable, it is also a great investment for those who do creative work with 3D graphics software. 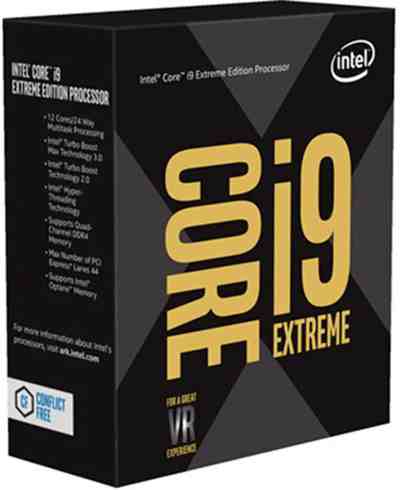 A fast and versatile, but expensive processor. 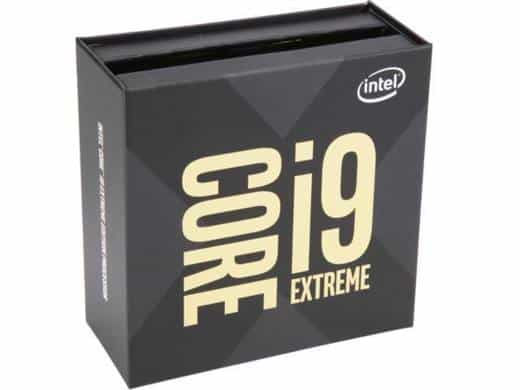 If you are the type of user who demands world-class performance and don't care about costs, theIntel Core i9-9980XE it is the best processor for you. With 18 cores and 36 threads, it completely destroys everything else in the market right now. With this chip, the multi-threaded applications and workstation-class projects will be a breeze.