A good tablet in addition to having excellent performance must guarantee a long autonomy. Compared to notebooks, tablets turn out to be lighter, more manageable and with a very simple usability. They also boast a much longer autonomy with durations, in some models, even of over 18 hours.

Tricks to extend the battery life of tablets 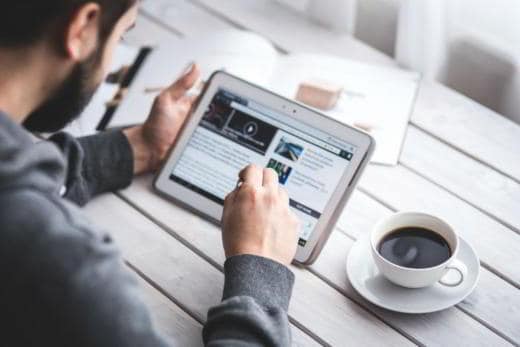 The tricks to extend the battery life of a tablet are different, let's see which ones you should apply:

Deactivate Apps - Keeping unnecessary apps open in the background takes a lot of energy. So try to close the apps you don't use and you will see an increase in battery life.

Install Updates - The current updates improve the performance of the system and serve to make the software more efficient with the hardware while also saving the battery.


What is the best tablet? Which model lasts longer than the others? In the tests carried out on the models listed below, battery life was taken into account using an Internet connection via Wi-Fi, a screen brightness set to 200 nits and continuous web browsing.


Note that screen size also has a different impact on battery life. A 10-inch tablet affects much more intensely than an 8-inch tablet. But no more chatter and let's see the best tablets in terms of durability, I hope you can find the one that best suits your needs. 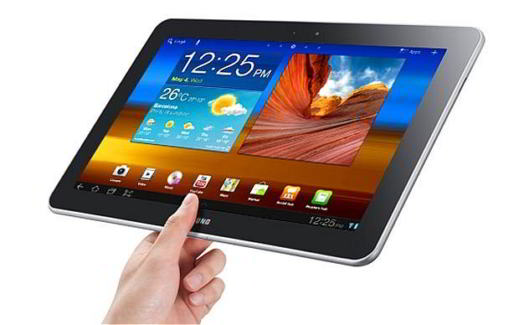 The Samsung Galaxy Tab A 10.1 is a 10 inch tablet long battery life. Its non-removable battery has a capacity of 7300 mAh and offers an autonomy of about 18 hours and 10 minutes with regular use, while with a minimum use over 53 hours.

This Samsung tablet dates back to 2016 and no updates have been released since then; yet it still remains one of today best long-lasting battery tablets 2018 with Android 7.0 Nougat, a large 10.1 inch Full HD display and a resolution of 1200 x 1920 pixels with a density of 224 ppi.

The photographic sector has two cameras: the rear 8 MP with single flash, capable of recording video from 1920 x 1080 pixels, and the front 2 MP. The processor, a 7870 GHz 64-bit octa-core Exynos 1.6 and Mali-T730 GPU, is flanked by 2 GB of RAM and 16 GB of internal memory expandable via microSD. 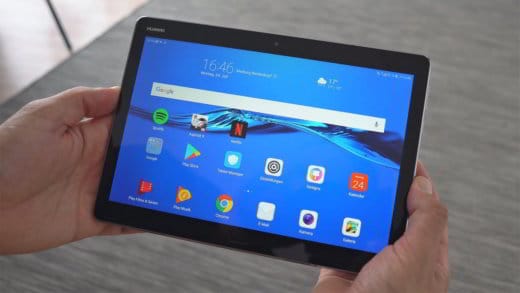 Huawei MediaPad M3 Lite is the budget alternative to the iPad. Its non-removable battery offers a capacity of 6600 mAh and allows an autonomy of about 16 hours, while with a minimum use it is possible to reach even 47 hours of autonomy.

Excellent build quality of the device that offers a 10-inch IPS display with a resolution of 1920 x 1200 pixels, which allows for sharp and rich contrast reproduction. The processor, a 435 GHz Octa-core Snapdragon 1,4 with Adreno 505 GPU, is supported by 3 GB of RAM and 32 GB of internal memory expandable with microSD.

On the front button, the Huawei MediaPad M3 Lite has a fingerprint reader and four speakers placed on the sides. The photographic sector has two cameras: the 8 MP rear one with autofocus and Full HD film recording and the 8 MP front one. The Android 7.0 Nougat operating system with the EMUI 5.1 customization closes the picture. 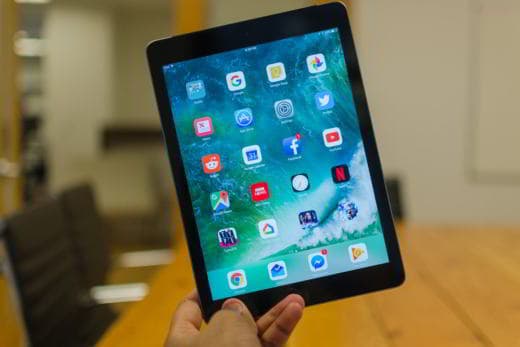 Apple iPad is the chicest tablet with one non-removable battery with a capacity of 8827 mAh. The new entry level iPad offers with a normal use of about 14 hours, while using it at idle you can get power for about 43 hours.

Extraordinary display (2048 × 1536 pixels) and simple usability: the long battery life allows the Apple tablet to illuminate 841.728 pixels more than the Full HD models mentioned above. Not only is the battery of this model more capacious than those of the iPad Air 2 and the 9,7-inch iPad Pro which instead boast a capacity of 7300 mAh.

The 9-bit A64 chip of this iPad gives excellent performance in both basic and heavier use. Available memory starts from 32GB up to 128GB. Do not miss the Touch ID, always fast and reliable. 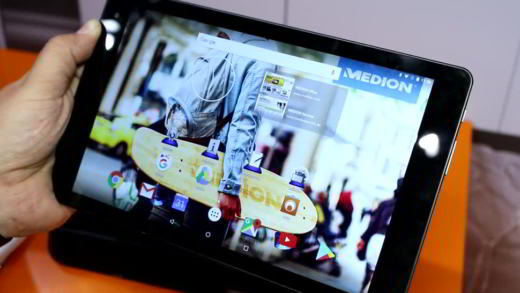 Very thrifty the Medion LifeTab X10607 is a 10.1 inch IPS tablet (1920 x 1200 pixel resolution and 224 PPI) with removable battery long term. Its capacity is 7000 mAh which with normal use of the device reaches about 14 hours of autonomy, while with a minimum use we are over 41 hours.

The battery is not the only advantageous element of the Medion which also has a fast charging function.

The CPU, an octa-core Snapdragon 430, consists of a chip made by ARM, which manages to divide the processor cores into two groups or quartets. The first has a power of 1,4 GHz and handles games for example, the second has a power of 1,0 GHz and manages programs like Facebook. By doing this the CPU will not work constantly, saving you energy and conserving the battery.

The processor, a Qualcomm Snapdragon 430 (MSM8937), is flanked by 2 GB of RAM and 64 GB of expandable internal memory. The photographic sector has two cameras: the rear 8 MP and the front 2 MP. The Android 7.1 Nougat operating system closes the picture. 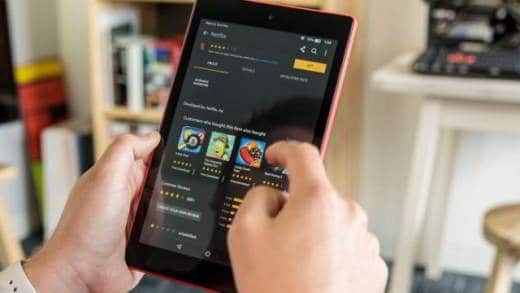 Amazon Fire HD 8 features a non-removable battery with a capacity of 4750 mAh, which results in a duration of 13 hours with normal use and 39 hours with minimum use.

Best 8-inch tablet with long battery life, Amazon Fire HD 8 features a 1.3 GHZ quad core processor with 1.5 GB of RAM and 16/32 GB of internal memory expandable via microSD. There are two cameras: the rear 2 MP with 720p video recording, and the front VGA for selfies and video calls. The operating system is Fire OS.

The 8-inch display has a low pixel density and therefore with a resolution of 1280 x 800 pixels.

This 8-inch tablet is not only cheap but with the next update it should offer the Alexa voice assistant. The only drawback is due to the low resolution which benefits energy consumption but penalizes the reproduction quality for photos and videos.