The policy of Apple towards the warranty two years for its products has always been the subject of criticism among enthusiasts.

The bottom line is that the company actually recognizes the two years required by law to private customers when purchases take place without intermediary resellers, but does not communicate it in a correct way, indeed, it is easy to fall into error and think that the warranty is only one year.

Added to this is a blatant promotion ofAppleCare Protection Plan, which only reaffirms the erroneous impression. 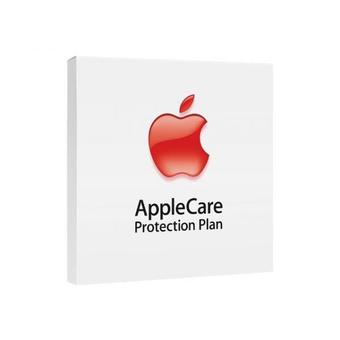 The result is that many people are induced to purchase the additional protection plan, convinced that otherwise they will be able to receive assistance only for 12 months, as if Apple were only the manufacturer and not, as in many cases, also the retailer.

Recently, after numerous reports, theSpanish antitrust, that is the body prepared to act as guarantor for competition and the market, has decided to intervene by providing Apple with a fine of 900.000 euros. A sum certainly not very significant for the Cupertino club, but which hopefully brings greater clarity for everyone.

However, Apple has already announced that it will appeal against this decision: we will see the results in the coming months.

In the meantime, it seems that the iTunes Match service, to transform all our music into iTunes songs automatically stored on iCloud, is in the pipeline in Spain: according to some witnesses, it would have bought a banner on iTunes advertising its availability. Immediately removed from Apple and disappeared from any page of the site, it could have been put online by mistake ahead of time, which would mean that the official debut is now near.