Amazon: online trading on the shares of the Hi-tech giant

Amazon is the leading company in the tech sector. To date, it has achieved monstrous sales volumes by extending its business to the entertainment sector as well (think of the expansion of Prime Video, Netflix's first competitor). Although the tech giant does not produce particularly interesting profits, the confidence of international investors always appears to be very solid.

Solid enough to withstand too an early autumn not really all roses and flowers, with the multinational led by Jeff Bezos attacked by governments left and right, and a corresponding downsizing of market prices, which currently remains fixed below $ 2.000, the future prospects do not look bad at all, with industry experts and traders fully convinced that all this is nothing more than a momentary, absolutely physiological stage for a large and prominent company. 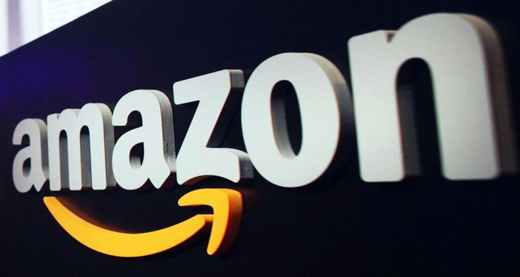 It is no coincidence, therefore, that the shares of the Bezos colossus are among the most traded in the world of online trading and financial investments. There are many traders and investment funds who continue to bet on a winning future for Amazon, thanks to a constantly growing market share for over 15 years now.

But beware, because trading on Amazon shares is not that simple. We must not forget, in fact, that like all hi-tech giants, Jeff Bezos' company also has to deal with a series of problems that could also reverse the trend. Obviously it is impossible to predict when and if this will happen but history teaches us that when such events occur, collapses are always very difficult to manage.

But let's go in order and try to take stock of the situation by trying to analyze any problems that could put the American e-commerce giant in difficulty.

When you are one of the most important companies in the world, it is difficult to keep completely out of trouble. Jeff Bezos' creature is no exception. As for Facebook and Google, Amazon has come under the crosshairs of various governments eager to accentuate as much as possible the tax burden to be presented, also trying to resort to ad hoc legislation but the results were far from satisfactory.

Not that the e-commerce giant doesn't pay taxes: however, like any other private company, it often manages to make use of bureaucratic quibbles with the aim of avoiding a few, obviously it always entered the limits of legality, while remaining borderline.

Among the most convinced attempts to impose limitations on Amazon must be included of the French action to impose a 3% tax on all French income of companies in the technology sector with turnover exceeding 750 million euros.

Bezos's reaction was not long in coming: instead of taking on this new taxation, absorbing the costs, the company has decided to pass this burden on the sellers operating on the platform with a 3% increase in commissions

This type of operation could not fail to alarm various Antitrust bodies, such as the Federal Trade Commission which, on the model of our own Antitrust agency, opened a file on the alleged illegal movements of the company made in Seattle, without for now obtaining anything.

As mentioned, Amazon's decision of increase commissions by 3% for third party resellers French did trigger the reaction of the FTC (Federal Trade Commission) which, resuming an investigation by the Spanish Antitrust, began the investigation into the Seattle company.


The accusation is leveraged on unfair influence that Amazon would have towards retailers who, having 90% of their turnover completely dependent on the Bezos platform, would be obliged to submit to any whim of the company.

However, as was easy to imagine, concrete actions are still difficult to initiate and this type of initiative they have not yet produced any tangible effects. Although the rating agencies are starting to be annoyed by these diatribes (not least the one with President Trump, who now seems intent on starting a real anti-Amazon campaign), nothing has really affected the goodness of Amazon shares-

While it is true that, at present, the Amazon prices are certainly not at an all-time high, hovering around $ 2.000, the ability of this company to cope with divergences, combined with the peculiar visionary attitude of its founder, have convinced investors to consider this moment as a simple step, far from something to worry about.

If you're wondering, after all we've said, whether it's a wise and thoughtful choice to buy Amazon stock, the answer can only be positive.

In fact, out of 50 analysts polled by Bloomberg, 47 recommend buying and only 3 to have a more wait-and-see and cautious attitude. Not even one advises or would dream of selling, and we are certainly not talking about the latest arrivals.

add a comment of Amazon: online trading on the shares of the Hi-tech giant