After the launch of Samsung's latest top of the range, the Galaxy S7, could not miss the response from Apple, which just today launched the new one iPhone SE, available in Spain in May and in circulation in the rest of the world from March 31st.

Aesthetically identical to the iPhone 5S and with the same hardware features as the iPhone 6S, the SE has one 4-inch retina screen with resolution 1136 × 640 pixels at 326 ppi and a 9 A64 microprocessor.

The choice of a 4-inch display is due to the fact that in 2015 the Cupertino company sold as many as 30 million 4-inch iPhones, despite the popularity of smartphones with much larger screens. The decision would also be linked to the choice of presenting a product much loved by Asian markets, especially China.

Twice as fast as the iPhone 5, the iSight rear camera and from 12 megapixel with Live Photos and 4k videos, and Touch ID with Apple Pay. The front lens, on the other hand, is a classic 1,2 megapixel FaceTime camera, with f 2/4 aperture, video recording up to 720p.

Available colors are space gray, gold, silver and rose gold. On the connectivity side, the iPhone SE has universal compatibility with LTE networks around the world, as well as a WiFi chip in 802.11ac mode, for instant transfers. The availability of Bluetooth in its 4.2 standard completes the equipment. 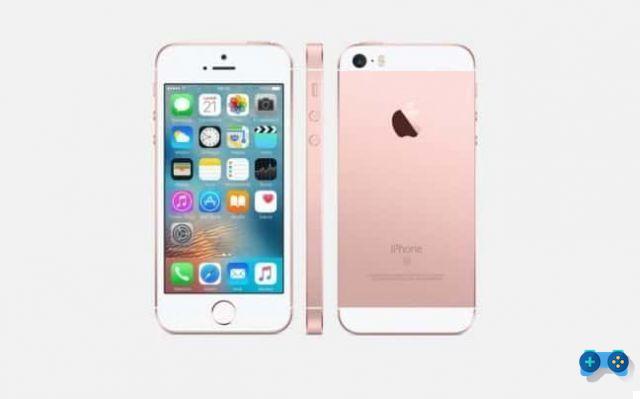 The operating system will be iOS 9 with a distribution with iOS 9.3 already pre-installed. This system will allow, among the many novelties, the modality Night Shift to make the most of your mobile device even at night.

The little one from Apple will cost for the version from 32 GB 509 euros, while for version a 64 GB 609 euros. It will also be available with pre-orders from March 31 in countries such as Australia, France, the United Kingdom, the United States and so on. In Spain, however, pre-orders will start from the beginning of April.


Among other hi-tech innovations, Apple presented the new iPad from 9,7 inches with a processor on board A9X, a smart keyboard, the Apple Pencil, an audio pro with 4 speakers and support for Siri. The price will start at $ 599.