2012 will see the arrival ofiPhone 5. The latest rumors say the iPhone 5 will have one screen from 4 ″ and will be joined by a processor Quad Core A6, screen Retina it's a new design slim and tapered a little longer than the stockier iPhone 4S model.

It is also expected that the iPhone 5 will include one new version of the operating system iOS and has support for mobile networks 4G / LTE, which could actually give the mobile to slaves speed up to 10-15 Mbps, compared to the 1,5 Mbps of 3G assigned by today's networks. 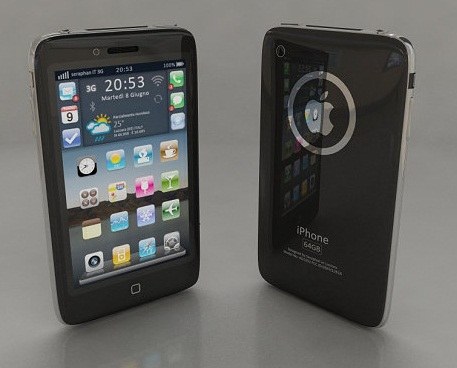 The predictions are that the iPhone 5 will be presented there next summer , although it could slip in early autumn as it did for the iPhone 4S. Steve Jobs replaced last October the release of the iPhone 5 with the iPhone 4S, because, according to some, he had changed his mind about the size of the screen. For him, the 4 ″ screen of the iPhone 5 would have "fragmented" the appearance of the iPhone line, since iPhones of previous generations were still on sale, like the 3GS and the iPhone 4, both 3,5 inches.


One technology that could appear in the iPhone 5 is theNFC o Near Field Communications, its purpose is to enable devices a to communicate between them a short distance. This way you can use the iPhone as a digital wallet to pay for things like food or train tickets, or use it on the iPad to control a Mac from across the room.

We look forward to seeing some good ones! ..