Are you on a deserted street and are you afraid of being attacked? Are you alone in the house and you no longer feel so safe? If you don't know, they exist lifesaving app for smartphones that can help you in difficult and dangerous situations, and become your guardian angel. These are applications that intervene in case of need by launching an alarm for you in a timely manner through geolocation.

Unfortunately, many areas of the city are not safe and the best way to avoid falling prey to an attack is prevention, so take five minutes and keep reading, because in this article I will reveal you the best life-saving apps for smartphones.

These applications are able not only to provide the GPS coordinates of your location to a friend or relative but also allow you to call emergency numbers on the fly. 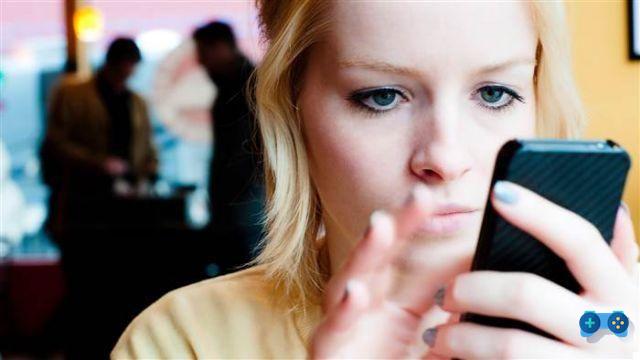 One of the best life saving apps is undoubtedly Companion, the app that never leaves you alone.

Born in the USA, the app Companion it was designed by college students who often find themselves having to walk around campus with deserted streets at night. The purpose of this app is to take advantage of the smartphone's geolocation to let a relative or friend follow you along your journey. In case of problems thelifesaving app will warn your guardian angel who can alert the police or contact any other necessary technical assistance.

Companion it is free but in English. After downloading it for Android e iOS, you must immediately perform a simple configuration indicating the country of residence, telephone number and after receiving the SMS with verification code add it to the Companion interface. Once the process is over, Companion will be sure that the number actually belongs to you and will ask you to provide some personal data such as name, gender and so on. 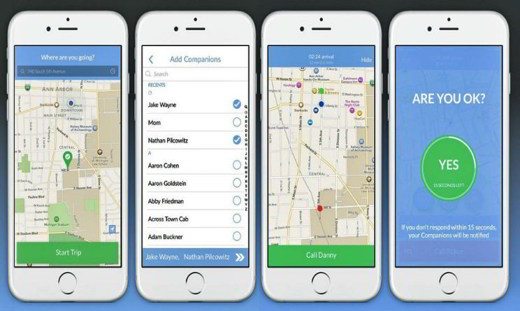 At the end of this brief introduction, the interface of Google Maps. In the center, your position is shown with a gray cursor indicating the arrival point of the route to be traveled. Just put the tracker on a nearby street. The selector turns green and brings out the key Add Companions. You are then returned to the phone book where you can select the contact you want. The GPS coordinates are immediately transferred to the selected person who can keep an eye on you by seeing you on the map. In this way, the one who follows you on the map, in case of danger, can call the police on your behalf.

A giant red button with the wording also appears on the Companion screen Call Police.


Among the settings you can put your hand on two important items which are: Location Update Frequency e Trigger Sensitivity. The first indicates within how many seconds your position must be updated (I suggest you set it between 2, 5, 7 or 10), the second instead manages the reactivity of the phone sensors (I suggest you set the value to Medium).

Another free life saving app is We are Safe! available for Android and iOS. This type of application was created to protect women from malicious people and its four functions: Alarm and sounds, Calling di emergency, SMS "Where am I" e Decalogue: behaviors, collected in a single screen are perfect for all emergency situations.

Alarm and sounds, consists of a red button at the top left and is used to set a very strong alarm capable of displacing the attacker. In addition, by configuring the camera flash on, you adjust the phone to play the SOS signal in morse code or to flash.

Emergency call, consists of a blue button in the upper right part and allows you to forward a phone call to a predefined number. In Spain the number is that of the Carabinieri: 112.

SMS "Where am I", is activated by pressing the orange key at the bottom left. Allows you to send a text message indicating your position to a number chosen by you.

Decalogue: behaviors, is a small handbook for dealing with emergency situations. You can open it by pressing the pink button at the bottom right.

Another one lifesaving app è Protechtor di Spee, Available for Android e iOS. This is a paid app that requires an annual subscription of approx 183 euros excluding VAT, which by applying the VAT become 223 € (please note that only one emergency call with the SOS or Help functions is included in the subscription). The app relies on the Panopticon European exchanges that offer rapid and advanced support. In the event of an emergency, the control panel itself will answer the call. The options included in Protechtor are: SOS, Help, Alert e Tracking and Scanning Services. 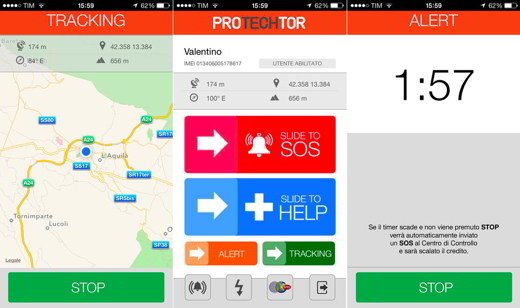 The first two activate the Panopticon station. SOS it is used in case of security problems, while Help indicates a medical illness or criticality. The control panel will contact the people whose contact details you left or the 118 emergency medical service. In both cases, your position will be recorded. By pressing one of the two buttons, the camera activates automatically and will send images and sounds to the station.

Alert it is a timed system. Pressing it will activate a timer lasting 2 minutes. If they pass without pressing the Stop button, Protechtor launches an SOS.

Tracking and Scanning Servicesfinally, it allows the control unit to monitor your movements and intervene in case of need.

How to switch from iPhone to Android without losing messages, photos, messages and apps

add a comment of The best life saving apps