How to take screenshots on Samsung Galaxy S20

Presented on February 11th and out for March 13th, in this guide I will reveal you come fare screenshot su Samsung Galaxy S20. Like many phones previously released in the Galaxy S series, there are several methods to take a screenshot with the Galaxy S20. Some are simple, some are complex.

Here is a quick overview of all the methods known for fare screenshot su Samsung Galaxy S20.

How to take screenshots on Samsung Galaxy S20 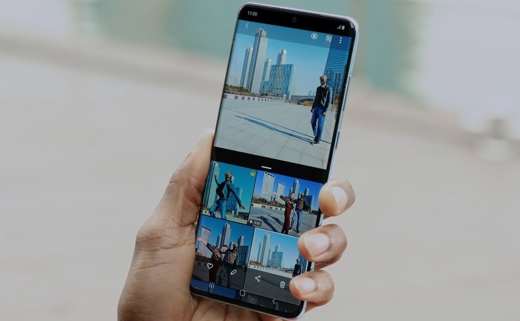 Taking a Samsung screenshot with your mobile device is very simple, but with the release of new top-of-the-range smartphones, screen capture methods have increased and sequences vary from device to device.

This is why this guide is intended to help you learn and deepen other methods in addition to the traditional one of the key combination, both if you are an expert mobile user and if you are new to a latest generation Samsung phone, such as the Samsung Galaxy S20.

This is the simplest and most common way to take a screenshot, and it pretty much works on all Android smartphones. All you have to do is press and hold the simultaneously volume and power button and the screenshot should be created in a second or two.

Go to the content you want to acquire. Press and hold simultaneously: Volume + Power Button.

2. Method: Swipe with the palm

Taking a screenshot on the Galaxy S20 with a flick of the palm may seem a little strange when you first try it, but you will soon realize that this is another handy solution for taking screenshots with the Samsung Galaxy S20.


Swipe the palm side across the entire display from left to right or vice versa to take the screenshot. This method will first need to be enabled by going to Settings> Advanced Features> Motion & Gestures> Capture with Palm Tracking and moving the switch to ON.

This method of capturing a screenshot with the Galaxy S20 allows you to capture the entire page of a website rather than just what you see on the screen. To get started, take a normal screenshot by holding down the volume keys and the power button at the same time (method one) or by swiping your palm across the display (method two).

Once this is done, some options will appear at the bottom of the screen. Select "Scroll Acquisition”(Square icon with down arrow) and keep touching it to continue scrolling the page. This way you can take multiple screenshots of the page that will be merged to create the final product.

Make sure to enable this Galaxy S20 screenshot method by going to Settings> Advanced Features> Screen & Screen Recording> Screen Toolbar. Move the switch to ON.

You can also use Bixby to take a screenshot just by saying “Hi Bixby“, But you have to set the feature by going to Bixby Home> Settings> Voice Wake Up.

Aside from Bixby, Galaxy S20 phones have them all Google Assistant onboard, which also allows you to take a screenshot with a voice command. Simply say the command "OK Google”To display Assistant. Then say the sentence and "Take a screenshot”Or type the command with the keyboard.

The function Smart selection from Samsung is great when you want to capture only a specific portion of the content displayed on the screen. You can take a screenshot in two different shapes (square or oval) and even create a GIF.

Make sure this method is enabled in your settings first. To check if it's on, go to Settings> Display> Curved Screen> Tag Edge Panels. Move the cursor to ON.

These are all known methods su come fare screenshot Samsung, I hope you can find the one that best suits your needs.

How to make money with WhatsApp ❯