This guide was created with the aim of warning you and making you understand that through a email address and your phone number, a hacker is capable of hack WhatsApp. That is why it is the case that you know the most used mechanism on how to steal WhatsApp account.

Two security researchers, Luis Maquez Carpenter ed Ernesto Canales Perena showed that WhatsApp presents a serious problem. In practice they have shown that anyone can get hold of an account with a truly trivial procedure. This procedure takes advantage of the security mechanism implemented by the most popular instant messaging app in the world. Let's see it in detail. 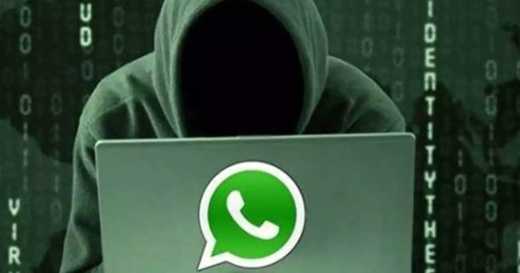 The procedure for hacking a WhatsApp profile is quite simple. First, the hacker will install a clean copy of WhatsApp on a smartphone for Android or iOS indicating the phone number of the victim, when the profile activation procedure asks for it.

At this point WhatsApp will proceed to verify the telephone number by sending the verification code on the victim's phone.

Since the hacker does not have access to the victim's phone, will enter codes at random until WhatsApp, detecting this highly dangerous thing, will block the victim's account for 12 hours.

The hacker pretending to be the victim, sends an email to WhatsApp technical support stating that the phone on which the code to be entered for the authentication of the profile was sent was stolen or lost, then asks to activate the profile on a new number.

Following this request, WhatsApp checks the authenticity of the email and then unlock the profile on the new phone, or on the phone of the hacker who will find himself having the victim's profile unlocked and working on his smartphone.


Read also: How to spy on WhatsApp from another mobile for free

Once the hacker gets hold of your profile, things get complicated for you. The only solution you have to regain possession of your WhatsApp account is to repeat exactly all the procedure described above, and then used by the hacker. So you will need to:

Obviously this procedure cannot be repeated indefinitely, but only for 3 times.

To conclude, the procedure described above will not allow the hacker to read the messages and the history of conversations made and received on WhatsApp, since these are data stored on the victim's smartphone. In this regard, I invite you to deepen the topic by reading our guide on: How to find out if your smartphone has been hacked

How to rotate a video shot with an Android smartphone ❯