In this article I will reveal how to make a panoramic image with the smartphone and then post 360 ° photos on Facebook. If you know what you need for spherical shots with your smartphone then read carefully what I am about to tell you and take five minutes of your free time to follow this guide step by step.

To create and obtain panoramic images with your smartphone, it is important to choose a place that allows you to embrace the whole landscape with a rotation of the body. Avoid visuals with overhanging subjects in the foreground, as the further away the subject is, the better the result. Always move calmly and avoid hectic movements by orienting your smartphone smoothly and with peace of mind. Arm yourself with patience and wait until 50 single photos have been taken considering that even with a dedicated app it will take a lot of battery power to stitch the individual photos into a single panoramic image. 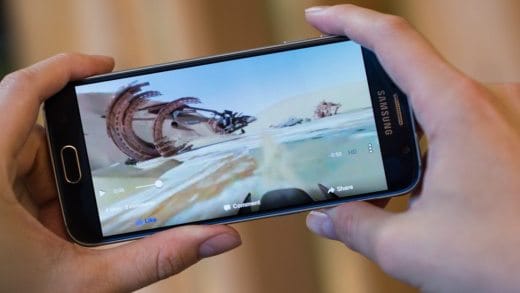 The first step for post 360 ° photos on Facebook is to download the free app Google Street View from the Play Store, if you have an Android device, or from the App Store, if you have an Apple device. After installing the Google app, launch it and choose the icon of camera orange at the bottom. At the first start it accepts the informative message.

To create a panoramic image, point the device at eye level and frame the green dot that indicates the starting point of the panorama, remaining still until the photo is loaded. Move your smartphone in any direction without losing control and frame all the orange dots.

Try to stay as still as possible and only turn the mobile device to avoid inaccurate panning. At the end of the stage on the check at the bottom right to complete the operation. 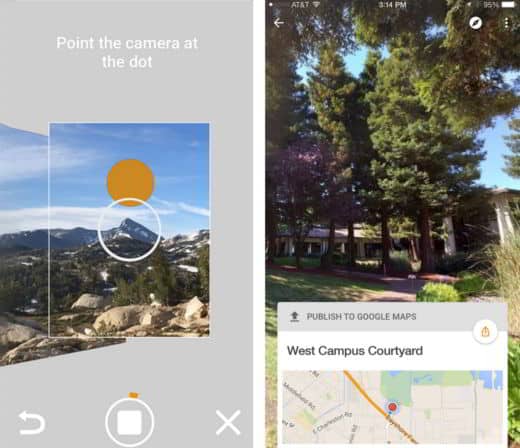 Take all the proposed shots if you want a 360 ° spherical photo. From the app Google Street View stage on the top button Private and scroll down the screen. All the photos you took with the smartphone camera will appear. Click on Select and choose the spherical photo you just took.

Stop on the button Upload (the up arrow) and at the end of uploading the photo, tap on the icon Public to share the image on Google Maps. A message will notify you that the photo will be made public and visible to all.

If you choose to share your panoramic images on WhatsApp, they will appear flat and not spherical. That said, you can send images via WhatsApp by tapping the button Share in Google Street View and choosing the Whatsapp icon.

Back in the Gallery, which contains all the photos taken with the smartphone and select your 360 ° photo. Now choose the person to share it with.

In addition to Google Street View there are many other apps that simulate the behavior of the camera specializing in 360 shooting. Among the best we have:

Yellow triangle with exclamation mark on WiFi: how to solve limited access

How to optimize images for SEO

97%
We have been able to give 97% of times, the solutions that users were looking for when consulting our page.