How to avoid losing license points

Do you want avoid losing the license points after committing an infringement of the highway code? If you still don't know, there is a solution that will allow you to avoid the deduction of license points.

All you have to do is keep reading this guide, because I will reveal to you how not to lose the points of the driving license with a little ploy that will absolutely not violate the Constitution.

The fine that was sent to you at home, after committing an infringement that you could not contest, does not certify that you are the actual owner of the vehicle and therefore the person responsible for the violation of the highway code. That said, the owner of the car is forced to pay the fine within 60 days and to communicate the name and the driving license data of the person who actually drove the vehicle. Only after this communication will the points be deducted from those who drove the vehicle. In this regard, I suggest you also read: Unjust fines? Here's what to do. 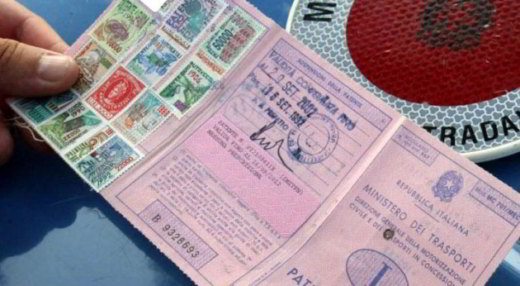 However, if you fail to provide the driver's details, you will have to pay a second fine of € 286.


At this point, if in addition to being the owner of the car you were also the actual driver, you can:

Of course it is a solution that can be adopted by those who have few points on the license and have no intention of going to a driving school to carry out the recovery courses of the license points. It is a system that according to the Constitutional Court it does not violate the principle of equality of citizens even if it favors those who have greater economic possibilities than those who, unable to afford the payment of a second fine, are obliged to communicate the data of their driving license.


In conclusion, it is possible to remain anonymous and pay, for failure to notify the driver following an infringement report, the fine of 286 euros and avoid losing the points of the license.

Also take a look at: How many points do you have on your driving license?

How to avoid advertising on our Facebook profile ❯

add a comment of How to avoid losing license points