The official announcement of the inclusion in the most famous social network in the world, had already been given by the CEO Mark Zuckerberg last October. The new reactions will have to accompany the classic thumb to express a virtual emotion for a comment, a photo or any other content shared by the pages and users. 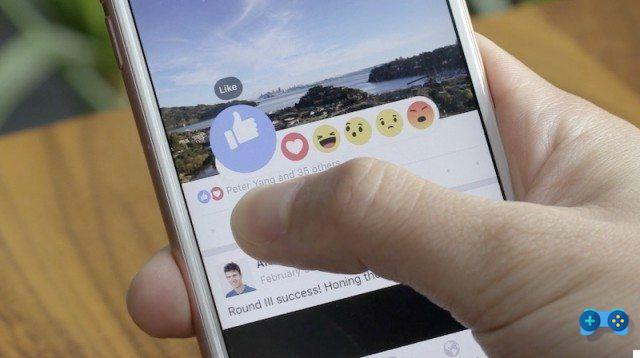 The introduction of the new Facebook reactions took place around the world on February 24 with the name Facebook Reactions. If someone will use a reaction about your status or whatever you put the "I like it“, Facebook will notify you. Furthermore, the "I do not like“, Erroneously announced by newspapers around the world.

Apparently, it is likely that Facebook will exploit the "reactions"Also in the advertising field, highlighting the contents more prominently. The same goes for the managers of the pages, who through the "Reactions" will be able to take care of the posts of their articles by analyzing the reactions of their fans.

Read also: How to thank everyone for their good wishes on Facebook

How to sync Gmail with other email accounts ❯