How can I see what euro my car is

With the ecological days, also called car locks, imposed by local administrations, it has become increasingly important to know the euro class of your car that's why if you are wondering how do i see what euro my car is, just read this guide.

To see that the Euro is a car, it is important to know its environmental class, also known as the Euro. It is a standard decided by a series of directives issued by theUnion European to regulate the emissions of pollutants by vehicles and used by local administrations to decide which vehicles are allowed to circulate and which are not. The car lock it concerns cars Euro 1, Euro 2, Euro 3, Euro 4, Euro 5, while the exempted categories are: i electric vehicles e hybrids, those a methane and gpl, motor vehicles Euro 6 (diesel e benzina), i mopeds 2-wheel with 4-stroke Euro 2 ei engine motorcycles 4-stroke Euro 3.

How can I see what euro my car is 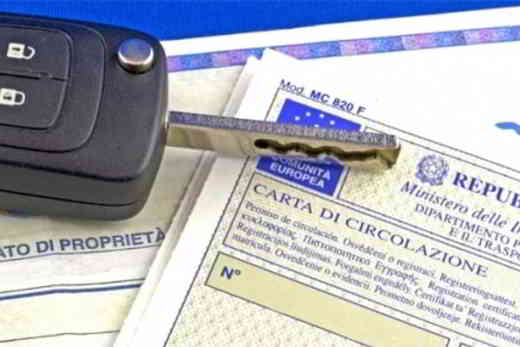 To see which environmental category your vehicle falls into you will need to take the vehicle registration document. Alternatively, you can check for yourself which other online services offer the information to see that the Euro is a car.

How to see Euro cars from the vehicle registration document

Discovering the environmental class of a car or a motorcycle is possible right through the vehicle registration document. All you need to do is read the reference at the bottom of box 2 (for the old booklets), while in the new type registration books the indication is given at letter V.9, in box 2 and is often integrated with other specifications in box 3. 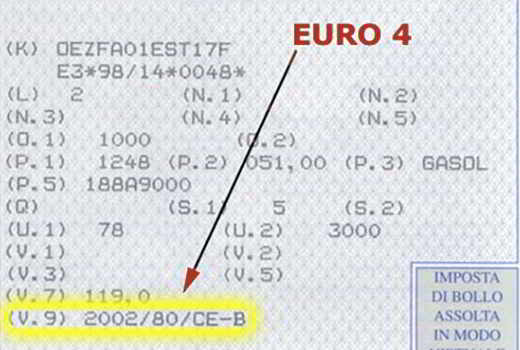 Below is a list that specifies to which environmental approval class or pollution class (from Euro 1 to Euro 5) a car belongs. The abbreviations with the anti-pollution directives for cars have grown dramatically over the years.

How to see if the car is Euro 1

How to see if the car is Euro 3

How to see if the car is Euro 4

How to see if the car is Euro 0


Portal of the Motorist 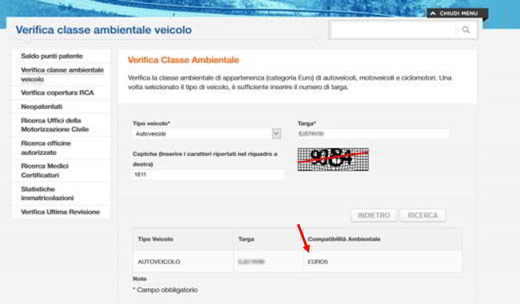 In case you are at home and you do not have your car registration document with you and you want to know if your car can circulate or not, just remember the license plate. The website of the Ministry of Infrastructure and Transport, the Motorist's Portal, not only provides information on the driving license points balance but also on how do i see what euro my car is.

After connecting to the official website, go to the section Online Servicesin Check environmental classpiggy back his Go to the service. On the next page in Type vehicle, specify one of the items between Motor vehicle, Motor vehicle, Mopedwhile in the box Plate, indicate your license plate number. Enter the Captcha code and finally press the button Research.

At the end of the search you will be shown the compatibility environmental Euro of your vehicle.

Renewal of the ACI stamp 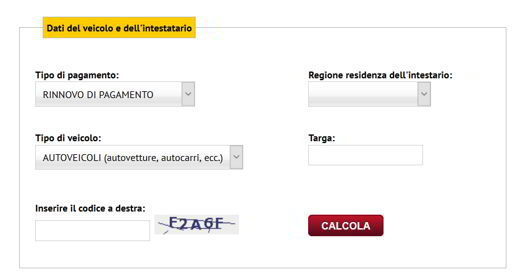 Il ICA portal offers an excellent service to users, that of calculating the amount of the road tax of their vehicle online, also allowing them to see the euro car class.

The tool, in addition to being free and fast, will reveal the amount of the road tax to be paid and the Euro class of your vehicle. Connect to the Internet page Calculation of the car tax of portal ACI and enter your vehicle data. That is to say Type of payment, Region of residence of the holder, Type of vehicle, Plate, Code safety and press pulsating Calculate.

On the next page, in addition to the cost of the stamp, in the section Riepilogo technical data of the vehicle, next to the item Device Ecological is indicated Euro environmental class of your vehicle.

How to make Chrome read a web page ❯