How Amazon Prime Video works. Here are the costs and advantages of Amazon's on-demand TV streaming with Movies and TV series, a valid alternative to Netflix.

Amazon Prime Video Spain it is a free service included in the subscription Amazon Prime, whose subscription allows you to get free shipping on over 2 million products and reduced delivery times, with access to other services, at the monthly cost of 3,99 € or 36 euros per year. New customers can try it for free for 30 days, with no renewal obligation, while students can benefit from Amazon Prime for half price by subscribing to Amazon Prime Student. 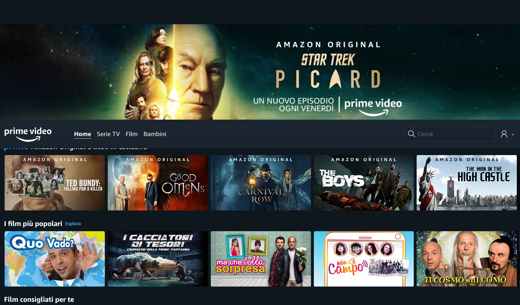 It is a streaming system whose content such as movies, TV series and children's programs are available in resolutions up to 4K, played according to the strength of its connection. All without advertising and usage limits.

On the mobile side, the service is available for Android, iOS and Kindle Fire tablets. On all these mobile devices you can download content for watch them offline.

For iOS devices (iPhone and iPad) there is also support for AirPlay which allows you to project on Apple TV Prime Video content viewed on iPhone and iPad. Alternatively, you can still buy the Amazon Fire TV Stick or exploit chromecast, the dongle from Google, to view content on the TV wirelessly through the Prime Video app for iOS and Android.

Prime Video also works as an application for Smart TV Sony, Samsung, LG and so on. It is also compatible with the best video game consoles on the market (PS3, PS4, Xbox One), Apple TV and with NVIDIA Shield. In order not to miss anything else, it also supports devices Echo Amazon with screen. 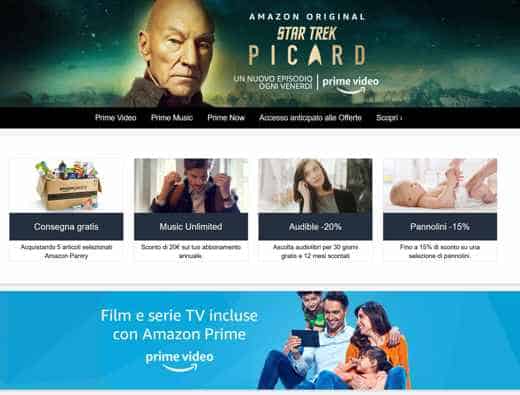 If you are wondering how to pay for Amazon Prime Video, read carefully the costs and benefits of the service.

After registration, you will also be able to access Amazon Video for 30 days for free. At the end of the trial period, the renewal of the subscription will be automatic (you will pay 36 euros per year or 3,99 euros per month).

After activating your Amazon Prime subscription, you need to connect to the Amazon Prime Video page and click on Log in, top right. Log in with your Amazon account and start using the service.

How to use Amazon Prime Video

Prime Video content is available in Spanish and is categorized. You can find:

In catalog of Amazon Prime Video Spain you will find interesting titles. Among the most popular TV series are: Mr. Robot, The Tudors, This is US, Dawson's Creek, Fear the Walking Dead and many others. Also for children, the series are interesting: Creative Galaxy, Spiderwick The Chronicles e Wishenpoof.

Side Film you will find all the classic titles, such as Il Gladiator, Ace Ventura, Jurassic Park, The Big Lebowski, and more recent films such as the entire saga of Fast & Furious.

How to watch Prime Video on TV 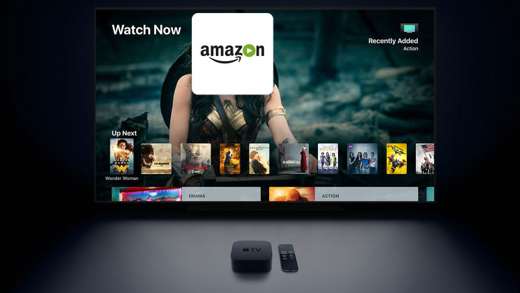 You have several options to watch Prime Video content on TV:

Always remember that access to the service has a maximum of 3 devices simultaneously. 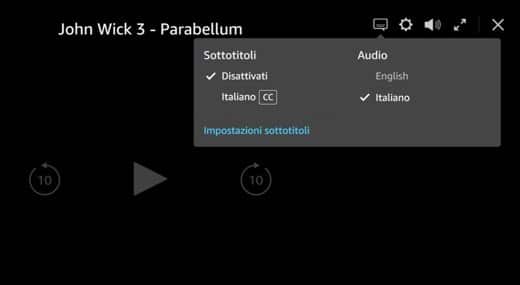 After choosing the film or TV series to put the subtitles in Spanish, you must first check the presence of the voice Subtitles: Spanish [CC].

Start the film and press the icon Languages ​​and subtitlesat the top to select Spagnano [CC] in Subtitles and Subtitle Settings, specify the size and color. Options that you can customize by going to the menu and selecting the item Account and Settings> Subtitles.

In some movies or TV series, always in the section Languages ​​and subtitles subtitles in other languages ​​and the ability to change are also available Audio in a language other than Spanish. 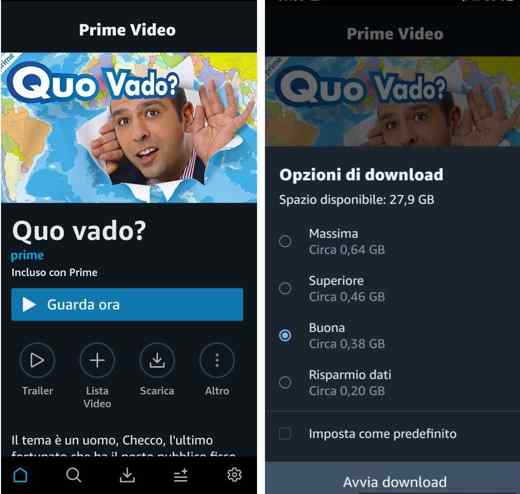 Download Prime Video titles to view them offline through the official app it is very simple. All you have to do is open Prime Video, search for the movie or series you are interested in, click on it and hit the icon Discharge (arrow pointing down), present in the content tab and then on the button starts download for free specifying one of the options present: Maximum, Top, Good o saving give.

At the end of the download you can view the content locally and press the play button.

How to disable Amazon Prime Video

Since Amazon Prime Video is a subscription service of Amazon Premium, to cancel it you must also cancel the Prime package. For more information, I invite you to read: how to deactivate Amazon Prime.

add a comment of How Amazon Prime Video works: costs and benefits